THE MOOMINS AND THE GREAT FLOOD
Tove Jansson 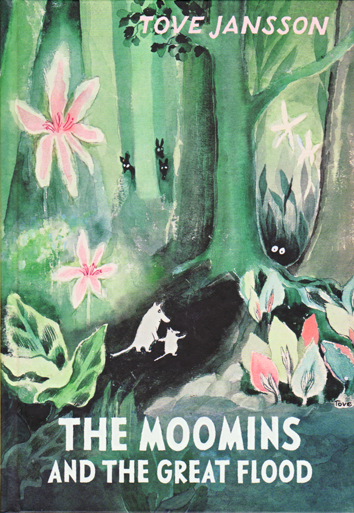 This cover is a watercolour version of a similar illustration that appears in the book. In this picture we get a sense of the diminutive size of the Moomins and the mysterious world they encounter on their quest to find a new home before the onset of winter. 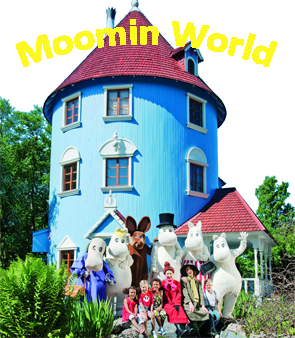 Moomin World theme parks in Finland and Japan offer an experience for young children (and old). Unlike traditional theme parks there are no rides. Instead, the park aims to provide live shows and allow patrons to explore the world of the Moomins. A main attraction is Moomin House, which is represented in Tove Jansson’s map from Finn Family Moomintroll.

The Moomins and the Great Flood was the first Moomins book Tove Jansson published in 1945. It was to be followed by another eight novels and short story collections as well as three illustrated picture books. I recently reread Moominpappa at Sea and acquired all eight books in the series in a beautiful hardcover collectors’ edition published by Sort of Books. The Moomins and the Great Flood, however, was mostly out of print until 1991 when it was reprinted in Scandinavia. My edition reproduces Tove Jansson’s preface to that edition, in which she explains that she began the story at the beginning of the Second World War.

The Moomins and the Great Flood is not as developed as the novels that were to follow. Nevertheless, it is a fascinating window into the world of the Moomins for fans of the books. It introduces the characters Moominmamma and Moomintroll, primarily, since Moominpappa is missing for much of the story. It also features a character identified only as a little creature that looks very much like Sniff from later books, as well as the Hattifatteners, strange worm-like creatures that seem to emerge in multitudes from the ground and do not speak, and the Hemulen. The book includes some of Jansson’s earliest artwork for the series, beautifully reproduced in sepia and black and white drawings throughout the Sort of Books edition.

The plot is fairly basic. Moominmamma and Moomintroll are searching for a place to live before the onset of winter. They do not know where Moominpappa is but suspect he has gone off with the Hattifatteners. As they emerge from the great forest, they encounter different creatures who are either a threat or a help to them along their way. One aspect of the Moomins I must have forgotten (and does not seem to have been made obvious in Moominpappa at Sea) is how small the Moomins are. Many Moomins, we are told, live behind stoves in human houses. They are small enough to float upon a lily pad. Moominmamma holds a tulip above her head in one scene. Over and over, it is impressed upon the reader the vulnerability of the Moomins. The great forest is dark and mysterious in Jansson’s illustrations and the Great Serpent looms above them. On the whole they are dwarfed by their environment, but they push forward intrepidly.

The Moomins’ world is expanded by those whom they encounter during their quest. Sometimes the encounters are threatening, like the ant-lion, at other times helpful, like the marabou stork who helps them look for Moominpappa. Sometimes, their world is made more magical for their encounters. In a scene that anticipates Roald Dahl’s Charlie and the Chocolate Factory, published nineteen years later, Moominmamma and Moomintroll, along with their companions the little creature and Tulippa, are treated to a magical landscape inside a mountain by an old man in a top hat. Fruits they have never seen hang from the trees, the grass is fine-spun sugar, the snow is ice-cream, a burbling stream is green lemonade and Moominmamma sleeps under a chocolate tree. Yet even this idyll has its negative side. Moomintroll gets a tummy ache from lack of proper food and Tulippa can’t sleep because of the artificial sun that shines continuously on the old gentleman’s world.

Of course, this is central to the problem of the book: of finding a place where one belongs and can call home. But the problems that threaten that dream are both dangers and opportunities. My dear little boy, how you have grown! Moominpappa says to Moomintroll when they are finally reunited. And we get the sense that he really has, having dealt with a vicious ant-lion, traversed the mysterious world beyond the forest and overcome the dangers of the great flood.

I remember my impression reading the Moomin stories as a child – and I still get it as I read this book for the first time, many years later – that there are interior and exterior worlds in Moominland. Jansson, as a Finnish author, was used to the cold of winter, and she imbues her stories with both the threat and magic of the winter months, and the subsequent world of summer and its opportunities. But what stood out to me as a child was the emphasis on finding homes and safe havens – a map of the Moomin house is reproduced in Finn Family Moomintroll and the Moomin house is a feature of the theme parks in Finland and Japan – whether they be the haven of family, the family home or even the lighthouse Moominpappa moves the family to in Moominpappa at Sea. Each book has a sense of the mystery and magic of the wilder world and its dangers, balanced by this sense of haven represented by family and home.

This first Moomin book is already establishing those aspects of the later series, in the search for Moominpappa, in finding the Moomin home of the later series and in overcoming the various threats of the journey. This book may not be as developed as the succeeding stories, but it sets their tone, and it introduces the key characters along with Jansson’s wonderful artwork. The Sort of Books edition is a beautiful edition to own if you can get it, and an excellent way to introduce a child to this magical world.

I love these books. 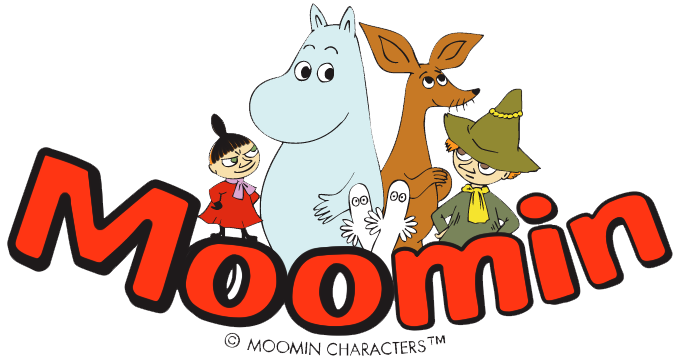