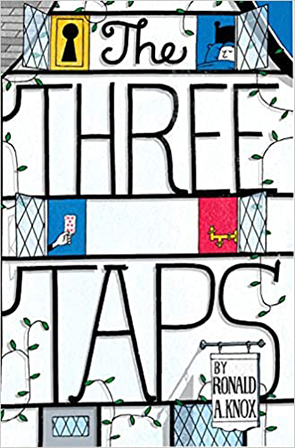 This is Monsignor Ronald Knox’s second mystery and his first to feature his main detective, Miles Bredon. Bredon works for the Indescribable Insurance Company, investigating suspicious claims on its behalf. As seems fairly standard, Bredon has his offsider. His ‘Watson’ is his wife, Angela. Bredon and Angela make several joking references throughout this book to Angela doing her Watson impersonation, but she is actually pretty intelligent and a good foil for Bredon, who doesn’t seem to be as smart as Angela. They work well together as a couple.

The book opens with several amusing pages describing the Indescribable Company and their various policies, including a joke that “a burglar can insure himself against a haul of sham jewels and a clergyman against insufficient attendance at evensong.” We then meet Mr Jephthah Mottram who holds a euthanasia policy with Indescribable, a policy that he has contracted to pay heavily for, up to age 65. If he dies before that age, Indescribable will pay his heirs £500,000. If he reaches 65, Indescribable will pay him (and only him) an annuity for the rest of his life. Mottram is 63 and has been diagnosed with a terminal illness which is likely to cause his death within 2 years. In other words he will likely die just as his entitlement to the annuity is realised, giving no benefit to him or his heirs. Mottram unsuccessfully attempts to amend the terms of the policy with Indescribable. So, when Mottram turns up dead by gas poisoning just a few months later, Indescribable is suspicious and sends Bredon off to the countryside to investigate if the death is suicide or murder. The euthanasia policy has a clause denying payment in cases of suicide.

The police, of course, are also interested in how Mottram met his end, and send in Detective Inspector Leyland to investigate. Leyland and Bredon turn out to be old friends who are happy to work together to solve the case. One is convinced it is murder, the other is convinced it is suicide, and each finds evidence to support his case. We don’t actually find out which it is until the very end. Bredon would have no reason to stay involved if one or the other was definitely proved. His role is only to determine whether or not Indescribable should pay up on the policy. If it was obviously murder or suicide in the opening chapters, there would be no reason for the story. So, instead of an obvious answer early in the book, we swing back and forth between the two possibilities as various pieces of evidence are discovered. To up the stakes a little, Leyland and Bredon have a side bet on the outcome, which they double several times over the course of the book. A little unprofessional of them perhaps, but they’re old friends and it does give each of them more incentive to keep working hard at the investigation.

There isn’t really a lot to actually investigate, however. The main problem Bredon and Leyland face is working out how Mottram died. The field of suspects is very small and money seems to be the only motive, which is not usual for the genre. This is a very different book to a typical Agatha Christie mystery, for instance, where there is a large pool of suspects, each with a different motive.

But the appeal of this book isn’t the investigation. It’s in the way Knox tells his story and creates his atmosphere. This was just enjoyable to read, partly for the banter between Bredon and Angela, and partly for the sense it gave me of what it would be like to visit a small English village in the 1920s. That is something I’ve noticed in the Golden Age books I’ve been reading lately; the sense you get of the social history of the age, of the mores and behaviours. While good historical fiction can also give you a sense of place, sometimes modern writers imbue their characters with modern attitudes. I’ve recently discovered many examples of mysteries written in the early twentieth century that I love for the atmosphere and the sense of the time they give me, even if their drawn-out descriptions lead to slower paced stories compared to modern mysteries or thrillers. This is one of those books.

Overall, this was a light-hearted mystery that appealed to me in the way it evoked the atmosphere of the 1920s in my mind. Knox created a clever mystery out of what, if I’m being honest, sounded a bit tedious from the description. I really didn’t expect to enjoy this one quite as much as I did. My only quibble with it is that at the end when the various alternative solutions are laid out, I would have preferred the first one to be correct, not the eventual solution. The rejected solution just seemed to be the cleverer option to me.

In addition to his mysteries, Ronald Knox is remembered for his 10 commandments of detective fiction.

From what I read of Knox in The Golden Age of Murder, he very firmly had his tongue in cheek when he made this list, unlike S. S. Van Dine who sounds like he was in earnest with his 20 rules for detective fiction. Van Dine's rules are listed at the bottom of my review of his first book. Knox was a Catholic priest, so it probably appealed to his sense of humour to compile a list of commandments for his fellow members of the Detection Club. He made this list in 1929, and apparently all members of the newly formed Detection Club agreed to adhere to the list. Of course, they didn’t religiously follow them, especially if that would get in the way of a good story.

If you would like to read Knox's full version of his rules, complete with snide comments on his fellow writers, his original article was reproduced in Best Detective Stories in 1939, which can be read here 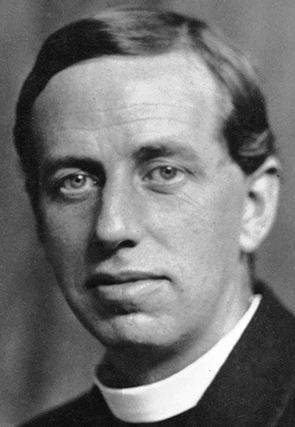 Reverend Monsignor Ronald Knox
Ronald Knox was a Catholic priest who published many religious articles and books in addition to his mystery novels. Apart from this, he was also known for a notorious radio broadcast called Broadcasting the Barricades, a simulated live report of a revolution in London. Rather than being recognised as entertainment, many people believed the broadcast was news, causing a minor panic. Orson Welles suggested later that this broadcast gave him the idea for his 1938 War of the Worlds broadcast. You can read a detailed account of the broadcast here
Widget is loading comments...