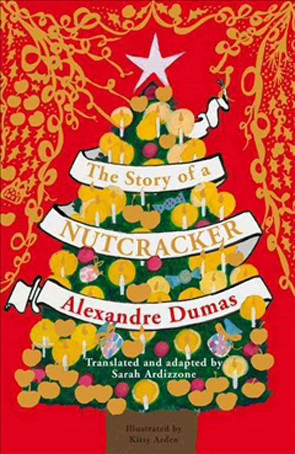 The Story of a Nutcracker
Alexandre Dumas

The Nutcracker is a popular ballet, especially at Christmas time, and most dance companies have it in their repertoire. Disney even has a new movie out this year (2018) loosely based on the story, The Nutcracker and the Four Realms. But until I found this book in a bookshop last year, I had no idea that the story was based upon a book by Alexandre Dumas. Dumas actually based his story on an earlier German story by E. T. A. Hoffman, The Nutcracker and the Mouse King, but the Dumas version is the one used by Tchaikovsky as the basis for his 1892 ballet.

I bought the book last year, but put it aside and forgot that I had it, until I found my copy recently while tidying up my books. Bikerbuddy took it away to put a protective cover on it for me. Then it was early December, Christmas decorations were up everywhere and Christmas music was playing in all the shops. I felt in the mood for a Christmas themed book, and at just that moment, bikerbuddy returned this one to me. It was an obvious one to read.

I am told by a friend who has read the Hoffman version that it is a fairly dark tale, in the tradition of the German fairy tales he based the story on. Dumas’s version is much lighter, but there are a few dark elements still in the story, such as the harsh revenge Dame Mousey takes upon Princess Pirlipata and the handsome nephew of Dr Drosselmayer.

It is written as a story within a story within a story, with Dumas starting the main framework of as the narrator who is forced by a pack of children, who have captured him and tied him to a chair, to tell them a story. In a mixture of Gulliver tied down by Lilliputians and Scheherazade inventing to save her own life, he has to make the story a good one or he will be in trouble. I was expecting a return to this narrative frame at the end of the story to complete the circle and was disappointed when this didn’t happen. Was his story exciting enough for the children? We will never know.

To someone familiar with the ballet, the structure of the book is strange. Act I of the ballet sets the scene at Clara’s house (called Marie in the book), with the gift of the Nutcracker doll on Christmas Eve, the dancing and playing during the evening, and the breaking of the Nutcracker. Clara returns downstairs after the party to search for the broken Nutcracker and walks into the battle between the Nutcracker and his army of toys, and the Mouse King and his army of mice. With the Mouse King defeated with Clara’s help, the Nutcracker is transformed into a handsome prince who takes Clara on a journey to a magical land, the Kingdom of Sweets. Act II is then a series of divertissements, with Clara entertained by a series of dances, such as the Arabian Dance, the Waltz of the Flowers and the Dance of the Sugar Plum Fairy.

In the book, the visit to the Kingdom of Sweets is much more minor, taking a mere 18 pages to describe. Most of the book is concerned with Marie and her brother Fritz playing with their new toys, Marie’s strange midnight adventure when the mice attack, and her recuperation in bed after hurting her arm in the attack. To amuse Marie, Dr Drosselmayer tells her the story of how the Crackatuck Nut and Princess Pirlipata, which explains how the Nutcracker was made. Marie then realises her Nutcracker is really the cursed nephew of Dr Drosselmayer. She assures the Nutcracker that she will endeavour to aid him which leads to him coming to life and taking her on a brief visit to the Kingdom of Sweets (After midnight of course. In the best tradition of fairy tales, all of the magic scenes take place at the witching hour of midnight).

One element I found strange in the story is the apparent strange passing of time. Marie is described as seven-and-a-half when we first meet her. The action of the first 182 pages (out of 187 total) takes place in around a few week. Then we have the line instead of playing as she used to with her playthings, she would sit very quiet and still, lost in thought, and everybody called her ‘her little dreamer’. Suddenly on the next page her mother is describing her as a big girl, when she faints and falls off her chair at the arrival of Dr Drosselmayer’s nephew (aka the Nutcracker). The nephew stays for dinner, they talk briefly, and suddenly he is proposing marriage! I had to read back over the pages several times to understand that Marie’s change in her playing habits represented the passing of many years. Either that, or 19th century France had no problem with child brides.

All together, this was a light and amusing story for Christmas, with the magic elements fitting in well with the tradition of Christmas Eve being a time for ghost stories and other dark tales.

Highlights from an Australian production of the Nutcracker Ballet
Widget is loading comments... 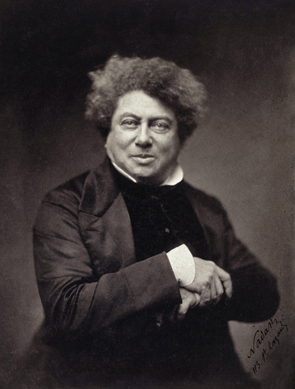