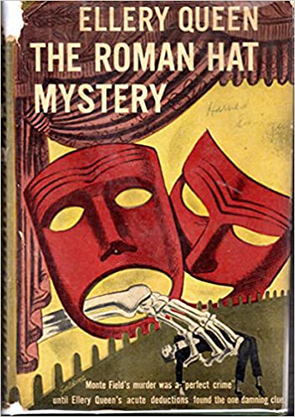 This is the first Ellery Queen novel of thirty six written by the cousins Frederic Dannay and Manfred Bennington Lee, who between them created the Ellery Queen pseudonym, and forty four other novels written by ghost writers (including eleven juvenile novels as Ellery Queen Jr). The Ellery Queen franchise eventually extended to a radio series, several television series, movies, plays, comic books, board games and jigsaw puzzles, and even a which is still published today. As well as being the ‘author’, Ellery Queen is also the main character, a young detective fiction writer who assists his father, Inspector Richard Queen of the New York Police Department, to solve crimes. The books maintain the conceit that they are written by Ellery based on his true life experience investigating crimes with his father. The story is that this first book in the series was published when a family friend, who writes the introduction to the book, persuades Ellery to allow its publication.

The books are said to be classics of the fair play school of detective fiction, where the reader is given all of the clues necessary to solve the crime. Near the end of this book there was a chapter headed “Challenge to the Reader”. Although most of the book is written in the third person, this chapter has allegedly been inserted by that friend from the introduction who speaks directly to readers with some fourth wall breaking, telling them that they have all the information that is available to Ellery and inviting them to solve the case. Apparently this challenge is standard in Ellery Queen novels. It is a bit ingenuous because you don’t actually have all of the information, since at times the Queen's speak together in low voices and what they say is not shared with the reader. Despite this, I took up the challenge and I did solve the murder. I didn’t get the motive. I think that would be impossible to guess since nothing about it is revealed to readers until the murderer has been caught, but I identified who it had to be.

And what specifically is the murder under investigation in this book? A disreputable lawyer named Monte Field is found dead from poisoning in the packed Roman Theatre, part way through a performance of a play. Several other audience members appear to have a connection to the man and naturally they all fall under suspicion for the murder, as do several other people who were nowhere near the theatre that night. The most important point both Inspector Queen and Ellery immediately detect is that the dead man does not have a hat with him. This is a plot that just wouldn’t work today, when very people even own a top hat, let alone would consider wearing one for a simple night at the theatre. I can’t think of a scenario where a modern audience would believe a plot where a vanishing top hat is so integral. But for the 1920s, this was completely believable.

Ellery Queen is only mentioned briefly in The Golden Age of Murder, and the anecdote I am about to relate does not relate to The Roman Hat Mystery, but it does illustrate why the hat is such an important clue, and how it affected my reading of the novel. In a real life story, a smartly dressed man was witnessed scrambling from a ditch one evening. He was seen by two cousins who were walking by. In the distance they saw a fire and initially thought it was a bonfire, but it turned out to be a burning car with a dead man inside. Police initially identified the dead man by the car. But thanks to the story told by the two cousins, the police realised that the dead man was not who they thought, and that the owner of the car had murdered an unknown man to make it look like he, himself, was dead, so that he could start a new life. His main mistake was not wearing a hat. This tipped off the cousins that he was suspicious, as it was inconceivable that a smartly dressed man would not be wearing a hat and therefore a sure sign that something is amiss. Several members of the Detection Club used this story as the basis for their books, focussing on the aspect of the blazing car. But it also illustrates the point of the hat in this book, that there is no way a gentleman attended the theatre in full evening dress without wearing a top hat; its disappearance is immediately suspicious. Figuring out what happened to the hat is how I worked out who the murderer was. That, and applying a formula we had previously identified in the TV show Elementary.

Like many books from this era, The Roman Hat Mystery contains extremely racist and classist attitudes, and to be honest, they seemed excessive even for the era when I first read the book. But reflecting upon these aspects now, after watching the news of the past week, much as I could wish it wasn’t true, I suspect that much of the racist attitudes aren’t that far from what still exists today. The same slurs applied to the Queen’s servant, Djuna, have been used in recent years against a prominent Australian Rules football player for example. But I can’t really talk much about what I thought was the worst of it, as that ties into the motive for the murder.

However, I can talk about the appalling contrast in treatment meted out to several of the suspects. The girlfriend (and implied sexual partner) of the dead man, Angela Russo, was not at the theatre the night of the murder, nor is there any evidence of any kind to suggest that she was involved in the murder. Yet, she is treated harshly by the police. She is dragged to the police station to answer questions, is handled roughly by everyone and is abused and humiliated. In contrast, Frances Ives-Pope, a young and beautiful socialite from an influential family, who was at the theatre on the night of the murder, whose evening bag is actually found inside the victim’s jacket, is handled with kid gloves and fawned over by everyone. She is allowed to go home, and is eventually interviewed by the police several days after the murder, at her own home, surrounded by family and friends for support, with Inspector Queen apologising for having to disturb her. Angela Russo situation – she is sexually promiscuous and now without male protection – seems to give the police tacit permission to treat her as roughly as they want. Similar prejudices also pop up with the treatment of another suspect, a small-time crook called Parson Johnny. He is in the theatre audience, but not seated near Field, and there is no evidence to indicate that he went near Field all evening. Unlike Frances Ives-Pope, he is not permitted to go home but is instead taken to the police station for further questioning, despite there being no belonging of his in Field’s pocket! I was hoping that the murderer would turn out to be Frances!

But putting aside the biases which probably do reflect the attitudes of the time, what did I think of The Roman Hat Mystery as a mystery novel? I have to say that it is okay. Just okay. It wasn’t good. It wasn’t bad. It was just okay. The pacing was poor and the story was way too drawn out. The writers could easily have pruned it quite significantly without affecting the story. There were way too many conversations which were just recaps of what had happened previously. And the dialogue was pretty stilted at times. The format seemed to be interview, recap, interview, recap, interview, recap, repeated endlessly. I’m glad to have read it, and I gather that the general opinion is that this is a weak example of the series and that some of the later books are much better. But I have a lot of different mystery writers I want to read, so I’m not sure I'll ever read another. Then again, I do like to listen to books while walking or exercising or doing housework, and there are a fair few Ellery Queen novels available free in the Audible Plus catalogue, so I won’t definitively say I’ll never read another one. But not for some time. 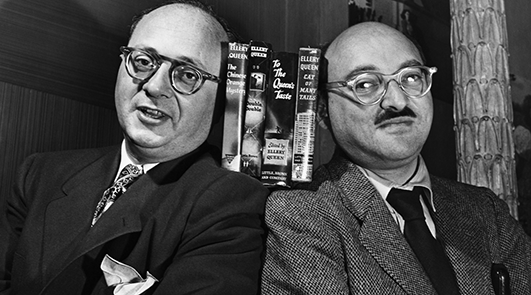 Some of the many actors who have played Ellery Queen over the years: 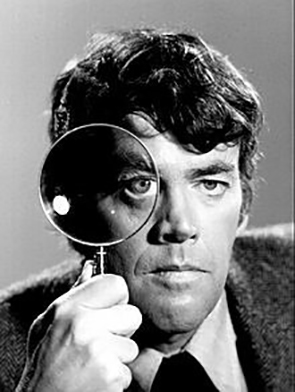 Jim Hutton
Hutton portrayed Ellery Queen for a single season from 1975 to 1976, along with David Wayne as his father, Inspector Richard Queen. Like the books, the action would be suspended during the show to give viewers the opportunity to try to solve the mystery. 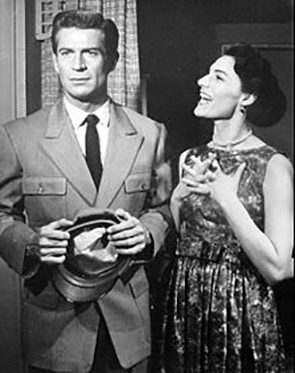 George Nader
George Nader played Ellery Queen for 20 episodes in The Further Adventures of Ellery Queen from 1958 to 1959. The series was the third for television produced in the 1950s. Lee Philips replaced George Nader in the role for the rest of the season. 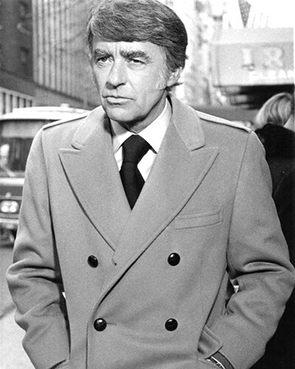 Peter Lawford
Peter Lawford starred in the 1971 film Ellery Queen: Don't Look Behind You, which was meant to lead into a new television series. The film was based on the 22nd book in the series, The Cat of Many Tails (There are 55 in the original series). The film was not successful and the planned television series was shelved. Lawford represents an older representation of Ellery Queen. The character in The Roman Hat Mystery is in his twenties. In the film, Inspector Richard Queen is Ellery's uncle, not his father, since the actor portraying him, Harry Morgan, was only eight years older than Peter Lawford.
Widget is loading comments...
× 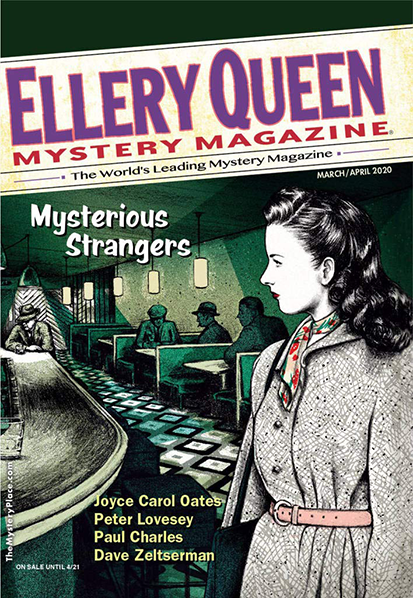