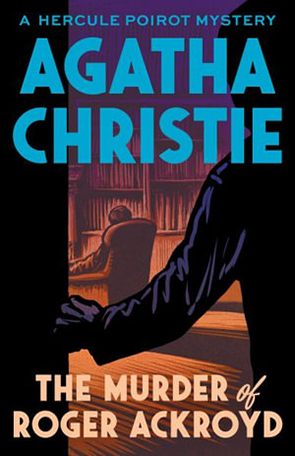 The Murder of Roger Ackroyd is a fairly early novel from Christie and one that firmly established her reputation as a mystery writer. It came in at #5 in the British Crime Writers’ Association’s 1990 list of the Top 100 Crime Novels of All Time and #12 in the Mystery Writers’ of America’s 1995 list of the Top 100 Mystery Novels of All Time. By 2013 it had been promoted to “the best crime novel ever” by the Crime Writers’ Association. Yet it created a controversy when first published, with some critics at the time saying that Christie had not played fair. Others, though, including Dorothy L Sayers, loved what Christie had done.

And apart from the literary controversy, there was also personal controversy with this book. The book came out in June 1926, just before Christie’s mysterious 10-day disappearance in December 1926. Her then husband (Archie Christie) at the time accused her of staging a vanishing act to promote the book (a new edition was due out in March 1927). To be fair to him, he was striking back against the suspicion that he had murdered her.

The Murder of Roger Ackroyd was influential and it inspired or is referenced in many other works, including Who Cares Who Murdered Roger Ackroyd?, an article written by Edmund Wilson in 1945, a US literary critic, who disliked mystery novels and who wrote a series of articles attacking the genre. In 1998, the French essayist Pierre Bayard wrote Who Killed Roger Ackroyd?, where he re-investigated the crime and proposed a different solution to the murder, arguing that sub-consciously Christie knew the real culprit. And when the writer of The Honjin Murders (reviewed last year) breaks the fourth wall to explain the techniques he used to conceal what happened, this is the book he references (“I learned these devices from my own reading of detective novels, specifically Agatha Christie’s The Murder of Roger Ackroyd” - page 189). Not that the solution is the same, just that he learned from how carefully Christie wrote, never lying but carefully phrasing critical moments to mislead readers. I’ve mentioned this in another review as well, for Rules for Perfect Murder by Peter Swanson, where I complained that Swanson gave away the ending of this book without any warning to his reader that he was about to spoil one of the best twist endings ever created in mystery fiction.

So, what is the mystery about? The title character, Roger Ackroyd, lives in the largest house in the village of Kings Abbot with his extended family. He is engaged to the wealthy widow, Mrs Ferrars. The book opens with the suicide death of Mrs Ferrars who had earlier in the day revealed to Ackroyd that she poisoned her first husband and is being blackmailed. She sends him a farewell letter, revealing the name of the blackmailer. But before Ackroyd can do anything, he is murdered. There is, of course, a large cast of suspects, and concealing the blackmailer’s identity is only one of the possible motives for Ackroyd’s death. Unluckily for the murderer, Hercule Poirot has recently moved to Kings Abbot, having retired from detective work to grow vegetable marrows. Ackroyd was an old friend, so Poirot comes out of retirement to uncover his friend’s murderer. Poirot’s companion of the first three books, Captain Hastings, has moved to Argentina, so Poirot seconds James Sheppard, the local doctor, to be his Watson. Like Holmes’s Watson (and Hastings) Sheppard becomes our narrator and we see the entire investigation through his eyes. But Sheppard actually seems a little smarter than Hastings, and isn’t quite as forgiving of Poirot’s foibles as Hastings was.

I’ve read this book before, but I still enjoyed my re-read. It’s well-written and well-paced, with new details coming out at regular intervals to tease out the mystery. Some of the details are red herrings, designed to direct our suspicions against the wrong person. The end is satisfying – it has been established – but still comes completely unsuspectedly. A first experience may leave you pondering what you have read, even turning back and rereading parts of the novel again, so that you come to realise just how clever Christie was in telling the story.

Her cast of characters is what you would expect - a stepson (a wastrel who has quarrelled with Ackroyd), a sister-in-law and her daughter (both dependent on Ackroyd for money), a big game hunter (an old friend of Ackroyd, recently come into an inheritance), a personal secretary (efficient at his job but a gambler), a butler and a housekeeper (both of whom have secrets of their own), the local doctor who watches them all, and his nosy sister who knows everything that happens in the village. They might all be standard tropes of the genre, but they’re all beautifully described by Christie and they all work perfectly at concealing their own secrets. And Poirot is, of course, brilliant: filled with self-confidence and utterly sure that he will have no problems in uncovering what has happened to Roger Ackroyd. Sheppard says of him at one point “modesty is certainly not his middle name.” Poirot is egotistical and I love him for it.

This is one of the classic mysteries that everyone should read. It’s not my absolute favourite of Christie’s books, but it’s high on my list and it is a brilliant example of her skill as a mystery writer. 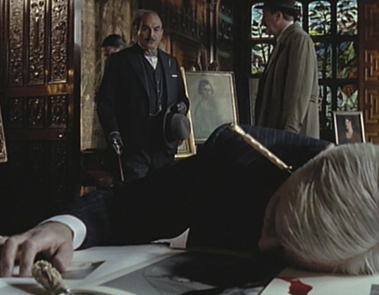