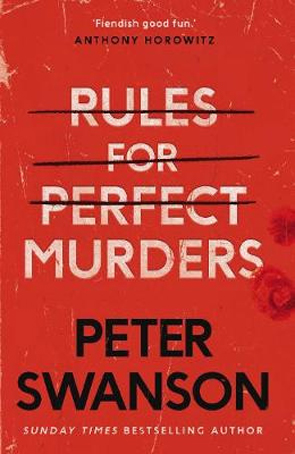 This is the book that prompted me to finally read The Secret History recently. I started this book soon after I bought it early this year, then realised that the plot was based on the plots of a lot of mysteries, and that there would be spoilers for those mysteries. To start with there is the list Eight Perfect Murders, a blog post written several years ago by the main character, Malcolm (Mal) Kershaw. The list contains his choices for the most ingenious and foolproof ways to commit murder in crime fiction history. I'd read one of the books, Agatha Christie’s The ABC Murders. I didn't think I'd ever read six of them, but knew I wanted to read the last one, The Secret History at some point, so I put this book aside for a time. That was a good choice. There is a lot of discussion about the plot points of those murders, and of several other books, so I'm glad I left it until I'd finished The Secret History.

In case anyone is planning on reading this book, these are the books that have their plots discussed:

The first eight books are from the eight perfect murders list. The others are discussed incidentally over the course of the book. The spoilers for The Murder of Roger Ackroyd would be particularly irritating if you hadn’t read the book (luckily I have), as they are suddenly discussed and you won’t anticipate them. And this is one of Christie's best Poirot stories, with a truly fabulous twist that you don't see coming at all. To have that spoiled, if you've never read the book, is wrong. It's worse than the spoilers for the books on the list, because with them at least you can see the spoilers coming: the list is a kind of warning. So, don't read Rules for Perfect Murders if you haven't read these books (especially if you haven't read The Murder of Roger Ackroyd) and think that one day you might.

Aside from the spoilers, Rules for Perfect Murders is a damn good murder mystery. And in Swanson's defence, these are all well-known mysteries, and many of the potential readers of this book will have already read many of them, or seen movies based on them.

The story starts with Mal being approached by an FBI agent who has noticed that several murders seem to match the plots of several of the books on Mal's blog post. She asks for his help in identifying if any other recent unsolved murders fit any of the other books on this list, having an idea that the killer is deliberately following the list. When Mal discovers that he has a connection to one of the victims, he realises that he is also under suspicion. Mal has secrets of his own that he doesn't want revealed, so he starts his own investigation, separate to the official one. It's a well-crafted plot which makes good use of the books on Mal's list. There are a few twists which helps maintain interest in the plot, including a major one in the final chapters that I completely didn't see coming.

Mal is damaged from events in his past, a loner who has a hard time connecting with other people. One of the few people he has ever been close to is his wife, Claire. Claire died in a car accident several years ago, and Mal doesn't seem to have recovered from this trauma. Certain aspects of the current crimes make it obvious that they are connected to his list and possibly also to Claire, but we're never sure of whether or not he is personally involved in the murders or how much he is keeping back. We also realise that the FBI agent has her own agenda and that she could be more deeply involved than it first appears. You're never quite sure who you can trust in this book.

I don't think this book will appeal to those who like fast-paced thrillers. It's very much an old-school style murder mystery where the plot unfolds slowly. But anyone who likes Golden Age mysteries will probably enjoy this one. 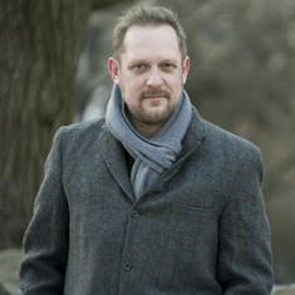 “I’ve always felt that being with people, as opposed to being alone, can make you feel loneliness more acutely.”