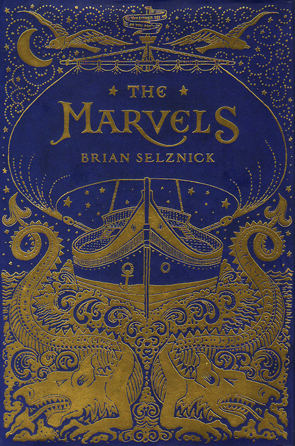 The Marvels follows two similar books by Brian Selznick, The Invention of Hugo Cabret and Wonderstruck. Many would be familiar at least with the first of the three books which was adapted for the screen by Martin Scorsese and starred Sacha Baron Cohen. All three books are aesthetically similar – their stories are told partly by highly detailed pencil sketch drawings and traditional narrative. As well, they tell a similar story. Each book is a journey into the past and tells the story of a blossoming relationship between a young man and an older mentor. Each story also has elements of detective fiction. Selznick’s young protagonists are independent youngsters set adrift in an adult world which appears mysterious and forbidding. In each of the three novels they are faced with a fascinating problem – a mystery or conundrum – which draws them closer to deeper truths and discoveries about the past. What is even more fascinating for the reader, is that Selznick’s mysteries are based on a reality. In The Invention of Hugo Cabret, Hugo inherits a broken clockwork automaton from his father which has a human form. It is clearly meant to write or draw something when it is working. What it draws contains the clue to a fascinating real-life French pioneer filmmaker Georges Méliès.

Given my age, Selznick’s books were not around when I was a child (Selznick is actually slightly younger than me) but I can imagine the impact they might have had on me had they been. They are simply magical. In this third book, there is no traditional narrative until page 392. Prior to that, we are encouraged to follow the story of the Marvel family, from the shipwreck of Bill Marvel in 1766, who ends up in an English theatre in London, and the successive members of the Marvel family who all become stage actors, each famous for a particular Shakespeare role. With only a few written cues – invitations, newspaper reports and the like – which appear in the drawings, the pictures quickly build a sense of the world of the Marvels. Therefore, the drawings can be enjoyed as pieces of art in themselves, but also for the dramatic story that they tell. The opening scenes show Billy dressed as a girl, tied to the mast of the ship, with a threatening dragon bearing down upon him. Then, high in the rigging of the ship appears an angelic form, Marcus. Fittingly, it is a theatre performance on the deck of the ship for the crew and passengers, we discover, until a storm, previously unseen by the attentive audience, suddenly bears down upon the ship, thereby setting off the chain of events which will unfold in the drawings of this part of the story.

The drawings are extremely appealing to the child I was and am. The pencil line drawings are complex in their execution but done with apparent ease. I can imagine myself wanting to imitate their style, as I used to do when young. I can also imagine looking at every detail in the pictures, attempting to insert myself into the world of the Marvels, wondering at each look and gesture of the characters, and always wondering what is just beyond the page, such is the reality that Selznick’s drawings evoke. Yet, just as they invite close attention, at other moments you find yourself flipping through the narrative, consuming it like film. It is not surprising since Selznick is obviously influenced by film. His first book featuring Georges Méliès is a clue. Selznick uses his frame cinematically, including zooms to close-up achieved across several drawings for dramatic effect.

The second part of the story begins in 1990. Joseph Jervis has absconded from his school to avoid retribution. He seeks out his uncle Albert Nightingale who lives somewhere in London. With the help of Frankie, another child he meets in the markets, Joseph manages to locate his uncle, who is reluctant to take him in. Joseph’s parents are currently in Germany, but their work takes them all over Europe and the Middle East and Joseph can’t return to them. Uncle Albert lives a reclusive life in a strange house that seems to have been frozen in time. Attentive readers – more likely to be adult in this case – will quickly see Uncle Albert’s similarities to Miss Havisham in Dickens’ Great Expectations. Uncle Albert’s home feels like it is from an earlier century, always left in a precise state of slight disorder, as though its family members have just left the room. Even more mysterious is the hints of sound in the house: an unseen bird, sounds of a horse and carriage and family members talking in other rooms. And then there are the various clues about the house that link Joseph’s story to the story of the Marvels. Joseph knows there is something mysterious about his uncle and the house, and he becomes determined to discover its mystery and the mystery of the Marvels, whose story inexplicably ends at the beginning of the twentieth century.

Selznick’s allusion to Dickens’ Miss Havisham is not incidental. Joseph travels with a set of his favourite books: Kidnapped, The Witches, A Wrinkle in Time, The Hitchhiker’s Guide to the Galaxy and Great Expectations. He also carries a book of Yeats’ poetry which belonged to his friend Blink, with whom he was meant to have escaped from the school. It’s easy to dismiss this as unrealistic: a thirteen-year-old boy travelling with a small library as he runs away from school. It is a contrivance typical of many books aimed at children; that their protagonists are enlightened by books. Roald Dahl, responsible for The Witches from Joseph’s library, also created Matilda who was reading Dickens at a much younger age. We understand that each book links thematically to Joseph’s journey. But I’m willing to dismiss this contrivance. First, for a kid reading this book and poring over its detail, Joseph offers a variety of new paths for a mature reader. Second, the conscious literariness of the book suits its ultimate denouement: the discovery of Uncle Albert’s secret, which is magical in itself, given, as I have said, it links to our real world and real people.

It’s this last mystery of the book which must be kept from anyone wishing to read the novel. To discuss how clever the book is in setting up Joseph’s story, with its links to the past and his attempts to understand everything, would be to spoil this wonderful book. Suffice it to say, Brian Selznick is not only a wonderful artist and author, but his books reveal an eye for the interesting and magical forgotten treasures of the past, and make our world that much more magical when it might otherwise be mundane and uninteresting.

For those who know they will not read the novel but are still curious about the real-world inspiration for Uncle Albert Nightingale and his strange house, you can click here to view a website that will reveal more. But my recommendation would be to read the book first. It’s worth it. 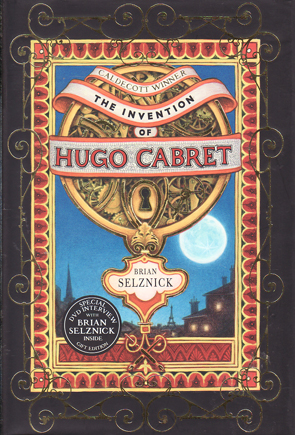 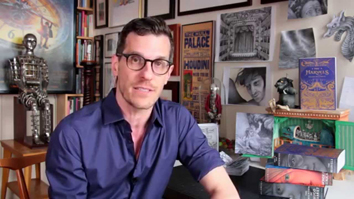 Brian Selznick
Brian Selznick surrounded by his books, illustrations and a model of the automaton from The Invention of Hugo Cabret

The Invention of Hugo Cabret 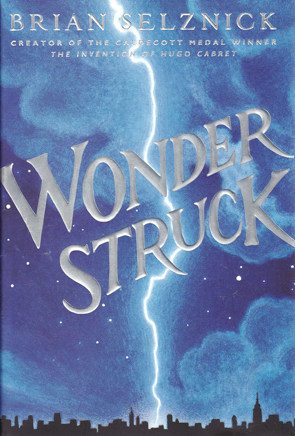