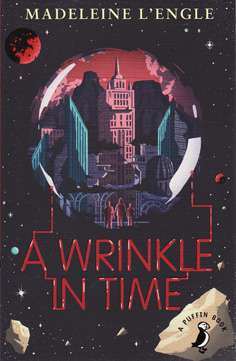 A Wrinkle in Time has a familiarity about it. There is always this sense that what you are reading is based on something else. Part of this is the way that it so forthrightly foregrounds other texts; it makes it hard not to see the influence of other texts in the story, even perhaps, when it’s not intended. Mrs Who, the second of three strange women who initially appear in the house of the Murry’s before whisking the children Meg, Charles Wallace and their new friend, Calvin upon an intergalactic adventure, seems incapable of communicating without resorting to quotations from learned authors – their fictions, thoughts and philosophies – in their original language, albeit with a translated gloss. And there is something mythic about this story, too, something archetypical that pecks distractingly at the back of your brain as you read. This is the nature of metafiction, which is exactly what I think A Wrinkle in Time intends to be, I believe.

Of course, in my case, the familiarity has a first simple explanation. I read this story in early high school. It was a set text. Upon rereading it this week, I realise I didn’t remember a great deal about the book. For some reason, I clearly remembered that Mrs Murry uses a Bunsen burner near the beginning and that there were other references to scientific equipment peppered in the opening pages. Perhaps I was hyper-attuned to this when I first read it since I had assiduously made diagrams of this equipment in my science book not too long before. Perhaps I felt I had learned something. Other than that, my memories are impressionistic.

When I saw the book for sale last week I decided to reread it.

The story is not overly complex. Meg and Charles Wallace live with their mother and their two siblings Denny and Sandy, along with their dog, Fortinbras. Charles Wallace is something special, perhaps a genius, but he is thought backward at school. Meg is bright, too and also an outsider. She is a talented Maths student, which she demonstrates when the older Calvin comes home for dinner and is tutored by Meg. Mrs Murry is a scientist. Her husband is also a scientist, but as the story begins he has been missing so long that Charles Wallace, who is five, cannot remember him. This is the basis of the story. When a strange old lady, Mrs Whatsit, turns up in the family home and speaks of the tesseract, a device that can propel its users through space and time, the children embark on a dangerous journey across the galaxy to save their father from the Black Thing, a dark force that threatens Earth, controlled by IT, a malevolent brain on the planet Camazotz.

A Wrinkle in Time won the Newbery Medal in 1963 and is now considered a children’s classic. Perhaps it was fairly original for children’s fiction in the early 1960s, although certainly not the first book for children to incorporate elements of science fiction and fantasy. Perhaps it was the specific references to scientific theories of the day that made it stand out. Something did. I find it an average book. Maybe I’m too old to see its charm, now. But if I am honest, I found some characteristics of the book clumsy: some aspects felt rushed, some of its characterisation, for instance, and I felt a little alienated from the story by its overt religious overtones.

For instance, I thought the relationship developed between Calvin and Meg early in the book strained credulity. I found their nascent romance cringeworthy, particularly the dialogue that drives it. Don’t you know you’re the nicest thing that’s happened to me in a long time? Calvin presses shortly after dinner, having just met Meg that afternoon. He follows this with an old favourite: Do you know that this is the first time I’ve seen you without your glasses? As I read I pictured that moment common in Hollywood romances where the nerdy girl is transformed into a raven beauty by the removal of her glasses and the shaking out of her hair. And if that was not enough, Calvin then tells Meg …you’ve got dreamboat eyes. I know it’s only a kid’s book, but this seemed like clumsy work to justify Calvin’s otherwise mystifying presence in the novel.

There is, of course, the absence of Meg’s father throughout most of the story. I’ve briefly scanned some analysis of other stories with which A Wrinkle in Time has similarities. At times Calvin acts like a surrogate father, a kind of Oedipal father figure in the story in the absence of Meg’s father, as well as a second brother. Certainly, his presence is a confusing mix of sexual tension and kindly support. The possibilities of this only occurred to me after reading some analysis on other stories with which I am familiar. Stories like Anthony Browne’s The Tunnel, a picture book in which a girl rescues her brother from a magic forest through the power of her love for him. There is also Labyrinth, the movie starring David Bowie, which is about a girl who enters a magical place in order to rescue her young brother from goblins who have kidnapped him. Or there is Maurice Sendak’s haunting Outside Over There, in which a young girl enters the goblin world to rescue her young brother. Yes, he has been kidnapped by goblins. In all these texts the father figure is an absence and the brother the source of anxiety or loss. L’Engle has conflated these roles in her novel. In each of these tales, psychoanalytic readings offer arguments about unfulfilled longing for father figures or repressed feelings of incest. It would probably be interesting to see such an analysis of this book, especially since Meg’s feelings of disappointment in her father drive much of her actions in the second half of the story. You’re supposed to be able to help! Meg tells Mr Murry bitterly, and later experiences disappointment in her father’s human fallibility [rising] like gorge in her throat. What her father cannot achieve, Meg must, both acting as a parent and a lover to her brother. Kind of. I guess the main point is that the novel strongly draws upon fairy tale traditions based upon sibling loss, particularly changeling myths, and skirts close to psychosexual themes.

Of course, L’Engle would probably have been surprised to have read this. She was a Christian, and her story is deeply infused with Christian notions of good and evil, light and dark. While the three women, Mrs Whatsit, Mrs Who and Mrs Which deliberately reference Macbeth at the beginning of the story (When shall we three meet again? – another metatextual frame) their presence is the catalyst not for the violence and ambition of Shakespeare’s play, but a search for love and redemption.

I said at the beginning of this review that one has a sense of other stories when reading A Wrinkle in Time. Another to look out for – one I won’t explain, I’ll leave it to anyone interested enough – are several echoes of The Wizard of Oz. I mean specific scenes, not merely the fact that that text has another girl in a strange land looking for a way back to her family.

Overall, this story is probably a good read for junior high school students, but doesn’t have the same charm as other children’s classics for the adult reader. For me, the most convincing moments in the story remain at the beginning, particularly in scenes with Mrs Murry, and her longing for her missing husband. L’Engle takes her time to establish the situation and her characters at the beginning of the novel. The ending, however, seems rushed. I think it lacks the emotional depth and tone of Sendak’s Outside Over There, and the charm and fun of Labyrinth. In the end, the book hit a slightly wrong note for me, especially as it framed its struggle of good and evil within a very specific religious context.

Other books from A Wrinkle in Time Quintet 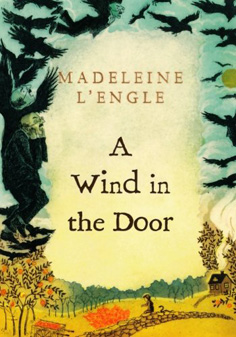 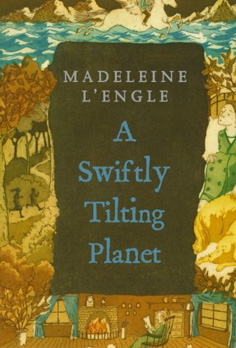 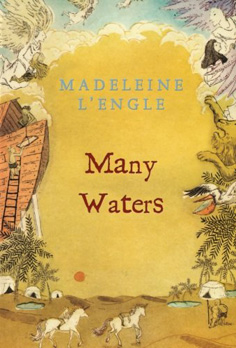 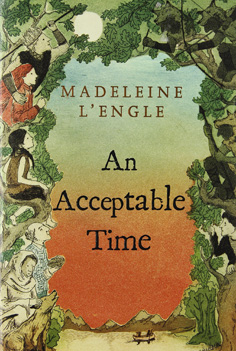