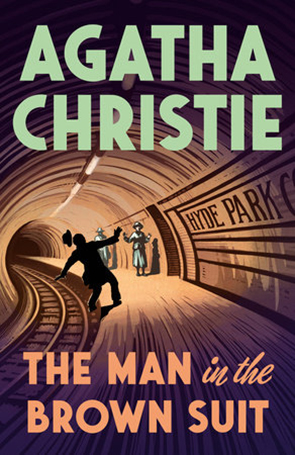 In January 1922, Christie and her first husband (Archie Christie) left their young daughter with her grandmother and aunt, and travelled for a year as part of the Mission to the Dominions, paving the way for the forthcoming British Empire Exhibition. The leader of the Mission, Major Belcher, lived at the Mill House and suggested it would be a good setting for one of Christie’s books. He further suggested that he should be a character in this book. Christie fell in love with South Africa on the trip and used the experience to provide the background for this book: the long sea voyage, the African setting, even the surfing (Christie learned to surf in Hawaii while on the trip and uses this experience in the scene where Anne learns to surf at Muizenberg). And she indulged Belcher, setting a murder in the Mill House at the beginning of the book and basing the character of Sir Eustace Pedlar on Belcher. The main character, Anne, is widely considered to be a self-portrait of Christie: an independent young woman who wanted adventure and travel in her life.

Anne Beddingfield is alone in the world after the death of her father in the opening chapter. She yearns for a more adventurous life than the one she has so far lived with her father in rural England. She gets a taste of excitement when a man dies in front of her at a Tube Station. The death is an accident. She testifies at the inquest that the man was alone, appeared to be startled by something, stepped backwards on to the track and was electrocuted. A doctor comes forward to examine the man, but to Anne, he appears more to be searching than examining him. As he hurriedly leaves the scene, he drops a piece of paper with a cryptic message, which includes the words Kilmorden Castle. At the inquest there is a minor sensation when it is revealed that the dead man had a house-agent’s order to view a property in his pocket. For the property is Mill House, a property where, that same afternoon, the body of a beautiful young woman was discovered, strangled. This appears to be a mere coincidence, since the dead man hadn’t even been to the house yet. But Anne is sure there is a connection. Scotland Yard dismisses her, so she decides to investigate herself. She realises that the Kilmorden Castle is an ocean liner sailing for South Africa in a few days, and impulsively buys a ticket. After this, the action shifts to the sea voyage and then to South Africa and Rhodesia (modern day Zimbabwe).

This is more of a thriller than a mystery, even though it starts with a murder. We do eventually find out who the murderer is, but the story focuses on Anne’s adventures rather than a murder investigation. The story gives us travel, adventure, Africa, romance, a criminal mastermind, an international gang, a glamourous spy, several strong silent men and even a revolution.

The story is told from two perspectives: a narrative from Anne which gives us a first-hand account of her adventures; and extracts from Sir Eustace’s diary which gives us another perspective of what is happening. Anne is a great character. I enjoyed her stumbling attempts to work out if anything was actually happening, even if I did get a bit frustrated by her falling for the same trap several times. You would think she would have learned after the first time? However Anne does refer to the a few times early in the book. The show’s weekly instalments were one of Anne’s few enjoyments while living in a small English village with her father and they have fuelled her desire for adventure. So, having Anne fall from adventure to adventure, and regularly getting caught by a villain could be Christie’s way of relating Anne’s adventures back to the Perils of Pauline. The story was also originally published as a serial, which fits in with the theme of a girl stumbling from adventure to adventure.

Sir Eustace is great fun, especially with his irreverent attitude to work and his suffering under the hands of his efficient secretary. The Golden Age of Murder describes Belcher as a “cantankerous and selfish companion”, but Christie’s portrayal of Sir Eustace is gentler, even if not completely flattering. He’s spoilt and sarcastic, but I did love his attitude and his funny stories. As far as I know, he doesn’t appear in any other of Christie’s books, which is a great pity. I would like to have some more of his observations.

The plot is rather dependent on coincidences and good luck, but it’s a fun read. To be honest, I don’t read Agatha Christie for credible plotlines or realistic details. And luckily, I don’t demand modern attitudes to colonialism or to relations between sexes, because I know I’m not going to get that in a book written in the early 1920s. Anne does have a rather strange idea of how her ideal man will behave. I did raise an eyebrow over the idea that domestic violence was acceptable and that submission to your man was to be expected, but I’m not about to kink-shame Anne for being turned on by the threat of danger and the feeling of hands on her throat.

Overall, this is a light-hearted and entertaining book that I enjoyed. Learning some of the background of Christie’s 1922 trip from The Golden Age of Murder added to the enjoyment. It was interesting to see how Christie used what was happening in her life to create a good story. 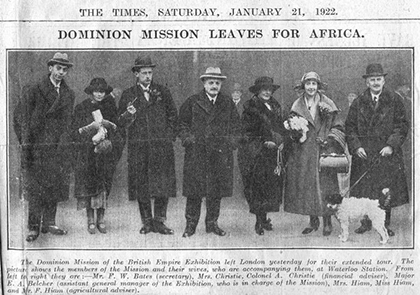 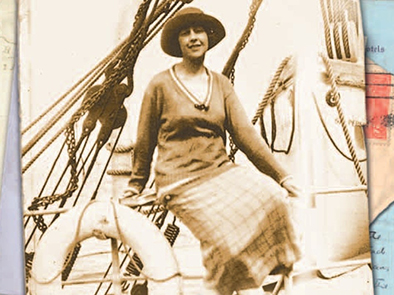 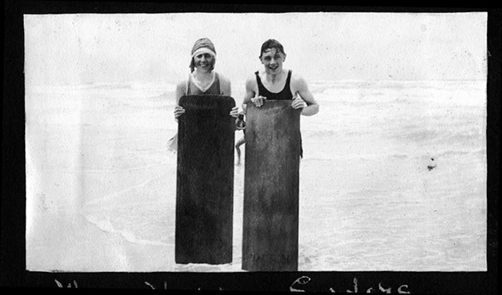 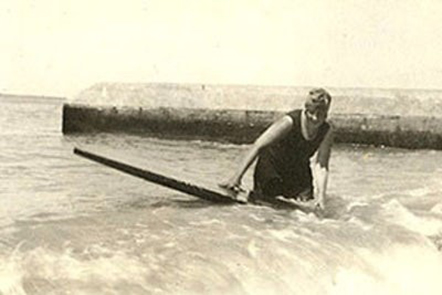 Christie learning to surf in Hawaii
Photos from Christie's 1922 trip, along with her letters home, were published by her grandson Matthew Prichard in 2012 in The Grand Tour: Letters and Photographs from the British Empire Expedition 1922 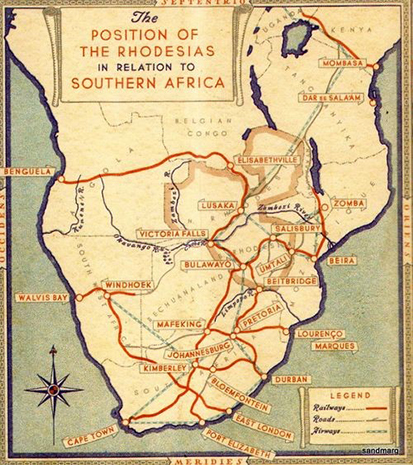 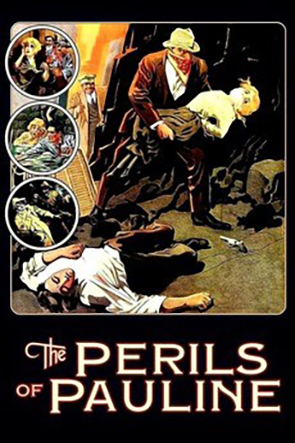 The Perils of Pauline was a 20 episode American melodrama shown in bi-weekly instalments. Originally made in 1914, it was frequently reshown in theatres throughout the 1920s. Pauline is a young heiress who wants to enjoy some adventures before settling down to marriage with Harry. She embarks on a series of activities such riding in a hot air balloon, flying an airplane, driving a racing car, etc, but always ends up in trouble due to a dastardly villain who wants her inheritance for himself. Harry often comes to her rescue, saving her when she is trapped in a burning building or in some other dangerous situation.