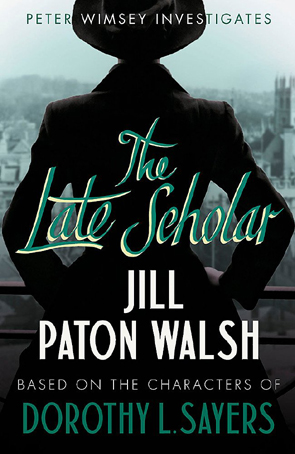 The Late Scholar is apparently the fourth Dorothy L. Sayers pastiche written by Jill Paton Walsh. I've read the first two, Thrones, Dominations and A Presumption of Death, but somehow missed noticing the existence of The Attenbury Emeralds (number three) and this one until recently. I enjoyed the first two books. Thrones, Dominations had been partly written by Sayers and laid aside. Sayers’s estate hired Walsh to complete the manuscript. I could not pick which bits were Sayers and which bits were Walsh. Similarly, A Presumption of Death was based on notes for the plot left by Sayers. Nothing jarred with me on reading that book. It was a well-crafted mystery which captured the feel of England in the early days of the Blitz. I have never read The Attenbury Emeralds, but the name is familiar to me from many of Sayers books. The mystery is mentioned frequently, as the first mystery ever solved by Lord Peter Wimsey. Whatever Walsh did with that story, she had Sayers to thank for the plot idea. But The Late Scholar is fully the child of Walsh, and does not live up to the standards of Sayers. It also does not inspire me to track down The Attenbury Emeralds and complete the series.

I found the opening chapters to be uninspiring, without the immediate engagement I expect of a Sayers story. Earlier in the year I read Sayers’s first book, Whose Body? which opened with a scene that immediately described every essential aspect of Wimsey without getting bogged down in stodgy exposition, and which had the mystery established before the end of the chapter. In contrast, this book starts with a fairly clunky breakfast scene between Peter and Harriet and is slow to actually get beyond pointless banter and into the mystery.

But I got past the opening and thought the story was picking up once Peter and Harriet made it to Oxford to start investigating the mystery. But Walsh then starts committing what I consider one of the major sins which can be committed in a pastiche - the insertion into the story of real people who lived at the time the story is set. In this case, with a setting of Oxford in the 1950s, Walsh adds sightings of C.S. Lewis having lunch at his favourite pub (the Eagle and Child apparently), and references to Tolkien as a misogynist who will not take any female undergraduate for tutoring, except for those referred by one of the minor female characters in the story. There were a few others, but these were the two that grated most with me, and seemed to have been added just to show that Walsh had researched her period and wanted to show that she knew who would be walking around Oxford at this time. Neither reference seemed to advance the story in any way.

I got past this irritant as well, and was starting to enjoy the plot. After all, it was set in Oxford and reminded me of Gaudy Night, one of my favourite Sayers books. I could just ignore the references to contemporary characters, I decided, and get on with the mystery.

And then I hit a point that I still can't fully process.

But first, some background for anyone who has never read a Dorothy L. Sayers story. The main detective in the stories is Lord Peter Wimsey. For four books he is mostly alone, except for his man servant, Bunter, and his friend in Scotland Yard, Charles Parker. Then comes Strong Poison in which he first meets Harriet Vane and falls in love. Harriet is a successful writer of detective fiction and is on trial for murdering her lover. Peter manages to prove that she is innocent, but it takes many years before he can persuade Harriet to marry him. They investigate one murder together (Have His Carcase), but Peter also has another three solo mysteries before he again teams up with Harriet in Gaudy Night, set in Oxford. Busman's Honeymoon follows, with Peter and Harriet finding a corpse on their honeymoon. Apart from some short stories, this book finishes Sayers story of Wimsey, with Thrones, Dominations following approximately a year after Busman's Honeymoon.

With the first death in The Late Scholar, Peter realises the murder weapon was something that had featured in a murder he had previously investigated and which had subsequently been used by Harriet in one of her books. Peter then realises that the methods employed in two previous unsuccessful murder attempts in the College were also from his past and also used by Harriet in books. He recalls that in the case from Strong Poison that he suggests that if nothing else, he would be able to provide Harriet with lots of background for her books. Although scornful of this at the time, she has apparently taken him up on this and used many of his ‘real life’ murders in her books.

Firstly, my problem with this is that the Harriet of Sayers books was a well-known and well regarded mystery writer before she met Peter. She had no need of any material from Peter for her books. But apart from this, the plots referred to here were all books written by Sayers, such as Unnatural Death and The Nine Tailors. So, it seems to be saying that Harriet actually is Sayers, and that all along when we read Sayers, we have really been reading Harriet Vane. Sayers/Vane/Sayers. It's all circling around and doing my head in. I know I've had the feeling sometimes when reading Sayers that she was in love with her own creation, but putting her into the story as Peter's wife is just ridiculous.

I was still coping with this when I came to a scene where Peter and Harriet have dinner with an old friend of Peter’s, and the conversation turns to Agatha Christie. Harriet dismisses Christie as an admirable technician, in many ways, but not perhaps brilliant at conveying subtleties or depths of character. So Harriet is attacking Christie, but we have just established that Harriet is really Sayers, so is this in some way suggesting that Sayers was contemptuous of Christie? This is at odds with the history of the two women who were known to be friends who socialised regularly, who were both members of the Detection Club (the club which basically established the rules of the Golden Age of crime fiction) and who collaborated on several books. I just can't see Sayers ever doing something as tacky as criticising Christie's writing in her books.

Harriet then goes on to compare her own books to Christies, telling the friend that if he likes Christie, he is unlikely to like her books. And since we now know that Harriet is Sayers, and that Walsh is writing as if she was Sayers, then it seems that Walsh is saying that she is a superior writer to Agatha Christie.

That was it for me with this book. I finished it, but it didn’t charm me. After two good Sayers pastiches, this one just never felt like it was genuine. It was always a book written by Jill Paton Walsh, with nothing to let me set aside this knowledge and allow me to think that it could be Dorothy L. Sayers. The mystery itself was reasonable, but the detection was drawn out far more than necessary and couldn't make up for for the fact that as a pastiche, it was a failure. I can’t recommend this book. There are plenty of better mysteries out there to read, including most of Sayers own works, or most of Agatha Christie's works for that matter, rather than reading this bad attempt at fan fiction. 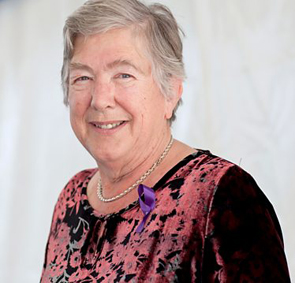