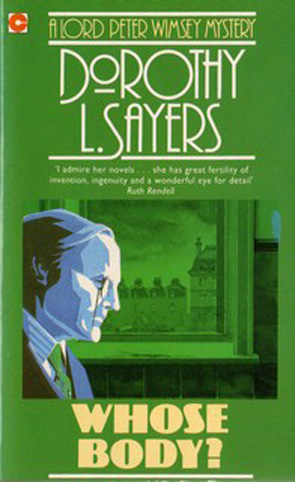 It's a hobby to me, you see. I took it up when the bottom of things was rather knocked out for me, because it was so damned exciting, and the worst of it is, I enjoy it—up to a point. If it was all on paper I'd enjoy every bit of it. I love the beginning of a job—when one doesn't know any of the people and it's just exciting and amusing. But if it comes to really running down a live person and getting him hanged, or even quidded, poor devil, there don't seem as if there was any excuse for me buttin' in, since I don't have to make my livin' by it. And I feel as if I oughtn't ever to find it amusin'. But I do.

Dorothy L Sayers is one of the major writers of the ‘Golden Age of Detective Fiction’. She created a memorable character in her main detective, Lord Peter Wimsey, first introduced in this book in 1923. Wimsey was presented as a vastly different character to Agatha Christie’s Hercule Poirot, who had made his first appearance three years earlier, in the Mysterious Affair at Styles.

Poirot is a Belgium detective, a former police officer who came to England as a refugee in World War I. He is described as a ridiculous looking man, small in stature, with an egg shape head. Even so, he is fastidious about his appearance and almost fanatical about order and symmetry. He also disdains physical activity, preferring to use his little grey cells to solve problems.

In contrast, Lord Peter is an amateur who meddles in solving crimes for his own amusement, as he explains to his friend, Inspector Charles Parker of Scotland Yard, on page 121. As the second son of a duke, he has wealth and social position. He is described as having a foolish face, and often prattles nonsense, and can seem very much like a Bertie Wooster style of character. Like Poirot, he is highly intelligent, but he is also athletic, being a celebrated cricketer, and skilled at fencing and martial arts. And also, like Poirot, he felt the impact of World War I, but his experience was as an officer at the frontlines in France, including being buried in a trench, and he suffers the memory of his decisions that sent men to their deaths.

Wimsey never completely recovered from his shellshock. Even one hundred years on, we still don’t have a good understanding of PTSD in soldiers, and it was much more poorly understood in soldiers returning from the front like Lord Peter. Part of his coping mechanism is to solve problems, in particular, solving crimes, but this then leads to moral dilemmas, since he then has to confront the consequences of his investigations,: sometimes his meddling can lead to someone being hanged as a murderer. These stories wouldn’t work quite as well these days since the abolition of the death penalty in the UK. Without this consequence, a modern Lord Peter might not suffer the relapses that Sayers’ character goes through.

The mystery at the centre of this story is an interesting one: a naked male corpse, wearing only pince-nez, is discovered by a blameless architect in his bath one morning. A wealthy financier has also gone missing and superficially fits the description of the murdered man. But the body is not that of the missing man, and so there are two mysteries to be solved. The plot is cleverly done, but there aren’t a lot of suspects, and Wimsey has it all worked out two-thirds of the way through the book. Sayers doesn’t conceal the murderer, but she does conceal the reasons and the method, leaving most of that to be revealed in an exposition from the murderer himself, in the form of a confessional letter to Wimsey.

Although the mystery is amusing, and the solution clever, that wasn’t the main reason I enjoyed this book. What is most enjoyable for me is the world building by Sayers’ England in the 1920s, and the characters she introduced with this book. Wimsey had an interesting depth that was lacking in many of the other golden age detectives, but as well as him we get his efficient valet Bunter and the fantastically over-the-top Dowager Duchess, Wimsey’s mother.

One thing you need to accept when you read a Sayers story is that she expects you to have the same education as herself. One thing this includes in speaking French or Latin. In this book it’s only a few paragraphs of French conversation that aren’t critical to the story (I asked a French speaking friend to translate). In a later book, the entire mystery turns on a long letter written entirely in French. I read somewhere that Sayers wanted to only include the French letter in the book, but was forced by her editor to also include an English translation so that most of her readers could understand the plot.

Another thing which can be jarring to a modern reader is the anti-Semitism throughout the book. I think this was a reflection of the times Sayers was living in, and a reflection of prevailing attitudes of that time. I don’t think the book can be condemned for this one aspect, although I would have a different opinion if I read similar elements in a modern book. Sayers used stereotypes that reflected the time she lived in. We have different ideas now, but I don’t think we should demonise an older book for expressing the prejudices of its time.

Overall, this is an amusing mystery. It’s a light read and can be read quickly. Worth reading if you like a clever, well-crafted mystery. 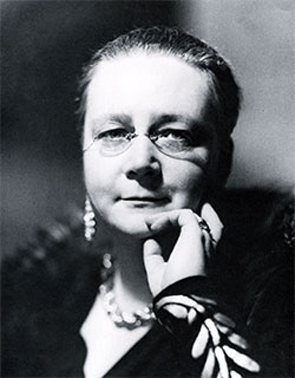 Dorothy L. Sayers
Dorothy L Sayers is best known for her 11 novels featuring Lord Peter Wimsey and a number of other mystery stories, but was also a classical scholar, known for her translation of Dante's Divine Comedy. 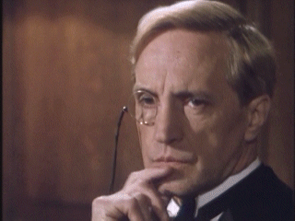 Edward Pethebridge as Lord Peter Wimsey in a 1987 BBC series based on the novels.