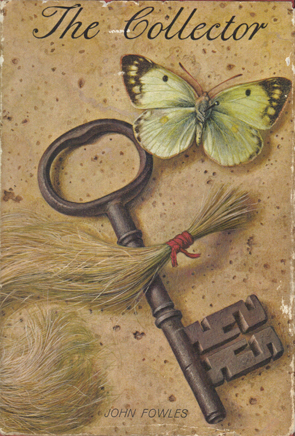 Around a year ago I read John Fowles’s book The Magus which took what can only be described as an embarrassingly long time to read. It wasn’t that I didn’t like it. On the contrary, in the end I actually loved it and read it fairly quickly past a certain point. It was just that the story was relatively slow at the start, and deliberately convoluted pretty much from page 1 all the way to page 711 of this absolute behemoth of a novel. I loved The Magus, and by the time I had finished it I had set expectations of Fowles’s writing style. The Magus was mysterious, had a deeply relatable protagonist, highly philosophical concepts and seemed like a maze; needless to say, there was a lot going on in that book. The Collector on the other hand took me by surprise just by how completely different it is.

This book is split into two main sections. The first half is recounted by Ferdinand who has kidnapped Miranda and held her captive, and the second by Miranda, herself, describing the very same events from a different perspective. Unlike The Magus, this is a relatively simple story that I was able to read quite quickly due to the fact that it is so engaging from literally the very first page. The character of Ferdinand is so deeply disturbed and at times delusional that it is absolutely fascinating to hear his damaged perspectives on the world. This is where I think Fowles really demonstrates what a skilled author he is, creating in Ferdinand a character so terrifyingly believable that you know is completely untrustworthy. Having won a fortune in the Pools, Ferdinand is able to set up a personal dungeon under his remote property where he will keep Miranda until she falls in love with him. Obviously, he is completely misreading the situation, or in sometimes he may even just be lying to the reader.

The second half of the story is told from the perspective of Miranda, the victim. This half is not as compelling but is essential to fully understanding Ferdinand. By seeing the events recounted through the eyes of Miranda there are some revelations, as well as suspicions from the first half that are confirmed. This section of the book is written through journal entries and includes flashbacks to a period before the events of the kidnapping. These flashbacks are relevant to Miranda’s character, however did serve as a departure from the more interesting story of the relationship between her and Ferdinand. A story that in the final stretch of the book really demonstrates just how withdrawn and disturbed the character of Ferdinand really is.

Of course, Fowles has taken the names for his protagonists from Shakespeare’s The Tempest. In The Tempest Miranda falls in love with Ferdinand. He is among a group of men shipwrecked on a remote island where she lives with her father, Prospero. Apart from her father and a hideous creature, Caliban, Miranda has never seen a man before. In Fowles’s version of the story, Miranda refers to Ferdinand as Caliban, revealing her distaste for him and the class differences which further divide them.

Upon first hearing the premise of the book, that it was essentially the same story told twice, I thought that it sounded slightly gimmicky and that it would not be able to hold my interest throughout due to the repetition. Instead, I found this to be the strongest aspect of the book, being able to connect the dots between the narratives; seeing the same situation unfold between two very different points of view. On top of this, Ferdinand’s section provides what I think is a very important close study of the confusion between love and obsession, and his delusional narrative perspective proves to be one of the most fascinating and scarily realistic things I have read in a long time. This is a relatively quick read and I would highly recommend it. 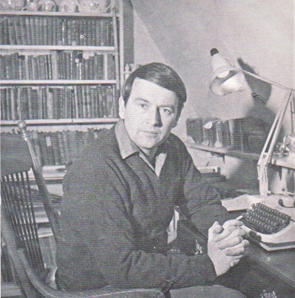 She often went on about how she hated class distinction, but she never took me in. It's the way people speak that gives them away, not what they say. You only had to see her dainty ways to see how she was brought up. She wasn't la-di-da, like many, but it was there all the same. You could see it when she got sarcastic and impatient with me because I couldn't explain myself or I did things wrong. Stop thinking about class, she'd say. Like a rich man telling a poor man to stop thinking about money.

I don't hold it against her, she probably said and did some of the shocking things she did to show me she wasn't really refined, but she was. When she got angry she could get right up on her high horse and come it over me with the best of them.

There was always class between us.