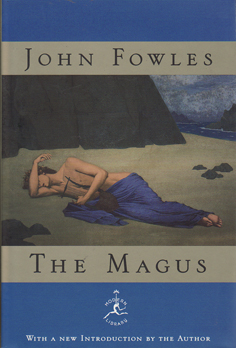 I’ve held off from writing this review for a while; I finished reading it a few weeks ago and even now it still lingers in my head. Not in a very long time have I read a book which has presented such a relatable protagonist, (at least for me), and managed to make me genuinely change the way I think about certain things. This is a book I was recommended to read quickly and without any precursory knowledge, and in retrospect I agree with that, so this review will not discuss the plot in detail or anything specific from the actual book. I will however discuss what does and doesn’t work about this book in generalisations. There is much to love about this book, however, it is not without its flaws.

In very broad terms, this is a story about a man who moves to a small Greek Island in the Aegean as a teacher, and the book focuses on particularly the relationship between him and a mysterious man named Conchis, whom he meets during his time there. Conchis continuously plays mind games with Nicholas, making him constantly question his sense of self and the events around him. The interaction between these two characters are the highlights of the book, and I found myself loving almost every page they spent together, with Fowles’ unique way of being able to effectively balance story and philosophical concepts regarding existentialist thought and the value of humanity.

This book was honestly a bit of a rollercoaster. My perception of the story changed more than I think it has with any book that I’ve ever read. Again, its hard to talk about what I mean by this, but this leads into the importance of reading this book in as small a time frame as possible. As the book progressed further and further I found myself relating very closely to the character of Nicholas, not only through his character, but also his perspective of basically having zero idea what was happening most of the time. This is where I think both the strengths and weaknesses that this book has stem from.

As someone quite interested in film, often when I read books I tend to visualize how they would translate to the screen. Toward the beginning of this book, and as the mystery started to unfold, it struck me that no one had tried to adapt this into a movie yet. That was until I researched and realised it actually had a film adaption starring a young Michael Caine back in the late 60s. It was completely panned, with John Fowles himself expressing his distaste toward the outcome of its production. However, as I continued to read, it became abundantly clear why the screen adaption was a complete failure.

The book, as excellent as I think it is, honestly diminishes from being a little too overlong, with the final act stretching a little longer than it ultimately should have. And with regards to the screen adaption, after reading this I believe it would be almost virtually impossible to create it without making a complete mess. I think as a book, it only just teeters on the edge of becoming completely frustrating to read, with all its twists and turns beginning to diminish in value as the book progresses; particularly nearing the middle, where I found myself looking at the progress I’d made reading it and thinking to myself, Where is this going?

This all said, passing about this halfway mark was extremely rewarding, as I think once the façade of twists is lifted, as a reader, the experience of reading through the final half of the book I found to be my favourite section by far. And the ending, as much as I have read lots of reviews and forums which complain about the nature of how it wraps up, I thought was honestly perfect in every single way for the story that was told.

This was an extremely difficult review to write, especially due to the fact that many of the praises and criticisms I have are concerning specific spoiler-heavy aspects of the plot, but overall I found this book to be honestly (despite my annoyances) one of the best and most fulfilling reading experiences I have had in a very long time. I would recommend this to everyone. 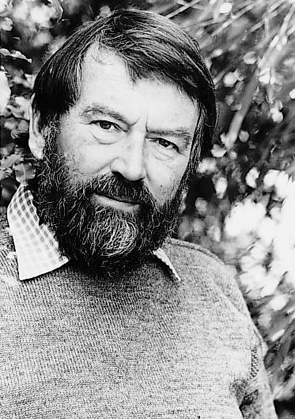 The Prince and the Magician

At this, the prince returned to the next land, and went to the same shore, where once again he came upon the man in full evening dress.

My father the king has told me who you are, said the young prince indignantly. You deceived me last time, but not again. Now I know that those are not real islands and real princesses, because you are a magician.

The man on the shore smiled.

It is you who are deceived, my boy. In your father’s kingdom there are many islands and many princesses. But you are under your father’s spell, so you cannot see them.

The prince returned pensively home. When he saw his father, he looked him in the eyes.

Father, is it true that you are not a real king, but only a magician?

The king smiled and rolled back his sleeves.

Yes, my son, I am only a magician.

Then the man on the shore was God.

The man on the shore was another magician.

I must know the real truth, the truth beyond magic.

There is no truth beyond magic, said the king.

The prince was full of sadness.

He said, I will kill myself.

The king by magic caused death to appear. Death stood in the door and beckoned to the prince. The prince shuddered. He remembered the beautiful but unreal islands and the unreal but beautiful princesses.

Very well, he said. I can bear it.

You see, my son, said the king, you too now begin to be a magician.

Extract from The Prince and the Magician as it appears in The Magus.
(While I have tried to reveal little of the plot in this review, this fairy story within the story encapsulates much of what the novel is about, with the son representing Nicholas and the Magician representing Conchis. It also expresses some of the key tenets of Fowles's French existential influences, like Camus and Sartre. He did an honours degree in French literature.)