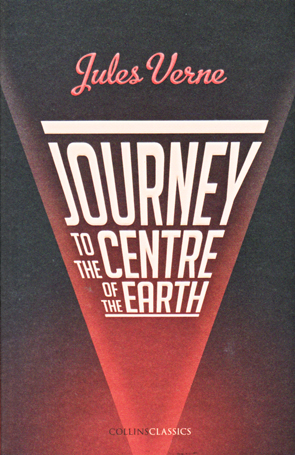 Journey to the Centre of the Earth
Jules Verne
bikerbuddy

Jules Verne’s Journey to the Centre of the Earth was first published in 1864 and has been the inspiration for several films despite the fact that the hollow Earth theory they were based upon had long been discredited before their production. The theory has a number of different forms, but essentially it is a belief that the interior of the Earth has vast hollow spaces in which other words and civilisations might exist. The idea has existed since ancient times, with the Greek underworld and Christian conceptions of Hell being two variants on the idea.

Verne’s story is fairly well known, even to those who have never read him. Professor Otto Liebenstock discovers a cryptograph from an old runic manuscript by Arne Saknussemm, a sixteenth century alchemist. When deciphered Saknussemm’s message tells of an entrance into the underworld, leading to the Earth’s very centre. Liebenstock presses his nephew, Axel, into service, and within days they are heading to Iceland to Snæfell, an extinct volcano that Saknusemm credits as being the entry into the earth. They hire an Icelander, Hans Bjelke, who accompanies them and becomes instrumental to their success.

I’ve seen two film adaptations of this book: the 1959 version starring James Mason and the 2008 version starring Brendan Fraser. In my opinion the 1959 film captures the mood of the book more successfully than the later film, despite its own digressions and additions to the story (including extra companions, a rival team, murder and the presence of a pet duck). What the films take from the book in common is the discovery of a vast interior sea and the presence of prehistoric animals. The earlier film emphasises science and discovery; the latter, adventure.

Verne’s novel is both Science Fiction and an adventure story, and therefore has much in common with Sir Arthur Conan Doyle’s later novel, The Lost World, which documents a journey to the wilds of South America where Professor Challenger discovers a primitive world filled with early humans and dinosaurs upon a plateau. While Verne is credited as a prescient Science Fiction writer, I felt his use of the hollow Earth theory was more opportunistic than heartfelt; I felt the story more on par with Doyle’s novel. Professor Liebenstock becomes the advocate for the hollow Earth theory, while his nephew, Axel, remains ever doubtful and is initially fearful of the interior heat of the Earth. Liebenstock is allowed to promote his theory in the novel enough that Verne’s reader might suspend disbelief, at least while reading. Verne’s use of the mysterious cryptogram, however, is enough to suggest that Liebenstock’s scientific exposition is more to do with world building than speculative fiction. To this extent the book is an adventure story with the trappings of Science Fiction, with several harrowing adventures, including being lost underground for days in the dark, as well as a perilous sea journey in the interior of the Earth with the threat of destruction by ferocious dinosaurs.

I raise the issue of this book being an escapist adventure since it is sometimes said that Verne is a hollow Earth advocate who got it wrong. However, this is to mistake the fact, I think. The book is narrated by Axel who does not believe in the theory, even after their adventure: For my part I cannot agree with his theory of gradual cooling; in spite of what I have seen and felt, I believe, and always shall believe, in central heat. In fact, the veracity of the theory in the world of the story remains ambiguous to the end. While Axel may have travelled to the Earth's interior he has also seen enough to make him believe the eventual scientific explanation will be more complex that Professor Liebenstock would allow.

An aspect of the novel that is interesting and gains less attention is its acceptance of evolutionary theory. The narrative gives token acknowledgement that the Earth has had a creation, thereby implying the hand of God, but the descent into the Earth allows Liebenstock and Axel to witness the various ages of the Earth through the layering of its formation. I don’t think this is described entirely accurately, but the importance of stratification to understand the past is certainly shown in the novel. The idea of God’s creation and the evidence of stratification make Verne’s position a little ambiguous, but there is an interesting episode on their way to Snæfell. Their journey is long and they receive the hospitality of peasants along their route, even from a family of nineteen children. Everyone is generous except the priest:

We supposed they were standing there to bid us farewell. But the farewell was put in the unexpected form of a heavy bill, in which everything was charged, even to the very air we breathed in the pastoral house, infected as it was. This worthy couple were fleecing us just as a Swiss innkeeper might have done, and estimated their imperfect hospitality at the highest price.

When Liebenstock marches Axel to the height of a church steeple it is not to look to heaven but into the abyss below.

If Verne allows the scientific principles upon which his novel is based to remain ambiguous, he makes clear that the principles of science itself need never be questioned. Science, my lad, says Professor Liebenstock to Axel, has been built on many errors; but they are errors which it was good to fall into, for they led to the truth. The journey undertaken by the characters represents a literal fall[ing] into of scientific investigation, while Verne seems content to imply his professor’s advocacy of questionable theories are part of the strength rather than the weakness of scientific investigation. This is why I think Verne isn’t advocating hollow Earth theory himself, merely using it as the basis of an adventure story, which is why it is probably still read. It is only one example of this debunked theory in literature, but it is possibly the best known. That might be in part to Verne’s reputation for the body of his work, but it is also because the story is entertaining.

With that said, the amendments made by Hollywood to the story reveal that it is very linear. Professor Liebenstock and Axel are the only real characters of note, and they remain psychologically uncomplicated. Hans, their companion, doesn’t speak English and no drama is ever attributed to him. In fact, he is little more than a plot device; a handy explanation as to how things get done. He never complains, never shows emotion and never questions. The regular payment of his wage seems all that Verne deemed necessary for his character’s motivation. The plot itself is a progression from A to B, even if complications add interest and drama. The real star of this novel is Verne’s imagined world.

Then I remembered the theory of an English captain who likened the earth to a vast hollow sphere, in the interior of which the air becomes luminous because of the vast pressure that weighed upon it; while two stars, Pluto and Proserpine, rolled within upon the circuit of their mysterious orbits. 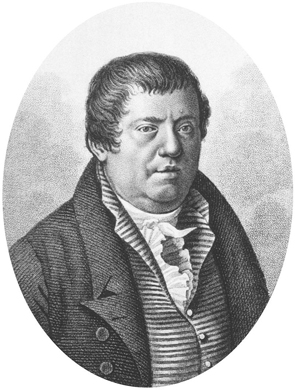 Sir John Leslie
Axel, Verne's narrator, alludes to an English captain when he suddenly remembers Sir John Leslie's specific theory, which is only one of many variations put forward over the centuries. Leslie was, in fact, a physicist and mathematician.