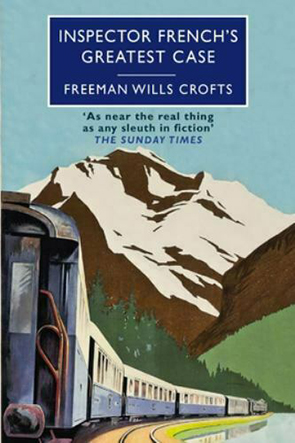 It’s interesting that this is called French’s greatest case when it’s the first in the series, out of a total of thirty books. Should I not bother with any more of them, as I’ve already read the best? That would probably be a shame because I found I enjoyed this mystery very much. Julian Symons described Crofts’s writing style as part of “the humdrum school” (in his 1972 critical work on history of crime fiction ). However I couldn’t finish the only Julian Symons mystery I’ve attempted – it was too tedious to catch my interest – while I ripped through this book in just a couple of days. I would have to say that I disagree with Symons: I found this book far from humdrum. It was a well-constructed puzzle, the writing style was engaging and I enjoyed Crofts’s approach to the genre.

There is nothing fancy about Inspector French: no bold leaps of intuitive guesses or flashes of brilliant insights like we get with so many of the Golden Age detectives. French painstakingly follows procedure and doggedly follows each lead thoroughly. He gets downhearted if all of his leads end up going nowhere, but then looks until he finds some other snippet of fact to follow. It’s hard to say just why I liked Inspector French and this book so much, as it is mostly French methodically working his way through his inquiry. And there is no suggestion of the incompetence of the police in this book, as in so many other books in this genre; French is shown to be very good at what he does and very thorough.

We get the crime in the opening pages: a murder and a diamond robbery at a diamond merchants in Hatton Garden, London. There is no unneeded establishment of characters – we don’t follow them for days before the inevitable murder – to get to know their problems and their temptations. I think this fits in with French being a police officer. The book is about French investigating the crime, so we are introduced to French quickly and we learn about what has happened and about the possible suspects as French learns about them, through his eyes.

There are a few oddities to the story, given the usual tropes of the genre. French does not have an offsider, for instance: he doesn’t have another officer working the case with him, as seems to be the norm in most police procedurals, or even with most amateur detective stories I’ve read or watched. He gives his Chief occasional updates on the status of the case, and he has underlings that he assigns tasks to, but he is basically on his own. The closest he gets to a loyal offsider is his long suffering wife. When French is feeling baffled, he turns to his wife:

“She, poor woman, haled from the mysterious household employments in which her soul delighted, would resignedly fetch her sewing and sit placidly in the corner of the Chesterfield while her lord and master strode up and down the room stating his premises, arguing therefrom with ruthless logic and not a few gestures, sifting his facts, grouping them, restarting them… Sometimes she interjected a remark, sometimes she didn't; usually she warned him to be careful not to knock over the small table beside the piano, and invariably she wished he would walk on the less worn parts of the carpet.”

I love this picture of this woman, dragged from whatever she is trying to get done and made to listen to French’s long monologues. We get two of these scenes in this book and they are both amusing. French and his wife appear to have a great relationship: her patient listening allows him to get all the threads straight in his mind, and she ends each encounter with a brief comment (which he calls “a notion”) that gives him an idea of where he should look next, while quickly forgetting where the idea came from in the first place.

Another oddity is how self-reliant French seems to be. He does his own fingerprint analysis, his own handwriting analysis, and when a cipher turns up, his own decryption. It takes him over a day to crack the code, but through perseverance, crack it he does. And I really wasn’t expecting all the travel French undertakes throughout this book: travelling to Amsterdam, Switzerland, France, Spain. He even sets off towards Brazil. At one point French debates the worth of going to Switzerland to follow up one possible lead, but is encouraged by his Chief that it won’t cost much and could yield some valuable information. Travel, train schedules and shipping schedules are all important to the plot, and French is in his element, methodically working his way through the minutiae of detailed alibis. But despite his precision, he still finds time to describe his journeys, like a travelogue writer, and seems to find joy in most of the places he visits over the course of the book.

After French’s methodical approach during most of the book, the final part of the story gets surprisingly fast as French closes in on the murderer. There is even a little twist at the end that shocks French deeply. But I don’t think this is a plot that would work today. Certain essential plot elements just wouldn’t be possible with all of the security checks needed for international travel, now. Yet they work in a story set in the 1920s and are thoroughly enjoyable. I really enjoyed this mystery and look forward to reading more of Crofts’s books in the future. 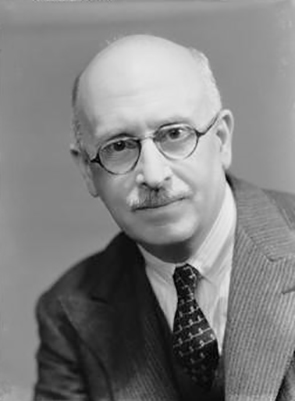 Freeman Wills Croft
Freeman Wills Croft was a railway engineer by trade who took up writing when absent from work due to a long illness in 1919. His first book was published in 1920 (The Cask). Inspector French's Greatest Case was his fifth book, published in 1924. By 1929 he abandoned his railway engineering career and became a fulltime writer. He continued to write until his death in 1957.
Widget is loading comments...
× 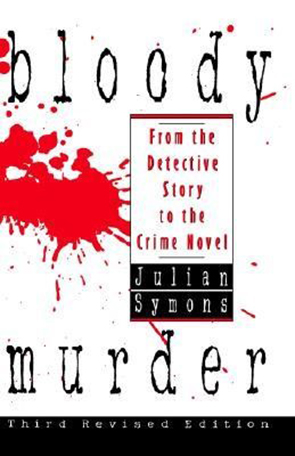 A note on Julian Symons book - I haven't read it, but Martin Edwards referred to it many times in his The Golden Age of Murder. Edwards disagrees with Symons on many points and praises Croft several times in his book.