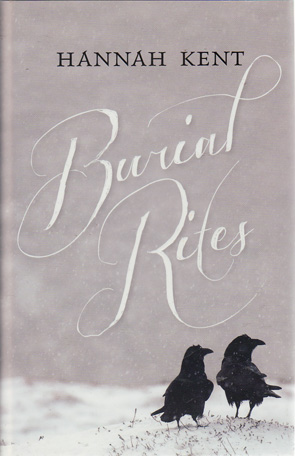 Hannah Kent includes a basic map of Iceland at the beginning of Burial Rites. It includes a detail from Iceland’s north where this story is set. The book is based upon real events from 1828, the year in which Agnes Magnúsdóttir and Fridrik Sigurdsson were executed for the murder of Natan Ketilsson and Pétur Jónsson. Agnes was the last person to be executed in Iceland. The map mostly marks the locations of farms important to the story, making the region look populated. But it is not. Even now, if you look at Google Earth, the area covered by the map is easily identifiable, but it is dotted with just a few farms, here and there. Closer to the coast at Húnafjördur the cultivated fields are evident on the satellite image, but as you make your way inland to the area where Agnes is held in the novel, pending her execution, the land looks less cultivated and eventually gives way to a stark landscape blasted by the winters of the region. If you allow Google Earth to take you into its Street View along some stretch of the highway, you will probably find a barren road with fields either side and mountainous hills looming in the near distance. From my experience, the closest approximation I could make was to New Zealand’s alpine regions. Somewhere along the road, a major highway in fact, I saw a few sheep captured by Google’s car as it passed. The sheep seem unconcerned at the passing vehicle and have made no real attempt to move. I thought of Australian roads as I looked at the images, both on the fringe of cities and in the country, littered with the corpses of kangaroos, wombats and other wild life. So, I scooted the mouse wheel to make Google’s Street View give me the impression of travelling along the highway, to search for this equivalent carnage, but I saw no dead animals. The place looks clean, almost like it has been left, waiting for something to happen.

It is hard not to think of Iceland and what it might be like to live there, having read Kent’s book. I don't think I have read a book with such a strong sense of desolate isolation since Annie Proulx's The Shipping News. Kent, an Australian writer, states in her acknowledgements that she intended the book as a dark love letter to Iceland. I think she has achieved that. I felt a strange longing to see this place as I read the story. The sense of place is strong in the narrative; the cold, the winds, the isolation, the primitive dwellings insulated with turf and the slow life that is easy to romanticise as a twenty first century reader. Yet, at the same time you are aware that this is a hard life, with the need to toil, even when sick, with the need to plan carefully for the winters in order to survive, and with little comfort other than that offered by family and religion.

Many of the characters in the novel are based upon real people. Björn Blöndal, the District Commissioner whose correspondence begins the novel, visits the farm of Jón and Magrét and their two daughters Steina and Lauga, to inform them that they must accept Agnes into their home, pending her execution, since Jón is the District Officer of Vatnsdalur. Naturally, the directive is not popular, and Agnes’s presence causes consternation, since they have no where to keep her locked up and the protection the family is offered is only for a day or so while Agnes settles in. In addition to this, Agnes must receive religious instruction to bring her to God before she is executed. Having fallen out with her previous priest, she requests the services of Reverend Thorvadur Jónsson, an assistant priest, also known as Tóti, from whom Agnes remembers a past kindness.

It is easy to be reminded of Margaret Atwood’s Alias Grace while reading this story. Like Kent, Atwood based her story upon a true crime committed in Canada. However, it is useful to consider Atwood’s take on the female murderer for a moment, to help understand how this book is different. Atwood, in a speech she used in the 1990s and now generally known as Spotty Handed-Villainess, advocates the creation of more complex and morally ambiguous female characters. Her point is not that all female characters should be bad, but rather, that all female characters should not be good. She considers a range of bad characters – Goneril and Regan, Lady Macbeth, as well as Medea, for example – and the impact they have on notions of traditional female roles. Of Goneril and Regan she says, very little can be said in their defence, except that they seem to have been against the patriarchy; while Lady Macbeth was furthering her husband's career. She pays the corporate-wife price, too -- she subdues her own nature, and has a nervous breakdown as a result; and Medea is a good woman … who does a bad thing for a good reason … she doesn't want her children to fall into hostile hands and be cruelly abused.

Atwood’s fiction is intent not only on upending and challenging traditional female roles but widening the moral spectrum along which female characters can act and be accepted as moral counterparts to their male equivalents. In Alias Grace, Atwood creates an ambiguously dark character, tantalising yet at one remove from the reader’s grasp. Kent, however, creates a far more traditional portrayal of the feminine in Agnes. Naturally, she inspires a sense of dread and horror because of the part she is meant to have played in the murders. However, Kent, who admits that her portrayal of character is imaginative, wants the reader to sympathise with Agnes not as a woman acting on Atwood’s terms, but as a woman wronged by patriarchal power structures – the law and possibly a church that seeks to re-inscribe her within its ideology – as well as her personal relationships with men. Kent’s portrayal of Agnes is somewhat intriguing, but it does not have the morally ambiguous scope of Grace Marks. By being placed within the family until her death, her path becomes one involving an acceptance of her actions within traditional models of female behaviour.

One way Kent does this is through her narrative voice. The story is narrated in third person, except in sections where the reader is given access to Agnes’s thoughts and feelings in first person. Atwood’s Grace is also given a first-person narrative, with other points of view included in the narrative, but one is never entirely sure how much Grace is providing a certain version of the truth. Certainly, the same could be said of Agnes, I guess, but there is a sense in the story that a truth is being revealed, otherwise the trajectory of the story makes less sense.

Agnes is also painfully aware of fate, a state of mind peculiar to the victim. Kent imbues this sense through her narrative structure, to start with, which has echoes of the Saga of Gudrún. The epigraph to her novel, I was worst to the one I loved best is taken directly from the Saga. Gudrún, whose circumstances are similar to Agnes’s, is prophesied by Gest, that she will have four husband’s, the third of whom has similarities to Natan Ketilsson, whom Agnes is convicted of killing. And like Gudrún, Agnes also lives under her own prophetic pall, shouted at her by an angry traveller, that one day she would have an axe fall on her head; that she would be beheaded. Agnes’s sense of ill-fate pervades the book, from a dream which she tells to Tóti (although perhaps a little manipulatively), to a story from her childhood that Agnes feels marks her. She also feels marked by God who, for reasons known to Him alone, He has pinned me to ill fortune, and although I have struggled, I am run through and through with disaster; I am knifed to the hilt with fate. I found that expression peculiar. It reminded me of Herman Melville’s character, Ahab, who tells Starbuck, By heaven, man, we are turned round and round in this world, like yonder windlass, and Fate is the handspike. Like Ahab, Kent seems to give Agnes a tragic fate that has a cosmic scale far beyond the means of the individual to avoid.

Overall, I think Kent’s novel is a less cerebral work than Atwood’s, but it is highly engaging with sympathetic characters for whom the reader can feel deeply. I found the book to be page turning. I wanted to know Agnes’s story. What I was left with by the end of the novel was the sense of isolation that Iceland provides, which seems like a good metaphor for the existential ‘aloneness’ of several characters in this novel. Agnes is marked for death, but she is not the only one who faces mortality. It is life lived at very coal face of death, which is an experience many of us have lost in this modern world. A highly recommended book. 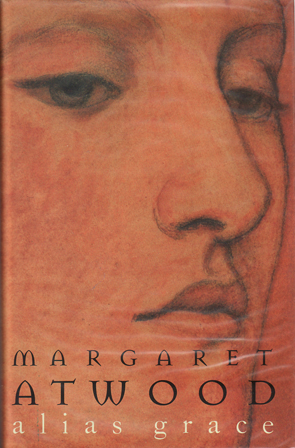