This is a roundup of a few recent book purchases and another complaint about the vagaries of Australia Post.

I wrote on the 21st of last month that booktopia.com wouldn’t have new stock of The Seven Moons of Maali Almeida by Shehan Karunatilaka, this year’s Booker Prize Winner. I assume the situation is the same everywhere as stockists wait for the publisher. That’s on order. On the day I went looking for that book in Sydney I also considered buying a fresh copy of Milton’s Paradise Lost, but then didn’t. I read Paradise Lost as part of my university course (many moons ago), but I thought it would be nice to reread a copy free of all my student annotations. So, when I arrived home and ordered the Booker winner, I also ordered a copy of Milton, too. The same edition was cheaper online and I was getting free shipping for my order. It was listed as in stock and the book shipped within booktopia’s given timeframe. That was ordered on the 21st of last month. This morning, I still don’t have it, although I’m hoping it will arrive today.

But a strange thing happened last week. My Milton arrived at Australia Post’s sorting facility last Thursday (27 October), and another book I had on order, another edition of Ulysses by James Joyce, arrived at the sorting centre the next morning. 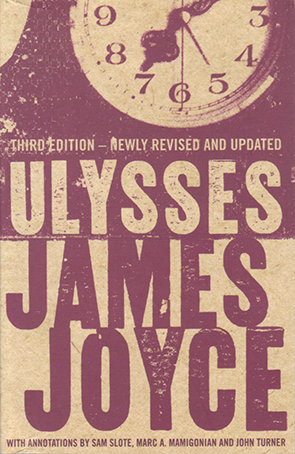 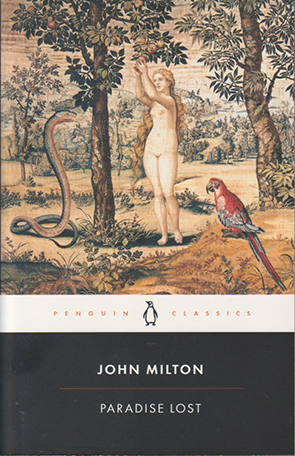 I wrote last month how I purchased a huge edition of Ulysses. It’s a facsimile edition with essays, notes, maps etc. But it’s not a book I could travel around with, due to its size, nor would I want to write notes in it. I’d promised to read Ulysses as a project with Toriaz in the near future, so we both agreed on this edition, published by Alma Classics. It’s a cheap paperback that I won’t mind writing in, and it also comes with extensive notes and annotations at the end.

To put this in perspective, I’ve been to Penrith twice since last week. If it was allowed, I could have picked the book up faster. In fact, had I walked to booktopia’s facility in Rhodes (I have walked long distances like this in the past across Sydney for various reasons), collected the book and walked back home, I would have had the book over a week sooner.

Other recent purchases weren’t so complicated. I was in Big W in Penrith over the weekend and spotted the new Cormac McCarthy novel, The Passenger, and the new Terry Pratchett biography written by his personal assistant, Rob Wilkins. I’ve only read a little of Cormac McCarthy in the past – The Road, Blood Meridian, No Country for Old Men – but what I’ve read is enough to know he is an impressive writer. McCarthy hasn’t released a new novel since The Road, published in 2006. Now, he’s released The Passenger last month, and a second related novel, Stella Maris, will be released this month. 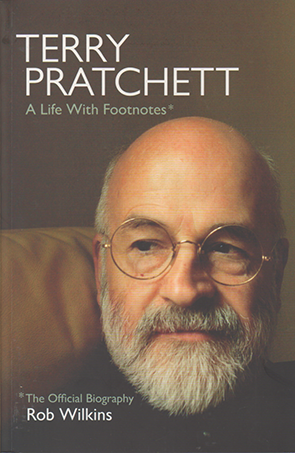 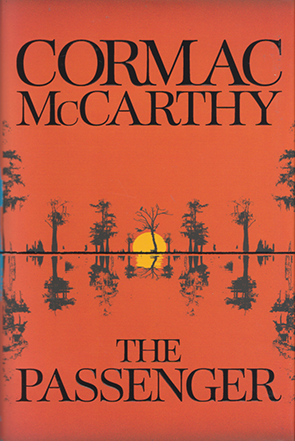 As for the Pratchett biography, I’ve been reading it since the weekend. I’m just over halfway through and have been enjoying it. I should be able to write a review for it by next week.

PS: It seems the universe loves a complainer. My book arrived just before lunch today. 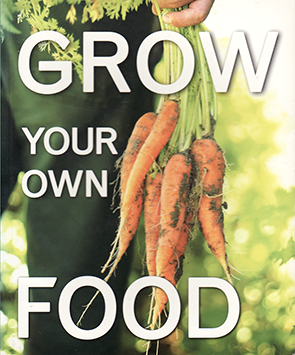 I’ve been pretty busy lately, which has slowed my reading and reviewing, as well as some long term projects I have still to get off the ground. I’ll write more those projects tomorrow.

I’ve been working on a vegetable garden for the past few months. And given that I like blog posts here to be related to books, I thought I’d mention Grow Your Own Food, a book published by Penguin Books, which is specific to Australia. Apart from helpful tips on all manner of things related to vegetable gardens, it also provides a guide as to what to plant and when in different regions of Australia. I picked the book up last year from a local street library. It helped me rekindle a long-dormant desire to create a vegetable garden. The power of books! I haven’t had a vegetable garden since I lived at home as a teenager, so I have much to learn and many mistakes to make. But I decided to give it a shot. So far I’ve constructed four vegetable gardens over the past few months. I spent this morning planting carrots and constructing a trellis for my cucumbers. I’m also growing cherry tomatoes, various kinds of lettuce, silver beet, broccoli, strawberries, capsicum, onion, zucchini, peas, beans, chilli and passion fruit. I’ve also constructed a three bin composting station a couple of months back from pallets going free on the side of the road.

What made me think of writing a blog post this morning was an article about Michael Duffy that has appeared in our local paper, the Blue Mountains Gazette. (Click on the newspaper image to see a readable version of the article).

Someone reading this might remember that Duffy is a local author who has written two crime novels set in the Blue Mountains, The Problem with Murder and The Strange Death of Paul Ruel. We’ve reviewed both books on this website. Michael Duffy only sells these books through Blue Mountains bookstores, or through his website, orphanrock.com. The link I made between the article about Michael and my garden was his description of his books as “local produce”. He’s sold copies at a local produce market in Blackheath. That’s the idea of the picture in the newspaper article, with the books in a wheelbarrow. It’s also why I appear next to one of my garden beds holding Michael’s book, below: two kinds of local produce! 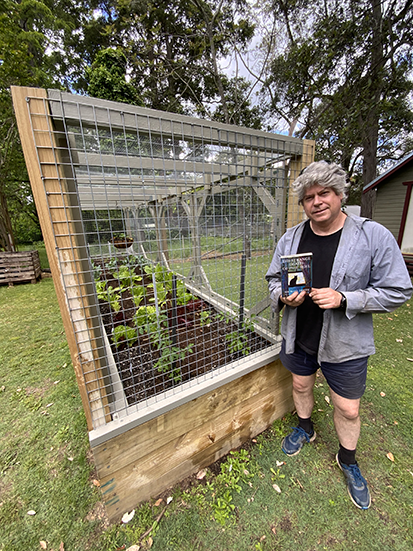 I’m currently reading Cormac McCarthy’s new book, The Passenger, and hope to review it by next week. 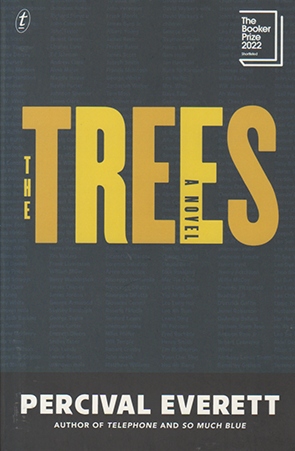 A crazy number of books

In my last post I said I was going to write about future projects, but yesterday I went into Sydney, instead, and bought Percival Everett’s The Trees, shortlisted for the Booker Prize this year. Booktopia had changed the status of the Booker winner I ordered, The Seven Moons of Maali Almeida. Now their supplier is out of stock, so instead of receiving the book now, the date has been pushed into next month. Naturally, the Sydney stores didn’t have it either – I could have cancelled my order if they had – but they did have The Trees, which had kind of intrigued me: a crime story on the Booker shortlist.

I’ve written about the crazy number of planned projects I have for the future before. I’ve been buying books to set aside for those projects. As promised, here’s a list (with possibly some I will forget) in the order I remember them:

Ulysses by James Joyce – I was thinking of a close reading of this book, possible with Dubliners and Portrait of the Artist as a Young Man, along the lines of my treatment of The Count of Monte Cristo. The plan is to read the book with Toriaz.

Paradise Lost by John Milton – I read this at university, but I’m interested to read it again and maybe do a commentary/summary.

The Divine Comedy by Dante Alighieri – I haven’t read it, and I’d like to give it a similar treatment to Paradise Lost.

The Tale of Genji by Murasaki Shikibu – I’ve read the original 19th century translation by Kencho Suematsu, which I reviewed for this site, but it’s only a partial translation. I’ve purchased all major translations of the work and I hope to do a summary/commentary as well as a discussion about the different translations and their treatment of the work.

The Complete Dickens – I read a number of Dickens novels when I was very young and Dickens has always had a special place as an author in my heart. I decided to read (or reread) all of his novels, as well as as much of his non-fiction, journalism, shorter stories and more obscure works that I could find. I’m trying to read them chronologically. Martin Chuzzlewit, whenever I get around to it, is next.

The Complete George Eliot – I had never read Eliot before. I decided to read all her novels, although so far I’ve only managed to review her first work, Scenes of Clerical Life, which comprises three novellas.

The Famous Five Series by Enid Blyton – I actually started reading these again about two years ago and have several essays already typed. I’m hoping to read the books in order and try to produce my own map of the world of the Famous Five. I’m also interested in aspects of the novels which have become controversial: sexism, racism, class etc, and hope to write about those in specific detail.

The Booker Project - This is an ongoing project which can never really be finished. I intend to read/reread all the Booker Prize winners since 1969 when the prize was first awarded, and International winners from 2016 when that award changed to award single novels in translation

The Iliad and The Odyssey by Homer, and The Aeneid by Vergil – I’ve read Homer before, but the idea to reread him started with the idea to read Ulysses which has a structural basis in The Odyssey (apparently). Toriaz also wants to read The Odyssey with me, but since the box set I bought includes Vergil, I thought I’d include that with my idea to make a summary/commentary of each work.

I also have a pile of longer novels and classics I hope to read or reread. I plan to reread Anna Karenina, since my reading at university was necessarily rushed, Clarissa by Samuel Richardson, Tom Jones by Henry Fielding, Tristram Shandy by Laurence Sterne, The Magic Mountain by Thomas Mann . . .

Of course, this is becoming depressing, because all this is only a small selection of the massive number of books I have set aside to read, both contemporary and classic. I promised myself I would not buy any more books to help alleviate the problem, but what did I do yesterday? Added to that, Cormac McCarthy’s Stella Maris is being released next month, a companion novel to the book I’m currently reading, The Passenger. Books seem to multiply like weeds in a garden! 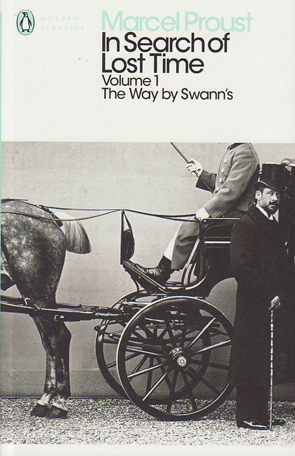 Forgetting a book about remembering

I wrote yesterday about the “crazy number of planned projects” I had for the future, and how I made a list “with possibly some I will forget”. It turns out I did forget one. I was reading the Sydney Morning Herald this morning when I came upon this headline: Why it’s time to get lost in the greatest novel ever written. Naturally, I started to read the article and remembered (how could I have forgotten) the project that mostly started this new round of planned projects – a book all about memory! – In Search of Lost Time by Marcel Proust.

I read Swann’s Way (or The Way by Swann's as my edition translates it), the first volume of Proust’s novel of over a million words earlier this year and loved it. I have all volumes of the book waiting for me, as well as Stephane Heuet’s first two graphic novel adaptations. When I read Swann's Way I had a sense of entering into a world of another country’s past, as well as the aesthetic sensibilities of the author/narrator. I really wanted to slow down and savour the work, make some notes, even summaries, and chase down as many of the allusions as I could. So the book seemed perfect for a special reading project.

But my time in the second half of this year has been fractured between different interests and obligations, so I’m hoping to get at least some of these planned projects on track early next year.

Follow this link to read the Sydney Morning Herald article I read this morning about Proust’s life and work. 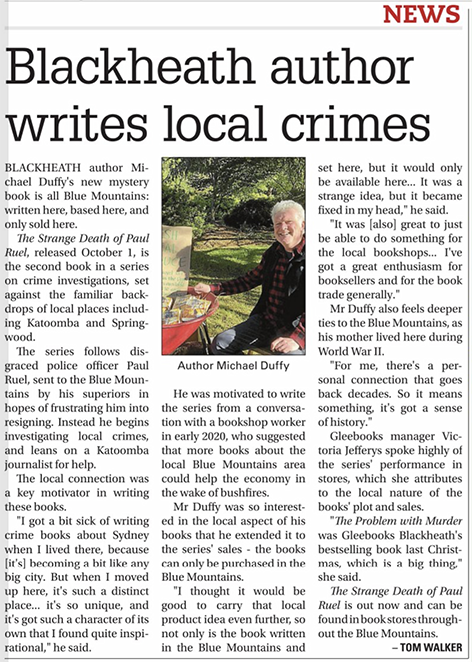