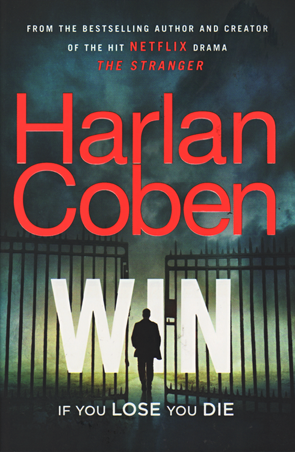 It’s no secret that I am a big fan of Harlan Coben and that I have read all of his books.

This one of his books starts with memories of crimes from over twenty years ago which were never solved. Win, the main character, otherwise known as Windsor Horne Lockwood The Third, is a very familiar character as he has appeared in many of Coben’s previous novels. Win’s cousin, Patricia, was abducted twenty years before and although she escaped, others were also taken and killed, and artworks were also stolen. Years later, Win becomes a FBI suspect when his suitcase turns up at the murder scene, along with some of his family’s heirloom artworks.

However being as rich as he and his family are means that money talks, so Win is able to work in the way at he does best: violence. As has clearly been revealed in past novels, he is not afraid to use extreme violence, and even kill if need be to obtain information he needs. So when he hears that the perpetrators may still be at large, Win manages to do some investigation of his own.

Win tries to track down the group of six people the FBI believe are responsible, but the possible perpetrators have been elusive until now and prove to be difficult to track down. Is family able to shed light on the case? What you think is true of course is never really the case, and Coben manages to twist things to show the unimaginable. Is this a case of Win being able to use his influence, money and violence to solve the case? Or will the truth still elude both Win and the FBI for years more to come?

Will Win be true to his name and ‘win’ the case, something which he’s generally able to do by any means?

In the process Coben manages to have a quick, but jovial dig at John Grisham, a fellow author of a similar genre.

I enjoyed the novel, especially the fact that it was linked to prior novels by way of WIn, but don’t think it was his best.