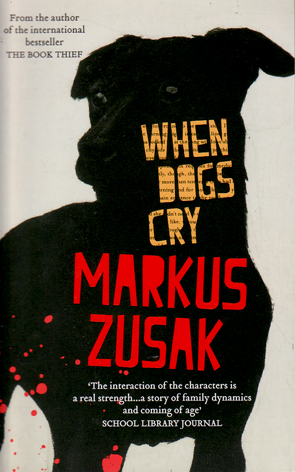 Sometimes when I’ve been reading a number of crime / thriller stories in a row, I just feel like a change. I read The Book Thief three years ago while my son was also reading it for the HSC [the high school leaving exam in NSW Australia], so I at least knew the author, an Australian, Markus Zusak, who also won the Children’s Book of the Year Award for Older Readers with his book, The Messenger. When Dogs Cry was his first published novel and is based upon a boy, Cameron Wolfe, growing up in my ‘home town’, or Sydney, as people from overseas would know it.

The story is based around a family with mum, dad and four children: three boys and a girl living close to Central. They are a working-class family. They are hardworking. The two younger brothers both work on weekends, helping their dad. As in many families, the two younger boys, both living at home, are entirely different in character. Rube is the older, more outgoing son. He is confident and strong willed. He has had a number of girlfriends one after the other, loving and leaving each. He is always prepared for a fight if needed and never quite understands his younger, more sensitive brother, Cameron, who hopes that one day he will meet the girl of his dreams and fall in love. With no experience of girls, except watching them on the street, Cameron is looked down upon by his elder brothers. As if to emphasise Cameron’s more sensitive, reflective nature, each chapter is separated by Cameron’s writing, recording his thoughts and feelings as his life develops and his maturity evolves.

So, they are a typical family. In many ways, my eldest son is a ‘Cameron’, so I understood his character straight away, and I had a special soft spot for him, as he tries to find his own way growing up.

But what could be more boring than reading about a typical family?

Yet it’s not. This story explores the development of the two brothers in particular, and their relationship with one another as they grow through their teenage years. Cameron finally meets a girl, Octavia, and starts a relationship with her to the surprise of his brothers, and possibly even himself. The book looks at Cameron’s unexpected but gorgeous, developing relationship with Octavia and its impact upon his maturation.

Zusak has done a beautiful job of turning a typical family story into a fairy tale. I thoroughly enjoyed this story. I kept thinking of the movie, The Castle as I read it. It’s an Australian movie which is very popular here, although its humour doesn’t seem to translate well to American audiences. The movie is about a family struggling for justice, and like the characters in that movie, we barrack for Cameron, the underdog, in Zusak’s novel. Because that’s what the title is about. This is a book about underdogs and their struggles to rise above their circumstances. In many ways it is also in the flavour of a new Australian film, Ladies in Black, which I only saw yesterday. That movie, again set in Sydney, also follows the development and maturation of its characters who aspire to something more than their parochial understanding of the world allows.

It is easy to write a story about someone raised to heights such as stardom, but here Zusak portrays growth, maturity and passion in an everyday person. Cameron is an underdog who wishes to prove himself worthy and make a place for himself, which is a compelling and identifiable story for many. Thoroughly recommended. 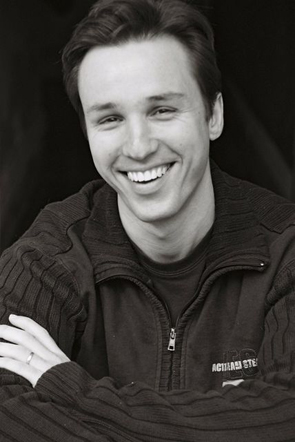