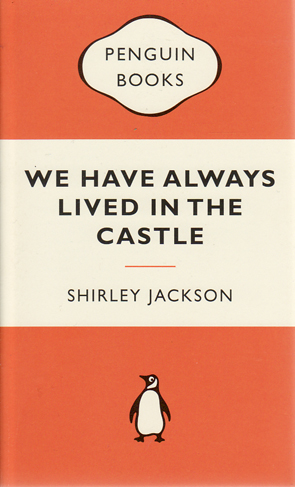 We Have Always Lived in the Castle
Shirley Jackson
bikerbuddy

At one point in the story, the narrator of We Have Always Lived in the Castle, Mary Katherine Blackwood, otherwise known as Merricat, likens her life with her sister, Constance, in their sprawling New England property, with that of Robinson Crusoe. But Merricat and Constance’s existence is as much chosen as it is dictated by necessity. The sisters live with their ailing Uncle Julian, isolated from the nearby village and its people who hate them. Merricat ventures into the village every Tuesday by necessity for supplies, and while there she endures the animosity of almost all she meets. Merricat is a strange character. In the opening lines of the novel she tells us she would like to be a werewolf, that she likes Richard Plantagenet (in an era before Richard’s reputation was given a more positive reappraisal) and likes the death-cup mushroom. Surely this last is a clue to what is happening. Afterall, in her next sentence which closes the first paragraph of the novel she tells us that the rest of her family is dead.

Robinson Crusoe is not the only parallel I considered as I read the novel. Aspects of its plot reminded me of the 1931 version of Frankenstein with Boris Karloff. At one point the actions of the villagers can only be described as an angry mob. Merricat and Constance also bear a small resemblance to the Brontë sisters, in my mind. Like the Brontë sisters they rely on library books for entertainment and Merricat clearly has a lively imaginative existence. Charlotte Brontë ’s Jane Eyre is also the likely inspiration for the Rochester House in the village, which, by rights, should have remained in their family, Merricat explains, recalling Edward Rochester of Brontë ’s novel. There is also a scene in which part of their house is destroyed by fire. There are obvious comparisons to be made with To Kill a Mockingbird also, not just for Scout’s narrative perspective – a young girl finding her way in an unfriendly world – but for the isolated Boo Radley. Merricat and her sister are more like Boo Radley than Scout, however. They do not welcome visitors, so it causes some anguish when Helen Clarke and Lucille Wright visit them early in the novel, insisting that it is time Constance entered the world again, having done penance long enough. They are planning a social debut for her. Finally, there is some comparison to be made between Merricat and Salinger’s disaffected protagonist, Holden Caulfield – the sense of estrangement and his unique voice.

Despite Merricat’s professed love of the death-cup mushroom it was Constance who was charged and tried for the deaths of their parents, Uncle Julian’s wife and their brother, Thomas, six years prior to the opening of the novel. But it was not the mushroom that Constance was accused of having placed in the sugar during dinner time, but arsenic. However, with insufficient evidence to convict her, she was acquitted. Yet the villagers have clearly made up their mind.

The novel works on a number of levels of interest. There is the sense of mystery about what happened in the house six years ago. There is an air of threat concerning what will happen to Merricat and Constance; clearly, there will be conflict with the villagers who hold them in contempt. And while they may live isolated lives, there is a kind of Utopian perfection about their existence which is shattered when their cousin, Charles Blackwood, turns up to live with them. Constance suffers doubts about her decisions as Charles erodes the relationship between Constance and Merricat, due to his manipulative strategies to find the family’s purported hidden wealth. But of most interest is Merricat, herself. Given to extreme emotions, murderous fantasies and possessing an inflated sense of power through her charms and witchcraft, Merricat is at once a sympathetic narrator who expresses the darkest tendencies we all share from time to time, except for her they are a commonplace reaction to her sense of persecution, as well as a clue to her peculiar and even frightening character. She buries tokens of protection about the property, she smashes items to release the house from Charles’s influence and has dark fantasies of power. Jackson’s novel is not overtly feminist, but her characterisation of Merricat represents the assumption of feminine power in a largely masculine world; ritualistic and symbolic rather than effectual. It is either this, or the effective power of poison that has killed most of the family and isolated the sisters. But this is an interesting aspect of the book, since the assumption of feminine power is transgressive rather than progressive, marginalising rather than empowering, so that the world of the two women shrinks rather than expands, becomes increasingly domestic, rather than the re-emergence into society imagined by Helen Clarke and Lucille Wright early in the novel. I’m not sure what we are to make of this, since Merricat’s perception of their situation is entirely positive, yet her thoughts are often at odds with the reader’s. My perception was that Jackson had written a grim morality tale about women and power, but clearly Merricat, forever trapped in a world of fantasy and fairy tale, doesn’t see it that way.

This is a dark, atmospheric book, with elements of Gothic, from the house which effectively becomes the degrading Blackwood castle in the latter half of the book, through Merricat’s peculiar perspective of her place in society and the ritualistic magic she appropriates to overcome her sense of powerlessness, as well as the overbearing Charles Blackwood who has character traits reminiscent of the best Gothic villains. The writing is crisp, with a flawless achievement of Merricat’s voice, and her portrayal as a modern witch, complete with her familiar, her cat, Jonas. I can imagine this novel being enjoyed by teenagers who like more mature fiction – Merricat is eighteen, having been only twelve at the time of the murders – but would also appeal to mature readers. 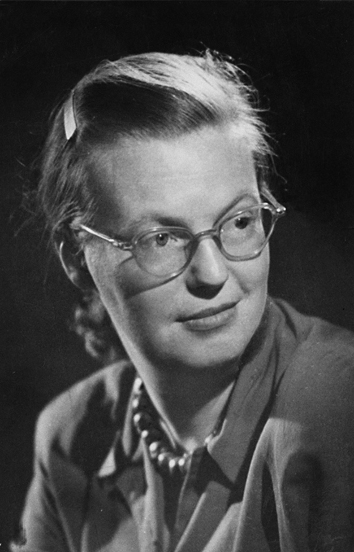 We Have Always Lived in the Castle was Shirley Jackson's final novel, published three years before her death. She acknowledged that the two female protagonists in the novel, Merricat and Constance, were based upon her own daughters.

On Sunday mornings I examined my safeguards, the box of silver dollars I had buried by the creek, and the doll buried in the long field, and the book nailed to the tree in the pine woods; so long as they were where I had put them nothing could get in to harm us. I had always buried things, even when I was small; I remember that once I quartered the long field and buried something in each quarter to make the grass grow higher as I grew taller, so I would always be able to hide there. I once buried six blue marbles in the creek bed to make the river beyond run dry. Here is a treasure for you to bury, Constance used to say to me when I was small, giving me a penny, or a bright ribbon; I had buried all my baby teeth as they came out one by one and perhaps someday they would grow as dragons. All our land was enriched with my treasures buried in it, thickly inhabited just below the surface with my marbles and my teeth and my coloured stones, all perhaps turned to jewels by now, held together under the ground in a powerful taut web which never loosened, but held fast to guard us.

Merricat, We Have Always Lived in the Castle, page 41