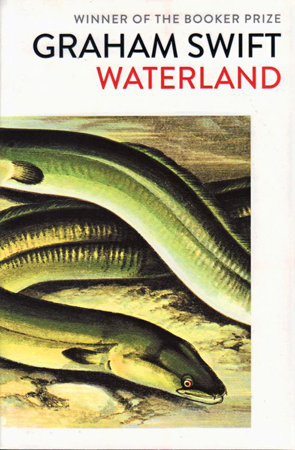 There’s an old proverb, often attributed to Confucius or Sun Tzu (but definitely used by Umberto Eco in Reflections on the Name of the Rose) that if you sit by a river long enough you will see the body of an enemy float by. As an old Asian proverb (even if its provenance is somewhat disputed) it suggests the importance of patience to overcome obstacles in life. Eco used it to describe narrative imperative, much like Chekhov’s gun: that narrative is inherently imbued with structural expectations. It should not be surprising, then, that in July 1943, Tom Crick’s father, Henry Crick, a lock keeper on the River Leem at the beginning of Graham Swift’s Waterland, should discover a body one morning, knocking and scrapping against the ironwork of Atkinson lock. What is more, the dead boy, Freddie Parr, is known to him and his sons. He was the same age as Tom and had grown up less than a mile away in the sparsely populated fen country. Extracting the body from the lock is difficult. Henry uses a boat hook to lift him by the collar, but a mishap bruises his head. That doesn’t stop Tom from noticing, however, that Freddie has received a blow to the head which probably sent him into the river, and Freddie couldn’t swim. The damage caused by the boat hook has obscured the injury and Freddie’s death will be declared an accident. But Mary, a girl with whom Tom has become amorous and will one day marry, says she thinks Dick, Tom’s simple-minded brother, killed Freddie. It’s a formative moment for Tom. It will not be the period in which he lives – it is the middle of World War II – that will steer him in his love for history, but the investigation into his brother’s purported deed and the family secrets that lie behind everything that has made their lives what they are: his brother’s condition, his father’s employment and the loss of their mother.

Waterland is one of the greatest reading experiences I have had in the last few years. It’s one of those books you immerse yourself in, with its multiple temporal perspectives, its stark family history that borders on the mystical or supernatural at key moments, and its philosophical take on the place of history in our understanding of our world and personal lives. It’s a fascinating and riveting story. We are drawn into the family history of the narrator, Tom Crick: from the eighteenth century when his ancestors, the Atkinsons, were brewers, dredgers of the fenlands and dabbling in water transport; to his life with his father and simple-minded brother, Dick, in the English fenlands, that region where humans compete with the natural inundation of water; to his life as a young boy in the middle of World War II; to his current situation as a history teacher brought to the end of his career after his wife, Mary, kidnaps a child. Naturally, his dismissal from teaching is attributed to staff cutbacks and the marginalising of History within the curriculum to make way for more utilitarian programs. But Tom suspects the truth and gives up on the conventional teaching of the History curriculum in his last few days – despairing that even the horrors of the French Revolution can’t keep the attention of his pupils – to tell his students his own family’s history and of his experiences of growing up, with no personal detail left unexamined. In the context of a century that accommodated two World Wars and now faces the prospect of nuclear annihilation at the height of the Cold War – Tom’s present is set in 1980 – Tom’s narrative highlights the importance of stories to human beings and the difficulty of comprehending the natural and wider historical forces that shape our lives.

Tom’s narrative is a defence of the importance of history, its cultural baggage and whatever utility it might possess, to the modern world. His narrative is mostly spoken to his history class, at last coming awake as he reveals the juicy bits of his past and the harrowing circumstances of his leaving them. His antagonist, Price, is a smart boy who questions why they must learn history when there is so much in his present that scares him. Price has helped form the Holocaust Club at his school, and he voices his concerns about nuclear war openly to Tom. But Tom’s stories are remarkably devoid of ‘real’ history. History, Tom tells his class, is not the normal state of things. History happens when someone does something to make things change. But his own narrative reveals that textbook history cannot tell the whole story; cannot give a complete understanding of what he is trying to say. Like most ordinary people – especially since he grew up in the fenland – his life has been marginal to history, just as the fens are marginal land. He may have served in the war but he was not a protagonist who will be remembered. Not a Napoleon or Hitler. At key moments in his life – moments that will define the course of his life – bombers head towards Europe to continue the fight, but he hardly notices them.

It is this aspect of his story that had me thinking of the painting attributed to Pieter Bruegel, Landscape with Fallen Icarus, even though it is never mentioned in the novel:

It’s long been a favourite painting of mine, along with Auden’s poem based upon it, which reads, in part:

The ploughman’s head is set resolutely towards the ground, unaware of what has just happened. The shepherd contemplates something in the sky, but his back is turned against the fallen Icarus, his legs, alone, now above the surface of the water in the instant that he is plunging in. Not even the angler, physically closest to the falling boy, seems to have been distracted from his fish. William Carlos Williams says it somewhat more succinctly:

It is this sense of living our lives largely oblivious to the historical forces that shape them, which is just one fascinating aspect of this book. Tom reminds his students: And did I not bid you remember that for each protagonist who once stepped on to the stage of so-called historical events, there were thousands, millions, who never entered the theatre – who never knew that the show was running - who got on with the donkey-work of coping with reality?At the same time we consider how the process of history as a discipline creates the historical narrative. If we do not include Tom’s personal story as history – not a protagonist but part of that unwitting ‘donkey-work’ – then what do we include? If family secrets can remain so long undiscovered in a locked chest, what else in the wider historical narrative remains hidden, at least to the individual? And if history has such a tenuous hold on the attention of a boy as smart as Price, who clearly cares about the state of his contemporary world, then what role does history have to play? Ultimately, the relativism of historical perspectives – what is valued, what is not – has existential implications that speak to the purpose of our lives.

Remarkably, Swift is able to explore these problems lightly: this is not a theoretical exegesis. It’s a great story. The family history of the Cricks and Atkinsons may be told in some of the longest chapters in the book, but Tom Crick’s telling of it in Swift’s hands imbues history with a fairy tale quality, with witches, will-o-wisps, murder, incest, drunken debauchery, rioting and mysterious ancestors whose reputation for mystical powers seem to imbue the past with a power over the present, that make reading it easy. Some scenes in the novel are reminiscent of a Tim Burton film (I’m thinking specifically at this moment of the fantastical tales told by Edward Bloom in Big Fish), or the childhood fear inspired by Boo Radley in To Kill a Mockingbird. At the same time, Tom’s story of his present predicament is enlivened (and our appreciation of his position is deepened) by an understanding of his childhood and his family’s past. This, after all is both a mystery story – how has he been brought to his current professional predicament by his wife’s crime and what is behind it? – as well as a thriller: if Tom’s brother, Dick, is a killer, what also is behind that, and how might his actions be interpreted? Is he a threat?

And beyond that, is the question of what we value. The school principal, Lewis, a physicist who has made Tom redundant, devalues history and questions its efficacy. This is what sets Tom off on his long tirade about his past and the value of history to his students. Because history is about understanding our place in the world. History is not the story of inevitable progress. Progress is like the fenlands where Tom grew up: progress may be made in the form of land reclamation, but it can also slip away. His father, Henry, cannot separate memories of the waterlogged trenches at Flanders from his world of the fens. And I think it is no accident in the writing, that much of the land reclaimed in the fens prior to World War I is said to have been inundated during the war, meaning it must all be reclaimed again. It’s a good metaphor for civilisation, slipping backwards during this time in history. Like the French Revolution and the Enlightenment, progress is not always a straight and bloodless path. This is the story of civilisation and its attendant ‘progress’. Civilisation, Tom tells his student, is built of hopes and dreams. It’s only an idea. It’s not real. It’s artificial. And that makes it vulnerable.

This is the third Graham Swift novel I have read (including his Booker winner, Last Orders) and I think it is the most ambitious and satisfying of the three. Its contemporary setting, during the height of the Cold War, may date the novel in some reader’s eyes, but to think this, I believe, is to miss the point: we are all products of an historical moment, whatever that may be. I can’t recommend this book enough, both as a great story to read, and something to think about. 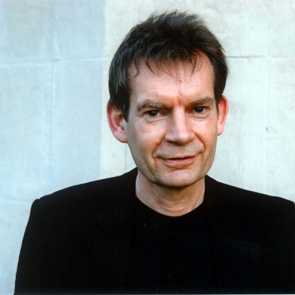 Children. Children, who will inherit the world. Children (for always, even though you were fifteen, sixteen, seventeen, candidates for that appeasing term ‘young adults’, I addressed you, silently, as ‘children’) – children, before whom I have stood for thirty-two years in order to unravel the mysteries of the past, but before whom I am to stand no longer, listen, one last time, to your history teacher.

You, above all, should know that it is not out of choice that I am leaving you. You should know how inadequate was that phrase, so cruel in its cursoriness, ‘for personal reasons’, that our worth headmaster, Lewis Scott, used in his morning assembly announcement. And you should know how beside the point, by the time they were applied, were those pressures brought to bear by this same Lewis in the name of a so-called educational rationale. (‘Don’t imagine I like it, Tom, but we’re being forced to economise. We’re cutting back on history. You could take early retirement…’)

You should know, because it was you who were witness to the fact that old Cricky, your history teacher, had already in one sense, and of his own accord, ceased to teach history. In the middle of explaining how, with a Parisian bloodletting, our Modern World began, he breaks off and starts telling – these stories. Something about living by a river, something about a father who trapped eels, and a drowned body found in the river, years ago. And then it dawned on you: old Cricky was trying to put himself into history; old Cricky was trying to show you that he himself was only a piece of the stuff he taught. In other words, he’d flipped, he’d gone bananas…

From chapter 2, 'About the End of History', pages 6-7, Waterland