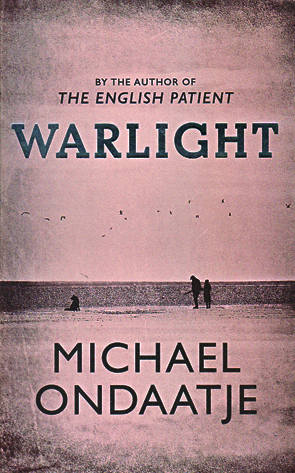 The very title of Michael Ondaatje’s latest novel captures a mood, much the way a sunset or sunrise might. It recalls that period during the Blitz, of blackouts and curfews, and of the dim lights placed about the city at critical points in its otherwise-darkened state so that dangerous goods like nitroglycerine, needed for the war effort, might be moved about with greater safely. Warlight is light that is meant to conceal. It is a light of secrets and desperate circumstances that demand dark deeds of a morally ambiguous nature. I imagine that Warlight would be an evocative novel for a certain generation of English old enough to remember the Second World War of their childhood, but it also has much to say about the modern British character which remains defined by the period of the Blitz, the Battle of Britain and Dunkirk as formative moments in the national psyche.

The first half of Warlight reads like bildungsroman, and I guess that is essentially what it is. Nathaniel and his sister, Rachel, are told by their parents that they will be left in the care of a man called Walter, known by them as The Moth, while their parents go to Singapore for a year. One of the things about this novel is that it is sparing of character detail and heavy on mystery. Almost everything we learn about Nathaniel and Rachels’s mother and father comes to us through the long course of the novel, through small anecdotes and discovered records of their mother’s war service. Nathaniel comes to realise that their mother has been a pivotal player in the partisan fighting that continued in Europe after the official end of the war.

As a result of their parents’ absence, Nathaniel and Rachel are forced to trust and rely upon The Moth and other adults who enter their house while under his care: Olive Lawrence, an independent woman whose eclectic knowledge and humanity endear her to Nathaniel and Rachel; or Norman Marshall, better known as The Darter to Nathaniel, a former boxer and now a petty crook smuggling all manner of goods, including scores of greyhounds boarded upon boats in the Thames to corrupt the racing industry for his own gain.

One of the remarkable things about this novel, given its subject matter, is its tone. Told from the perspective of an older Nathaniel who is attempting to understand his parents’ lives and his own past, it is the story of awakening from innocence into a world of women, crime and the darker secrets of history. But there is an innocence to Nathaniel’s narrative which is engaging, first because it is reminiscent of other stories from our childhood. I’m thinking of The Lion, the Witch and the Wardrobe, but there were others that occurred to me as I read. The comparison makes sense to me, but I know others who read the novel won’t see it. For me the point of comparison is with the four children who are sent to the country in that book to escape the London Blitz, and are thrust into the magical world of Narnia where they face evil and grow into their roles as rulers. Nathaniel and Rachel aren’t sent away – it’s there parents who leave – but Nathaniel finds himself entering a mysterious and exciting world as he joins The Darter on his nefarious missions on the Thames: The illegal world felt more magical than dangerous to me. This excitement is attended by the new sexual possibilities of his position. Mr.Nkoma, a fellow employee, introduces him to the sensual possibilities of women through the stories he tells of his own sexual conquests, while a girl whom Nathaniel only knows as Agnes Street, an alias taken from the first empty house under sale in which they have sex, plunges Nathaniel into adulthood with her frank desires.

So Warlight is a novel that explores this loss of innocence and the final costs of becoming who we are. It’s appropriate, then, that Ondaatje structures the novel as a journey into the past. Nathaniel’s journey isn’t just a sexual awakening or a personal discovery, but reflects a wider history often elided by the romanticising of national events, like the stalwart character of the nation displayed in the Dunkirk evacuation or the innovation and genius of Bletchley Park and the breaking of Enigma. Neither of these features in the novel, but that doesn’t matter. What matters in this novel is the bulk of the iceberg sunk beneath the waves of history; that which is never discussed. Because in winning a war, ordinary people had to step up to do extraordinary things they were never able to speak about later. This is why Ondaatje’s story doesn’t dig towards the secret heroism of Bletchley Park or the many small roles ordinary people were forced to undertake which find some acknowledgement in the story. Rather, its ultimate truth lies in the darker days after the war was officially over, when smaller conflicts and missions of revenge swept back and forth across Europe in Partisan fighting. As such, it represents the deep divides within the soul, between family members and in society for the necessary things of history which must be done which, if the world is to go on, must eventually be erased from memory.

There is a wonderful metaphor employed by Nathaniel’s mother, Rose, as she seeks to teach her son about life in the best way she can, without revealing its horrors. She refers to a famous game of Chess played in 1858, otherwise known as Opera. Paul Morphy played the game with the Duke of Brunswick and Count Isouard in the Italian Opera House in Paris. They sat in a private box and he was faced away from the stage upon which a performance was underway which he hoped to watch. His opponents conversed in three different languages to conceal their thinking and distract him. Yet Morphy was able to play one of the greatest games ever and beat his opponents in almost no time with an elegant strategy. Nathaniel’s mother tells the story, praising Morphy’s concentration and his use of defence as an attack, no doubt reflecting her own experiences of the world. Yet Morphy’s story also reflects a wider reality of Ondaatje’s novel. That having won this famous contest, Morphy then retired from chess, never to play again. His withdrawal reflects the deeds of ordinary people in war, of doing what is necessary only to step away from it all and return to the everyday world without speaking about them. It reflects a remarkable self-effacement of a nation of people, many of whom were later to keep secrets of the war. Olive Lawrence, one of Nathaniel and Rachel’s surrogate parents in the years their parents are missing, expresses the sentiment succinctly: Your own story is just one, and perhaps not the important one. The self is not the principal thing.

Warlight is a story of growth, from innocence to knowledge, and a growing understanding of the ambiguous choices people are forced to make in life, and to live with. It also attempts to characterise the fortitude of the British character, even if in doing so it also suggests the harsh reality upon which that national character is now founded. Recommended.

A recreation of the famous Opera game from 1858
Widget is loading comments... 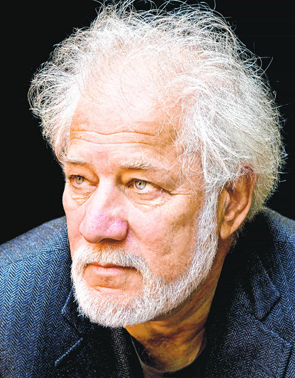 The British were not alone in this instinct to conceal certain truths of the war, In Italy, the Nazis had destroyed the smokestacks of Trieste’s Risiera di San Sabba, the rice mill they hadturned into a concentration camp where thousands of Jews, Slovenes, Croats, and anti-Fascist political prisoners were tortured and killed. Similarly, no records were kept of the mass graves in the karst sinkholes in the hills above Trieste where Yugoslav partisans disposed of the bodies of those who had opposed the Communist takeover, or of the thousands deported who perished in Yugoslav detention camps. There was a hasty, determined destruction of evidence by all sides. Anything questionable was burned or shredded under myriad hands. So revisionist histories could begin.

But fragments of truth remained among families or in villages that had been almost wiped off the map. Any Balkan village, as I overheard my mother once say to Arthur McCash, had cause to seek revenge against its neighbours – or whoever it was they believed had once been their enemy – the Partisans, the Fascists, or us, the Allies. Such were the repercussions of peace.

And so for us, a generation later in the 1950s, the job was to unearth whatever evidence might still remain of actions that history might consider untoward, and which could still be found in stray reports and unofficial papers. In this post-war world twelve years later, it felt to some of us, our heads bent over the files brought to us daily, that it was no longer possible to see who held a correct moral position.