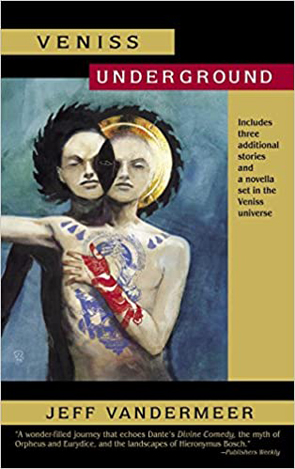 It’s been 16 months since Covid began and things keep getting worse. At what point does a decline turn into a full collapse? Do the walls cave-in completely in one catastrophic failure, or does someone come along and pull out a single brick every day, the walls slumping over slowly, unevenly, until eventually you're looking at rubble all the same? At what point do post-apocalyptic tropes that exist in the real world reveal that we in fact live in a post-apocalyptic world?

Can technology save us in what seems to be our long, drawn-out final breath? No. It cannot. We must decide what is important enough to fight for and let the rest be devoured.

Veniss Underground tells a story in three parts of a world in collapse. It follows three characters: Nicholas, an artist who creates “Living Art” but isn't very good at it, or at least cannot find commercial success; Nicola, Nicholas’ twin sister who works as a programmer in the city; and Shadrach, Nicola's former lover and employee of Quin, the bioengineering visionary who creates most of the new living technology the world relies on.

We begin by following Nicholas as he struggles to create art worth a damn. He struggles to create Living Art that does more than put a few meals in his mouth and he constantly searches for an easy fix to make his art better received. He fixates on the idea that obtaining a genetically modified Meerkat, one of Quin's more infamous creations, would elevate his art to a new level. Nicholas asks Shadrach how to see Quin. Shadrach offers the information but also warns Nicholas that no good can come from speaking with Quin.

We see Nicholas enter the underworld and meet with Quin, or something left of what Quin is. We see horrors come to Nicholas.

Nicola is in her apartment, growing more and more worried that she has not heard from her brother for several days. As she begins tracing his credit information, a Meerkat arrives at her door. A gift from Quin. The Meerkat calls himself Salvador and acts as her servant, cleaning the apartment, cooking meals for her. Nicola grows weary of Salvador and follows him. She finds more parts of the underworld, parts no human is meant to see.

Then a part of the underworld comes for her.

Shadrach is on an assignment from Quin to meet a wealthy client, and he realizes something isn't quite right. The wealthy woman’s eye is a transplant, and he knows who it came from. He goes to Nicola's apartment but finds only the Meerkat Salvador. Shadrach must descend into the deep layers of the underworld to find Nicholas and Nicola, ignoring the horrors of others to try and save what matters to him. His journey will show him the gears inside the horrible meat engine that makes the city churn, and the choices he makes will decide his fate, the fate of the twins, and the fate of the city.

Veniss Underground retells the Orpheus and Eurydice fable; a man descends into hell to recover his wife. There’s something inherently powerful about just the idea of this story. A man so driven to find and save his wife that not even the horrors of hell can stop him. It also retells Dante’s Inferno with each layer of hell getting more grotesque en route to the final depth, where the creator of it all awaits.

VanderMeer uses his darkly poetic imagery to create haunting images throughout his view of a bioengineered underground world where technology has advanced so far that humanity has become tortured by it rather than elevated by it. The world is unrecognizable here, with humans and animals experimented on so thoroughly that they create entirely new species. Presumably all of this spawned from the mind of Quin, the devil-figure of the underground city who has either created everything or has created things that have spawned other creations, all spiraling downward further and further until we arrive at piles of bodies used for spare parts.

The short stories in this edition of the book show a future world of Veniss where humans and Meerkats are engaged in all-out war. Veniss is long gone, the city above having disappeared with only the underground still existing. The Meerkats have taken hold of their own destiny now, their creator long-gone but his technology weaponized and still in use. They exist only to destroy their greatest threat; humans. An existential threat on every level, we pesky humans.

Our time is limited and running out as we sit idle in our homes avoiding one disaster while another slowly builds and creeps on us. The technology meant to make our lives easier is quickly becoming our undoing, but there is no reprieve coming. There's no happy ending coming where we all make it out of this in a picturesque utopia; we must choose what is important and be ready to dive into the madness in order to save it, whether or not we resurface the same person as when we descended. Veniss Underground was Jeff VanderMeer’s first novel, but it still feels relevant now. 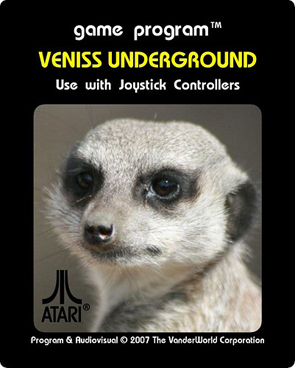 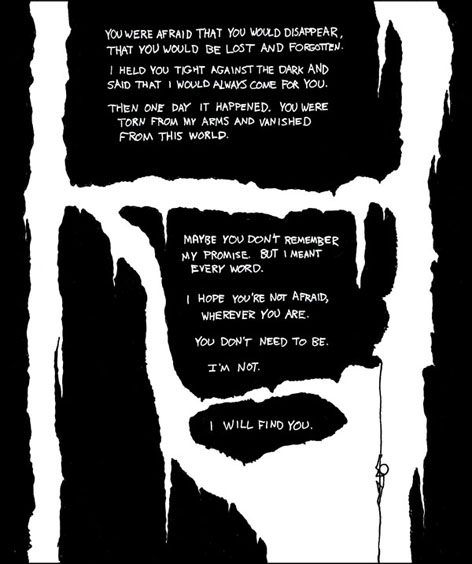 Orpheus and Eurydice
Find_you is an old, old XKCD comic that I've always enjoyed that reminds me of the Orpheus fable. VanderMeer uses the story of Orpheus's descent into the underworld in the hope of retrieving his wife, Eurydice, as part of the structure of his own story.