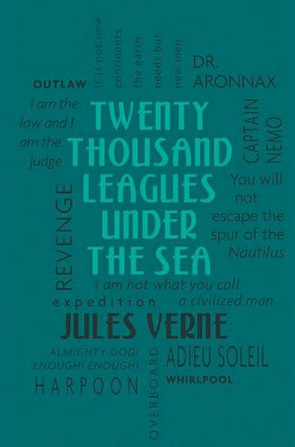 “I am not what you call a civilised man! I have done with society entirely, for reasons which I alone have the right of appreciating. I do not, therefore, obey its laws, and I desire you never to allude to them before me again” - Captain Nemo

I’ve long heard this book referred to as a classic of steampunk, but having now finally read it, I actually think that while some movie versions might have a steampunk aesthetic (such as the League of Extraordinary Gentlemen which features Captain Nemo as a character), the book doesn’t have too many Steampunk elements in it. For starters, Captain Nemo disdains steam and boasts that his Nautilus, the submarine at the centre of this story, runs on the superior electricity. Of course, octopi and giant squid are common symbols used in Steampunk and I think this is probably because of the attack of the giant squid on the Nautilus, a scene frequently illustrated on different editions of the book (see the side bar for several examples). And it is set in the Victorian era, so at least it’s in the right cultural period for Steampunk.

There is a very limited cast of characters in this book - we have the narrator, Professor Aronnax, his servant Conseil, the harpooner Ned Land and the enigmatic Captain Nemo.

The basic story is a simple one - the book opens with the information that for a year or so, various ships around the world have encountered a mysterious phenomenon, widely supposed to be a giant sea creature. At first it is only a curiosity, but then it becomes a danger when several strong vessels are almost sunk. Aronnax is a renowned naturalist and he is invited to join an expedition on board the frigate Abraham Lincoln to hunt down the unknown creature. After many months at sea, they finally encounter the creature in waters near Japan. They attack, but the frigate is damaged and Aronnax, Conseil and Ned are thrown overboard. They are rescued by the ‘creature’ which turns out to be a giant submarine under the command of Nemo, a man who has separated himself from ordinary society, and are imprisoned on board: Nemo does not wish anyone on land to know of his secret. Aronnax is at first relatively content in his imprisonment, as he is thrilled to be able to observe the underwater world in more detail than he ever imagined possible, and is excited by the various locations he is taken to by Nemo. And it seems to give Nemo pleasure to finally have someone on board who shares his love for the underwater world.

Conseil is mostly ancillary to Aronnax. His main role seems to be to ask questions that allow Aronnax the opportunity for lengthy expositions about the Nautilus or marine life. Ned Land, on the other hand, seems to be there to remind Aronnax that, comfortable as they are on the Nautilus, and as wonderful as all the discoveries they make are, that they should not be imprisoned and that they need to escape. Ned is a man of action and he, more than any of the others, resents their imprisonment.

Nemo remains an enigma throughout the book. We only ever see him through the eyes of our narrator and although Aronnax tries to learn more about him, he never succeeds in doing so. All we ever learn of Nemo is that he and his family have suffered at the hands of an imperialistic government and that he is brave, stubborn, secretive and a genius. And that he is sympathetic to the downtrodden of the earth (there are several examples in the book of his generosity to the poor and the oppressed). We know that he is in large driven by vengeance, but against what we never specifically find out.

There is a lot of exposition over course of this book, especially in the first part, with almost endless descriptions of marine life. Aronnax takes great pleasure in making list after list of all the varieties of fish he sees. Eventually, even he acknowledges that his endless list “is somewhat dry perhaps.” Despite this statement, he continues with that particular list for another page. But I didn’t find these weighed down the story; instead they showed just how enthusiastic Aronnax was for studying everything under the water. After the initial establishment of the story and of life on board the Nautilus, the story becomes very episodic as our characters move from one adventure to the next. I think this, in part, could be due to the fact that the story was initially published as a serial. I can imagine from reading this now, that each section published left the reader on a cliff hanger, anxious to find out what happened next. I know by the time I got to the second part, the adventures were coming so quickly that my reading really sped up, as I really wanted to know what was going to happen and how they were going to escape this time.

As much as I enjoyed this book, I felt a little let down by the end. Although we were given full details of how our characters or the Nautilus escaped from previous hazards, we are never told how they escape the final peril: it just happens. And the fate of the Nautilus is ultimately a mystery too, as our narrator is left to wonder at its fate. A bit of research tells me that Nemo makes another appearance in a later book, The Mysterious Island, and that this book reveals more of his background and motivation. Another book to add to my endless TBR list! Overall this is fantastic read. The chapters are short enough that each can be read quickly, but the end of each one leaves you wanting to continue on the next chapter.

There have been many film and television adaptations of Verne's novel. This is the original trailer to the 1954 Disney movie starring Kirk Douglas, James Mason, Paul Lukas and Peter Lorre, one of the better known versions.
Nemo’s attraction as a Steampunk hero is evident in Stephen Norrington’s 2003 film adaptation of Alan Moore and Kevin O'Neill comic book series, The League of Extraordinary Gentleman. The film casts a menagerie of 19th Century villains and heroes together. They travel to their destinations in Captain Nemo’s Nautilus. This is an original trailer of the film.
Widget is loading comments... 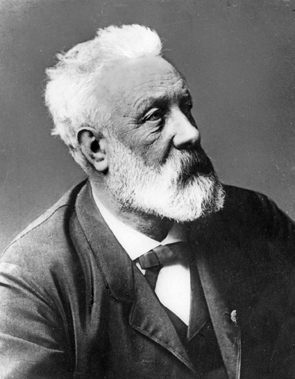 The attack by the giant squid is climactic and one of the most commonly used images for the covers of this book. Here are three examples showing this iconic moment: 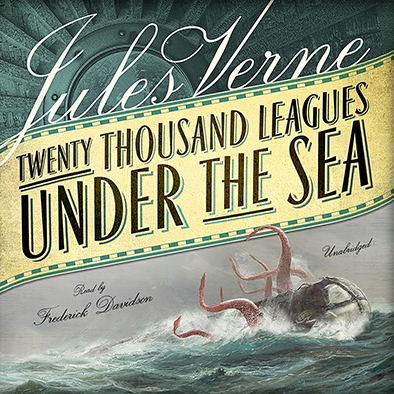 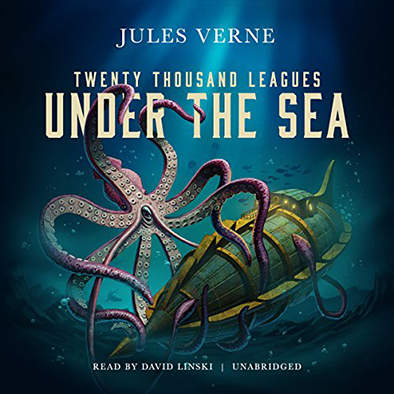 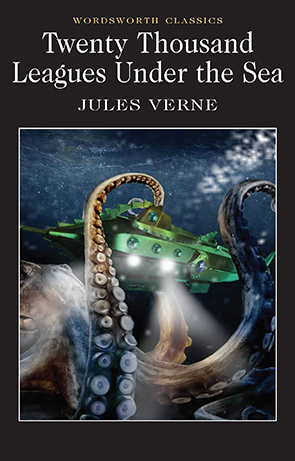 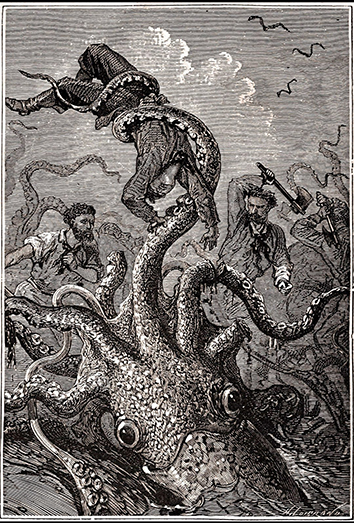 Original 1871 Illustration
Alphonse de Neuville was a French artist who illustrated Pierre-Jules Hetzel's editions of Twenty Thousand Leagues Under the Sea, published in November 1871. The original English caption for this illustration reads: Only one of its arms wriggled in the air, brandishing the victrim like a feather 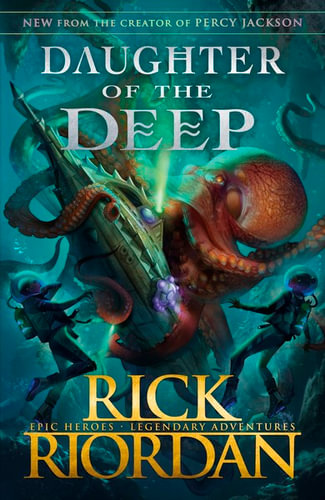