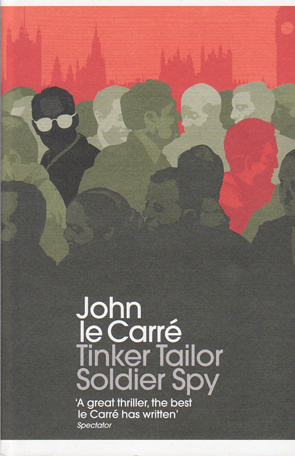 Most will likely remember, even in this age of electronic entertainment, the children’s counting game: Tinker, Tailor, Soldier, Sailor... There are many variations. Obviously, it is this school yard game that John le Carré refers to in his 1974 novel, Tinker Tailor Soldier Spy. Jim Prideaux, a former spy with Britain’s Secret Intelligence Service (SIS - otherwise known as the Circus in the novel, due to its London Office’s location near Cambridge Circus) now works as a substitute teacher after he was shot in the back during a mission in Czechoslovakia. It is Jim who tells George Smiley, a spy now retired from the service but called back to investigate a potential long-embedded Russian mole in the Circus. He tells Smiley that the children’s game was used as a code to identify those considered suspects. Smiley, himself, had been coded Beggerman. Since the failed mission, Control, the head of the Circus, has died and there has been a raft of dismissals, including Smiley, himself, after Percy Alleline assumed command and promoted a team into positions beneath him.

I am not familiar with spy thrillers in general. I read le Carré’s The Spy Who Came in from the Cold a couple of decades ago, so I remember few details of that story. My memory of that book is an impression of a slow-moving plot with little action: of psychological tension and intrigue rather than the kind of thing I have come to expect from the fantasy-spies I am more familiar with from movie characters like James Bond (yes, I know he sprang from Fleming’s novels, but I have only read Live and Let Die) or Ethan Hunt, as portrayed by Tom Cruise. Tinker Tailor Soldier Spy has a similar mood and pace as le Carré’s The Spy Who Came in from the Cold. As a product of the Cold War era, you get a sense as you read that this could be real. One of the ways le Carré achieves a sense of verisimilitude is through the overwhelming detail – of characters and places, of complicated motivations, the level of detail as well as the many mundane details that piece together to form suspicions – rather than the gotcha moments one might expect from Smiley’s film cousins (and yes, I know LeCarré’s book is also a film, but I haven’t seen it).

The first signs that there might be something to be concerned about are minor: a British agent, Tarr, becomes curious about a Russian Trade delegate, Boris, who seems to be given too much freedom by his minders. He frequents pubs and clubs while his wife, Irina, herself a Trade Delegate, remains unhappy in their hotel. Boris’s behaviours make Tarr suspicious that he is using the clubs as a rendezvous point. So, he decides to break into Boris’s hotel room to investigate further and finds Irena. Unhappy with her husband – it was a sham marriage she was forced into, anyway – she reveals more than her husband or the Russians would wish the British to know. Her information leads to an inescapable conclusion: there is a Russian mole in British intelligence. He has possibly been embedded for up to thirty years and his presence is likely to be the cause of Jim Prideaux’s shooting in Czechoslovakia which was followed by the sweep of the upper echelons of the service. The implications are horrible. To what extent is the Circus now compromised? This is why it becomes necessary to secretly call in someone without the possible taint of an agent. Which is why Smiley is pressed back into service.

Despite the book’s strong critical approval, it received some criticism for oversimplifying the structure of the upper echelons of SIS. In my opinion, however, this was necessity for the sake of plot and comprehension. As it is, there are a lot of characters to remember in this book and I wasn’t always sure I had them straight in my head to begin with. To be fair, this is part of the point. Like Smiley come back into it, the reader has to piece things together. However, there is little character building, as a result, except for short expositions for some of the more major characters concerning their most pertinent characteristics or background details. But apart from Smiley, there is not a great deal more to learn. Characters tend to be defined by their dysfunctional love lives, for instance – Smiley’s wife has had an affair with Bill Haydon, commander of the London station, while Peter Guillam, a trusted associate of Smiley’s, wonders whether he can trust his young girlfriend, Camilla – which seems to reflect a hard-boiled detective attitude to women; as untrustworthy and as outward manifestations of the male protagonists’ inner unhappiness. Apart from George Smiley, who has some psychological depth, we mostly learn about characters’ backgrounds in the service, but this pertains to plot, rather than character building.

Tzvetan Todorov, writing about genre, but of detective fiction in particular (of which Tinker Tailor Soldier Spy is an example, despite its spy thriller credentials), wrote: …every great book establishes the existence of two genres, the reality of the two norms: that of the genre it transgresses, which dominated the preceding literature, and that of the genre it creates. I thought about Todorov’s essay from which this quote comes as I read le Carré. Most novels disappear within a year of being published, yet le Carré’s novels have stood the test of time. First, I guess, is their continued relevance. There is the most obvious example I find in the paper today: Alexander Petrov and Ruslan Boshirov (possibly false names the paper tells me), two members of the Russian military intelligence service, have been charged with the attempted murder of the Skripals with a nerve agent, Novichok, back in March this year. It’s the kind of cloak and dagger stuff that is expected in spy thrillers, and stories like this make it real. Of course, there are the issues of misinformation, election interference and computer hacking that have now become mainstream concerns in Western democracies, too. I’m sure modern spy novels will have a lot more of that going on than the more prosaic intrigues involving secret drop spots and microdots that were the fare of seventies spy thrillers. But the outcomes are similar. The concerns are similar.

It was this point that hung in my mind as I read Tinker Tailor Soldier Spy. That while this might be a detective story in the guise of a Cold War spy thriller, the longevity of the novel might also be explained in what le Carré achieves through his plot. By telling the story of Smiley’s investigation le Carré shifts the emphasis away from Prideaux’s dramatic betrayal and the collapse of the old order in the service – what would have been the standard fare of a Hollywood spy thriller – to a story about fallible people. Decisions and policies that will impact upon international relations are inseparable from the human beings who are responsible for them. Men (almost exclusively in this case) whose private lives are falling apart, who suffer doubt and fear, and whose mortality is all too real. And the reality of choosing sides, of loyalty between individuals, the doubts and the egos that determine so much in the real world.

In a scene in the middle of the novel, Smiley describes his earlier interrogation of Karla, the Russian spy at the heart of the whole story. For days, Karla refused to break, refused to even speak to Smiley or anyone else. But Smiley is a humane man. He cannot bear the thought of breaking another human being. It bears upon a question which le Carré himself asks in the YouTube video at the end of this review: ...how much can we do in defence of a free and decent society and remain a free and decent society that is worth defending? Instead, Smiley tries to appeal to Karla’s humanity, their experiences and ideological cynicisms that Smiley assumes must dog any agent over time. But Karla is deported back to Russia with Smiley’s cigarette lighter, never having spoken a word to Smiley. The only one to have revealed himself is Smiley to Karla. He tells Peter Guillam, I believed, you see, that I had seen something in his face that was superior to mere dogma; not realising that it was my own reflection.

I think that growing sense of the hollowness of dogma is what sets le Carré’s writing apart. Just as le Carré transgresses (to use Todorov’s word) the expectations of action and danger in his genre, his writing also refuses to accept the ultimate hegemony of grand narratives like Communism and Capitalism. This is the insight Smiley has in his interrogation of Karla. He has the same insight before the whole mess is untangled (to use of word from the novel): Like an actor he had a sense of approaching anti-climax before the curtain went up, a sense of great things dwindling to small. In the end, the grand narratives are little more than the trappings of our weaker humanity.

The reality of this struck me this morning as I finished this review, when I read a second article about the Russian agents charged with the attempted murder of the Skripals. The article concluded:

Ceri Hurford-Jones, the managing director of Salisbury’s local radio station, saluted investigators for their sheer skill in getting a grip on this, and finding out who these people were.

It may not have been the stuff of action films, but Hurford-Jones did see something impressive about the whole thing.

It’s methodical, plodding, he said. But you know, that’s the only way you can do these things. There is a bit of Britishness in it.

How could I have known when I started this review late yesterday that this morning’s paper would provide such an apt ending for this review from this real life spy story? The men have been identified but they are unlikely ever to face trial. It is an ending (I assume) to an international spy scandal that has seen great events dwindling to small. This denouement, coming as it has at the end of my reading this novel, demonstrates le Carré’s faithfulness to the human realities of politics and ideology, and his continued interest for the contemporary reader.

A Conversation with John le Carré
Widget is loading comments... 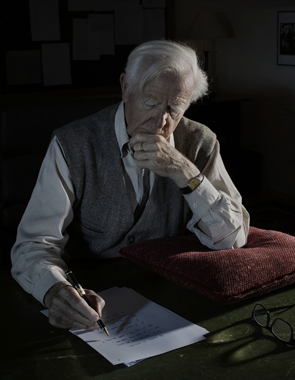 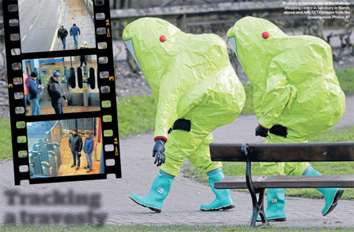 The Skripal Case
The investigation on the Skripal case reveals the realities of modern espionage and investigations - tedious attention to detail and scientific scrutiny - rather than the pyrotechnic excitement of Hollywood thrillers. Click on the image or here to read the article I quote at the end of this review.