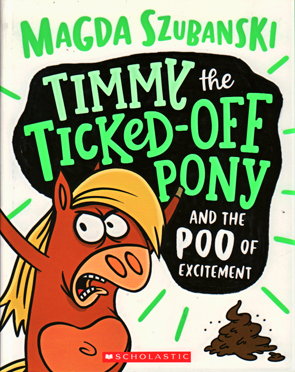 Magda Szubanski may not be well known to you if you live outside Australia, but the chances are you’ve come across her. In Australia she’s well-known for her comic roles on television. She played various characters on a comedy show, Fast Forward in the early ‘90s and also appears in Kath and Kim, a satire on Australian suburbia, as the hapless Sharon Strzelecki. She was also a prominent personality in support of Australia’s vote for gay marriage laws. For audiences outside Australia, Szubanski would best be known for her roles in Babe and Babe: Pig in the City as the well-natured Mrs Hoggett.

For Australians, there are expectations around any project in which Szubanski is involved. In 1989 she famously interviewed Jeff Fenech in character as the muddle-headed Pixie-Anne Wheatley. Fenech achieved world champion boxing titles in three weight divisions. During the interview Szubanski pressed Fenech several times about being punched in the ring. It was increasingly clear she was – as we say in Australia – taking the piss: she was undercutting boxing as a masculine sport by ‘innocently’ associating it with homosexuality. Only Szubanski could get away with it, but I discover this morning as I write that I can’t find footage of the interview anywhere, now. It was classic Szubanski. She’s smart, but she is able to disarm people with her charm. She often plays clueless characters, making it hard for her targets to object. She is a well-loved personality in Australia.

Timmy the Ticked-Off Pony and the Poo of Excitement (hereafter just Timmy) is Szubanski’s first foray into children’s books. Already, it has my award for the best book title of the year, no matter what may come after it! Timmy is self-centred, self-important and an entitled pony. He has had a show on television and imagines himself to be something of a celebrity. Now, as his agent offers him the chance to star in a new movie as a super pony, he is filled both with excited expectation and dread. Naturally, Timmy feels he is deserving of the role. His own self-importance and narcissism will not allow him to think anything else. But before he can land the role, he must beat Tony the Show Pony for it. The only thing is, he and Tony have history – Tony is too tall to be a proper pony and, besides, he gave Timmy a wedgie on stage during a school performance – and Timmy’s confidence is shaken. Things are not made any better when he discovers that Saffron Horse-Blankette is to be the female lead in the movie. He loves the fact that Saffron Horse-Blankette will be the female lead, but his normally unflappable confidence is further eroded by doubt when it seems she not only doesn’t know who he is, but does not like him.

My first thought as I read this book was, who is the audience for this? Is it fans of Szubanski’s? Is it aimed at adults? The book apparently is to be the first of a series. On the inside back cover it says To be continued and the spine is numbered 1. Also, the story is really only the opening gambit in Timmy’s quest to clear his name and bring Tony the Show Pony to justice, so that is going to require some amount of commitment from younger readers.

Yet several story elements are clearly aimed at primary school children (in Australia, that is up to the age of about twelve). Timmy’s relationship with Tony raises issues of respect and bullying. The book also delves into uncertainties about acceptance, albeit comically. And Timmy’s behaviour is so self-centred and immature that there is clearly a lesson to be learned by this character: Showing off makes people love you, right?

Besides, there’re poos and farts, and these are favourite primary school tropes. For instance, Timmy includes his grandmother’s Fart Soup Recipe, which I wouldn’t try, but it’s fun to read. However, I thought the book needed more digressions like this. Andy Griffith (another Australian writer who has been highly successful with the Primary School market) writes a more chaotic narrative, which is supported by the illustrations of Terry Denton, who also includes many marginal sketches with side stories and jokes. Szubanski’s narrative is far more linear, adopting a confessional style in which Timmy’s shame is revealed. Unfortunately, the much-anticipated poo of excitement is left to quite late in the book and I felt its comic potential wasn’t mined as fully as it might have been. Dean Rankine’s illustrations competently supported the text, but they rarely added to the story meaningfully. I thought the best moments for the illustrations were Timmy’s attempts to create a scale of embarrassment. The digression to explain ‘The History of Wedgies’ clearly gives Rankine a meatier subject, allowing him to capture the fun humiliation to be had from this sport.

But from an adult point of view, the book lacks some of the charm that Szubanski’s television characters achieve. In Holzwarth’s The Story of the Little Mole Who Knew it was None of His Business, it is easy to love the dogged naivety of the mole as he investigates who pooed on his head. In Jon Scieszka’s The True Story of the Three Little Pigs, Scieszka knew that for us to side with the wolf in his confessional piece, he would have to appear diminutive and vulnerable. Timmy, however is constantly pictured as angry and loud, drawn in bold lines and vibrant greens. His story reveals a brash, unattractive character and as a reader we find it hard to sympathise with his plight. He is, after all, the worst of what celebrity has to offer.

There were other more awkward moments – particularly for an adult reader – in the book. This comes back to the question of audience and purpose. Intertextual references are commonplace in children’s fiction and movies these days, and they often enrich the experience for adults as well as kids who get the joke. So a reference to Casablanca in this book (Of all the audition rooms in all the world, he walks into mine!) isn’t jarring. And even political references could be okay, but they have to fit the story and its purpose. At one point in Timmy, however, the president reacts, We will stop the poos. We will decide who poos and when they poo! The character is drawn with heavy eyebrows, a clear representation of Australia’s former prime minister, John Howard, who ran for election in 2001 on a platform of Stopping the Boats, referring to the issue of refugee boats arriving on our northern coast. At the time he famously said in a speech, …we will decide who comes to this country and the circumstances in which they come. A few pages further in Timmy and the president appears once more. This time the eyebrows are gone, now replaced by bouffant hair, clearly caricaturing Donald Trump. This iteration of the president says, We will build a wall around all these poos, and make Timmy pay for it! It seems weird to call out this kind of thing in a kid’s book. Clearly Szubanski is trying to do what she has done in the past; making fun of the famous by associating them with something ridiculous. But the message doesn’t dovetail successfully in a book that primarily deals with issues aimed at the primary school market. It wasn’t there, it wasn’t there, it wasn’t there, and then it was there. I wondered why it was there.

This book has a great title and I think a lot of kids will find it fun, and despite some of my misgivings I found it fun to read, even if I was sometimes jarred by inconsistencies. Despite the silliness, there is less here to explore compared to other picture books – the narrative and the use of illustrations – and the satire is so clearly drawn from celebrity culture that it sometimes risks being a representation rather than satire. In the end, Timmy needed a more sharply defined purposes. Political in-jokes aside, the decision from the start that this was going to be a series of books may have robbed it of the chance to be succinct and focussed; to give the knockout punch that Szubanski was able to deliver to a world champion boxer all those years ago. 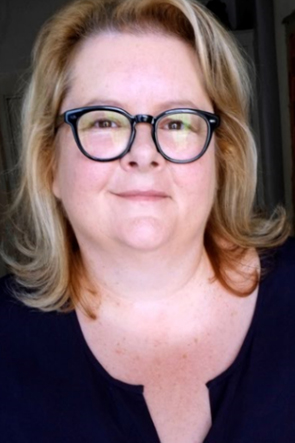 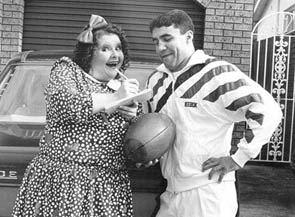