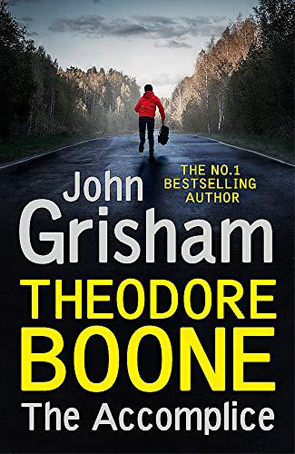 There is no getting away from it: I am a big John Grisham fan. I have read all his adult novels and nonfiction, and enjoyed each and every one to variety of degrees, except The Painted House. I found that to be like watching paint dry; a misery.

Like many writers, Grisham has taken to expanding his market, with this series of Theodore Boone books. This is the seventh in the series, aimed at the young adult market.

Theodore Boone is a 13-year-old boy who has two parent lawyers. His life revolves around law and he dreams one day of being a lawyer himself and righting the wrongs he sees evident in the system. He has even tried six cases at the Animal Court and won each of them.

But when a good friend Woody and his older brother, Tony, are taken to jail as accomplices in a criminal case, Theo believes he needs to step in and help.

Woody and Tony have been out driving late at night with an acquaintance, Garth, drinking underage, when Garth makes a decision, unbeknown to them, to rob a convenience store with a fake yet very real looking gun. They are all arrested a short distance away and taken to jail. Woody and Tony are drawn into the crime, even though they had no idea what Garth was planning. They quickly learn that jail can be a tough place where they are being beaten up. The system favours the rich.

Due to their family’s financial circumstances they, unlike Garth's family, cannot afford a lawyer and need to rely mostly on Public Defenders who are overworked, adding to the time the two boys spend in jail, compared with Garth.

Enter Theo, who provides both moral and financial support. He musters all the backup he can including getting his parents’ help to fast track his friends' release on bail.

There is one chapter, a quirky little aside with Theo at Animal court, which was an interesting insert, further setting up Theo's ability to help those in need.

While the story itself is very linear, quick and a much more straightforward read than Grisham’s adult novels, and Theo's life and plan for the future are something to aspire to, I found Theo to be an unbelievable character. We have all heard of prodigies who go on for great things, but at 13, Theo would certainly be a one in a trillion. But this is the convention of much Young Adult Fiction.

Perhaps Grisham was trying to provide something of a role model for young people to show what they can become involved in – changing the world at an early age, one piece at a time – but for me, it was, unlike his adult novels, a little too much of a leap.

Perhaps if Theo were a little older, say 16, I may have felt more convinced by his character.

I have looked at the other five books in the series, but haven't read them. Each is a stand-alone novel, but the same theme runs through the series, and I won't be inclined to read the rest.

Perhaps a young adult reading these would not find my issues with it. It still certainly does highlight the workings of the judicial system in a simple way for young adults and that has to be a positive.

I haven't had much time to read lately and it was nice to sit and read this book quickly in just part of a day. Regardless it was still an enjoyable read. 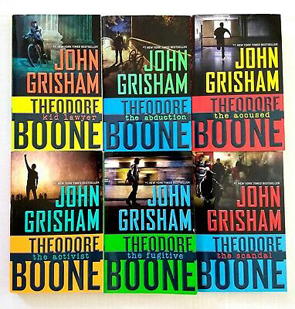 The Accomplice is the seventh volume in the Theodore Boone Series