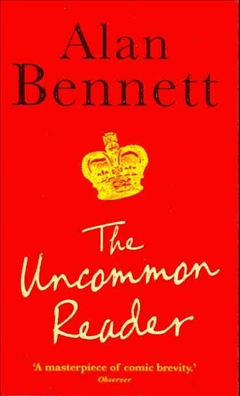 I loved this book. It's charming. It's funny. And it's very British. It's only short, and is such an easy read that it can be read inside a day.

It starts with the Queen of England chasing after some runaway corgis and stumbling across a mobile library at the back of Buckingham palace. She borrows a book out of politeness. She even reads the book, but doesn't enjoy it. She intends to send the book back via an aide, but spontaneously decides to return it herself to end a tedious meeting with her Secretary. She borrows a second book, and chooses better the second time. It's a comedy, she enjoys it, and decides to keep reading.

Her new hobby, the first she has ever been able to have, starts consuming more and more of her time. Unfortunately not too many of the people who surround her understand her obsession, the resulting encounters and situations are hilarious.

Highly recommended, 5 stars for the very British charm and wit, and for the serious idea underlying the story of the power of books to change lives.