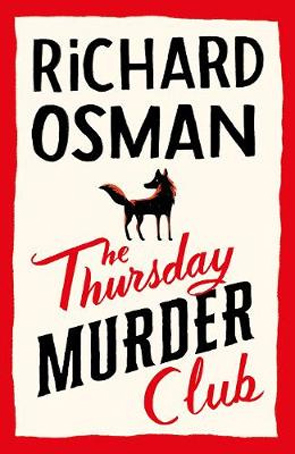 In life you have to learn to count the good days. You have to tuck them in your pocket and carry them around with you. So I’m putting today in my pocket and I’m off to bed – Joyce, at the end of a successful day of sleuthing.

When I first saw this book in bookshops, I recognised the writer’s name as an English comedian and TV host. I’d seen him as a guest on lots of shows, such as Would I Lie To You? I was surprised to see that he’d written a mystery novel, and wasn’t too sure that he’d be any good at it. It turns out, he is actually rather good at it.

Richard Osman has produced a charming, cosy, modern murder mystery set in an affluent retirement village, called Coopers Chase. Four friends with different backgrounds and experiences meet once a week to try to solve cold case murders. The group was founded by Penny, a retired detective who took copies of a number of old case files with her when she retired. Sadly, Penny is now in the permanent care ward in the nursing home, in a coma, but the tradition of the Thursday Murder Club (TMC) is kept up by Elizabeth, Joyce, Ron and Ibrahim. The highly competent Elizabeth (with a mysterious past and unusual contacts) usually takes charge of their investigations, aided by the former psychiatrist Ibrahim (efficient, organised and with an eye for detail), the former nurse Joyce (the quiet, observant one who everyone likes and talks to) and the former union leader Ron (difficult and possessing the key strength that he never believes a single word anyone tells him).

With their skills honed from all their perusal of police files, the group is happy when someone with a connection to Coopers Chase turns up murdered. They are sure they can uncover the killer. Tony Curren, the corpse, was a builder with a dodgy past who had just lost a lucrative contract for an expansion of the retirement village. The TMC had previously become friends with a young constable, Donna, who had come to Coopers Chase to deliver a talk on ‘Practical Tips for Home Security’. They contrive to get her included in the police team investigating the murder, so that they might have access to anything the police discover. The skilful way they manipulate the Detective Chief Inspector in charge of the case (DCI Chris Hudson) to include Donna on the team is a masterful example of manipulation and demonstrates early that these septuagenarians usually achieve what they set out to do. Throughout the book, every time the police think they have some promising lead, they find the TMC have got there before them!

Additional bodies turn up as the story progresses, and there are a few red herrings and clever mis-directions to keep the story going. Everything is wrapped up by the end, making this a highly satisfactory murder mystery. But it wasn’t really the mystery that was important for me in this book: it was the characters who were all well painted and believable. The bad guys were all clearly identifiable as bad guys and the good guys were all sympathetic and likeable, even the domineering Elizabeth.

One thing I really thought Osman got perfect was the dialogue between all the residents of Coopers Chase. The sentence structures: the topics; everything was spot on and echoed realistically so many conversations I’ve heard over the years. He also seems to have captured some of the problems of growing old, such as gradual physical decline and other medical problems, loss of memory and fear of losing your mind, grief at losing partners and friends, loneliness and isolation as children move away and other issues for the elderly. All of this is presented in a sympathetic manner, and with a lot of humour to make this a very enjoyable and very readable book.

Apparently, Osman has written a sequel, The Man Who Died Twice, according to the author's newsletter. It’s due to be published September 2021. I’m looking forward to returning to Coopers Chase for another instalment.

Highly recommended for anyone after a good cosy mystery. 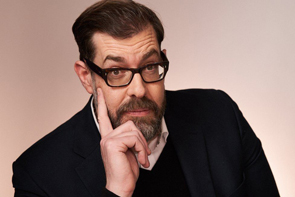