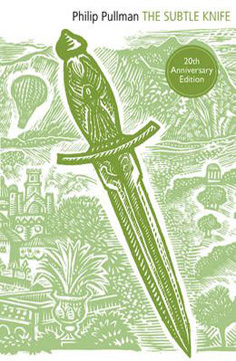 This second book in the His Dark Materials trilogy picks up soon after the final events of Northern Lights. While Northern Lights was set in an alternative universe, one that seems like a steampunk version of our world, this book starts in our world, with the introduction of a new character, Will. By the end of the first chapter Will has met up with Lyra in a third world, different from the world either has grown up in.

Lyra was so confident in the first book, in her own world. She seems much less sure in the new worlds she finds herself in. Our world confuses her by appearing so similar to her own in many ways, but completely different in others. And she is without her support team for much of the book, left to fight without the Gyptians and Iorek Byrnison. She doesn’t know where the dangers are and is less able to prepare for them.

Will is the more dominant character of this story, and we are more focussed on his struggles to find his father. Lyra’s story becomes subsidiary to Will’s. I’m curious to see how this develops in the third book. By the end of the book there is a close bond between the two, so I think there will be a focus on their relationship in some way.

There were some anti-religious elements to the first book, but these were more hinted at than overtly declared. However, they come out much more strongly in this second book.

There are two great powers, the man said, and they’ve been fighting since time began. Every advance in human life, every scrap of knowledge and wisdom and decency we have has been torn by one side from the teeth of the other. Every little increase in human freedom has been fought over ferociously between those who want us to know more and be wiser and stronger, and those who want us to obey and be humble and submit.

Good stuff. I got the feeling that it’s all going to come down to some huge climactic battle in the third book.

I thought this was a much more violent book than the first, but also felt it was far more character driven rather than plot driven. So much happens in the first book, with the quest to find the missing children, and the fight for power amongst the armoured bears and the final reveal of Lord Asriel’s plans. It just seemed like there was a lot less action in this book, but what action there was, was darker and much more violent, with torture scenes and the death of several major characters.

I loved the first book in this series, so was happy to see that the second was equally as good. Hopefully the third will live up to both of them. 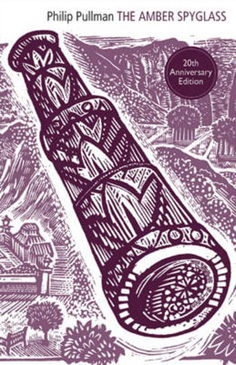