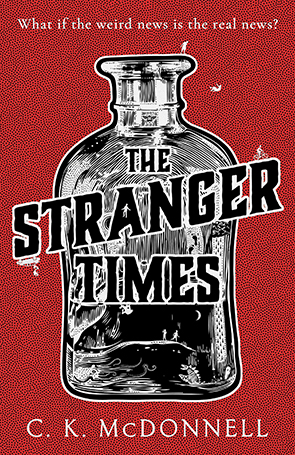 There’s a very dark side to this story which comes as a surprise because it starts off as very funny. The constant jokes throughout reminded me a bit of Pratchett’s Discworld series, even though the humour has a completely different feel. It also reminded me a little of Aaronovitch’s Rivers of London books, with the way it blended a police investigation with urban fantasy.

To start with, the premise is great. ‘The Stranger Times’ is a weekly newspaper that publishes stories about the unexplained and the inexplicable. The staff mostly think they are reporting on the crazy stuff people believe, and are shocked to discover that some of it is actually true and there really is a lot of weird shit going on in their world.

The plot seems a bit chaotic at first, as we switch between a lot of different perspectives and what seems like a lot of unrelated events. But eventually, it all settles down into a coherent mystery/adventure. All the different elements come together gradually until all the loose ends are tied up into one complete story.

I thought at first our focus was going to be on Hannah, a character who seems pretty much a sad-sack at the beginning. We follow her for the first few chapters and get a bit of her backstory. She has left her cheating husband and the comfortable life she had as the wife of a wealthy man, and is now attempting to get her life together. She had left university to marry her husband, so she has no qualifications and no experience. She stumbles upon the newspaper and manages to get a job as the new assistant editor, probably because they can’t get anyone else to stay in the job. Hannah is initially called ‘New Tina’ by the staff, and is told that none of the seven or eight people who have tried the job since Tina left have stayed long enough for anyone to remember their names. Not a promising start, but Hannah is desperate for a job, and despite the constant chaos that is the newspaper office, she finds she is actually good at it.

But Hannah isn’t the only character we follow. We also have Vincent Banecroft, the drunken editor who seems to spend his day abusing his staff and drinking, but not swearing, because Grace, the office manager, has threatened him with dire consequences if he swears more than three times a day. We also have Grace who seems like the only sane member of staff; Stella, a moody teenager who broke into the newspaper office one night and has stayed; Reggie and Ox, the reporters; and Manny, the very weird man in charge of the printing department: weird even by the standards of the other characters.

Apart from ‘The Stranger Times’ staff, we also follow several of the investigating police team and several of the villains, so we get the story from a lot of different perspectives.

This was an enjoyable book that was an easy, quick read. Perfect for someone who wants something light hearted. Maybe it’s not the most original or surprising plot, but it was fun to read. I alternated between laughing at all the funny stuff and wincing at the occasional darker chapter when we had the bad guy’s perspective. I’ve now added the recently released sequel to my TBR before I’d even finished reading this one. So that’s a recommendation in itself, I guess. 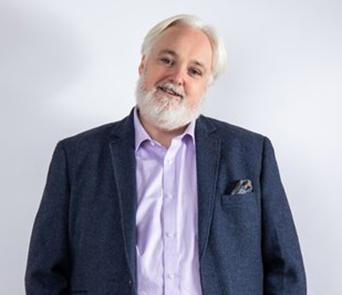 C.K.McDonnell
C. K. McDonnell is a former stand-up comedian who has written many crime novels under his own name, Caimh McDonnell. The Stranger Timese is the first book in a new series. 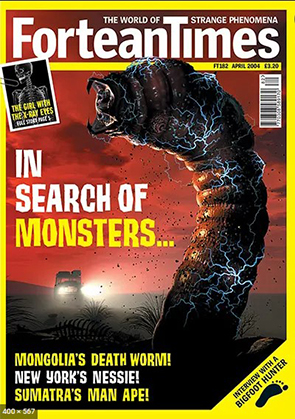 The Fortean Times
The Fortean Times is a monthly British magazine of news, reviews and research on strange phenomena and experiences, curiosities, prodigies and portents (to quote their website). Stranger Times could be a fictional version of this publication.