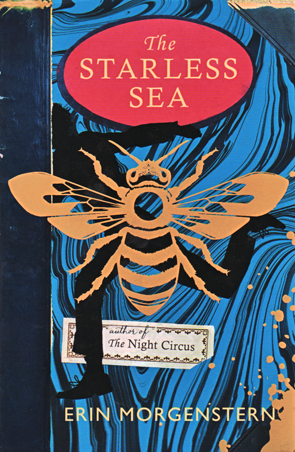 I will say from the start that Erin Morgenstern’s The Starless Sea is not a book I enjoyed, on the whole. Some parts of it were fascinating. The beginning had me hooked, but it eventually suffered from the same weaknesses I felt in Morgenstern’s first novel, The Night Circus. I know The Night Circus was a huge hit, everyone loved it and it’s now something of a cultural icon. Look for it on YouTube and you’ll find there has been a number of fan-made trailers for a movie that doesn’t exist (at the time of writing, IMDb lists it as “in development”). While The Night Circus evoked a dreamlike quality with an unusual aesthetic, I found it vague, and its vagueness made it a little boring. What exactly was vague about the novel? Well, that’s the thing about vagueness. It can be frustrating. In the few times Morgenstern’s first book has come up in conversation I’ve always directed people to the far more accomplished Jonathan Strange and Mr Norrell by Susanna Clarke. Both books essentially pit two wizards against each other, to boil things down to basics. Morgenstern’s new novel attempts a grander vision than her first, but its attempt to create its own mythology makes the book bloated in a long unwinding of an essentially simple plot.

Zachary Ezra Rawlins is a post-graduate major in Emerging Media Studies, which means he is interested in story-telling and how games of all sorts can produce new kinds of narratives. Zachary’s thinking on this is foregrounded when he is asked by his friend, Kat Hawkins, to help her deliver a J-term class on Innovation in Storytelling with a focus on gaming. The class discussion moves from immersive theatre (Morgenstern has a degree in Theatre), collaborative writing, choose your own adventure stories, the potential of games to tell stories, and finally to the question of what makes a compelling story. All this because Morgenstern’s novel is consciously self-reflexive, not only in this all-too-obvious foregrounding of its own intentions, but through its overt literariness and its structural use of mise‐en‐abyme. If you’re unfamiliar with this term, think of it as stories within stories, the disorientating effect two mirrors facing each other can have, or the nested layers of story found in the levels of dreams in Christopher Nolan’s Inception. Put plainly, there is always another level of the story, always something behind what you already know or thought you knew, always another tale or incident with echoes of the main story or links to it. It can be exhilarating or dispiriting, depending on your level of engagement. As Zachary observes, “…everything keeps repeating and becoming more confusing when it should be getting clearer”. Morgenstern’s use of fairy tales exemplifies this. The fairy stories in the novel are highly engaging: tales of lovers lost to each other in time, of the struggle between time and fate, and tales of swords and prophecy, all told through the various books inhabiting the novel: Zachary’s Sweet Sorrows, Dorian’s Fortunes and Fables and The Ballad of Simon and Eleanor.

Unfortunately, the fairy stories tend to be the most interesting aspects of the novel, easily digestible with their familiar structures and common tropes, while a complete understanding of their relationship to the main plot seems endlessly deferred, or overturned by a new iteration within the plot, or overly complicated by vague symbolism and minor allegorical characters who are meant to evoke wonder or magic or something, but are often just irritating because Morgenstern never locks them down to specifics.

Concerned that I just wasn’t getting it, I read two other reviews before starting my own. The first reviewer felt pretty much the same as me, while the second, believing that the book must be good, decided that its vagueness about symbol and plot and metaphor etcetera must be a part of its greatness. I didn’t agree.

So, Zachary is compelled into an underground world, wherein lies the ruins of a vast and incredible library, along with civilisations and cities all predicated on the power of stories, each overlapping yet incomplete on their own. It all begins when Zachary borrows a peculiar book from his college library. He discovers a scene in the book which retells an incident from his childhood. One day, having found a painted door upon a wall, he intuits that the door will open if he tries it, and that it will be a portal to another world. But he chooses not to open the door, and so his opportunity to enter the world of the Starless Sea would seem to be lost. Years later, Zachary reads about himself and this moment in his borrowed book, Sweet Sorrows, which also tells of other mysterious places and people from that world. Naturally, his interest is piqued. Convinced that the places described in the book must be real, Zachary attempts to discover the origin of the book and finds a link to a charitable organisation soon to hold an event in Manhattan. When he attends the masque ball, he meets Mirabel and Dorian who provide his link to the world of the Starless Sea.

Despite my criticisms, the opening of The Starless Sea is actually quite intriguing. I found myself easily drawn in, believing that Morgenstern had overcome the limitations of her first novel. I enjoy mysteries, books about books, libraries and magical worlds, and I don’t even mind a little allegory thrown in, no matter what Tolkien said against it. Zachary finds himself being drawn into a world that appears dangerous and exciting. After Zachary meets Dorian at the charity ball, Dorian, forces him to enter the Collector’s Club, there to retrieve another book – Dorian’s own book, he says – in exchange for Sweet Sorrows which Dorian has taken from Zachary. Zachary soon finds himself embroiled in a conflict over the books and the fate of the underworld, in which the vast library of stories resides, along with the Starless Sea.

These stories form part of the tapestry of the novel’s plot – “all the stories are the same story” Zachary observes – and contribute to its playfulness. Morgenstern’s mise‐en‐abyme includes her use of intertextuality. Scenes in the book, literary tropes and symbols constantly defer to other stories. Given the focus on stories and storytelling, it is not surprising that the Pirate from the opening of the novel woos his female captor with many stories, recalling Scheherazade from One Thousand and One Nights. The Shadow of the Wind, another book about books, is mentioned, while there are numerous references to Alice in Wonderland, particularly the white rabbit and Alice’s descent in the rabbit’s hole. Naturally Persephone, from Greek myth, gets a few mentions, too, since she, like Zackary, descends to an underworld. There are references to A Wrinkle in Time and Donna Tartt’s novels, and Zachary even climbs into a wardrobe with the expectation that he’ll be magically transported, like in Narnia. Morgenstern playfulness extends to oblique references to other books, even to a passing reference to her literary competitor, Susanna Clarke:

A heavy volume with footnotes and a raven on its cover pulls his attention more than the others, and he finds himself so drawn into its tale of two magicians in England that he loses track of time.

The allusion feels playful, part of an attempt to actively engage her readers on various levels with the story, much like a computer game narrative: recognising the allusion is like discovering an easter egg. Given the restrictions of traditional novels, Morgenstern’s fragmented narrative also forces the reader to make connections between the fairy stories and her main narrative, between the past and the present, along with her symbolic world. Sometimes the narrative’s play, anticipated by Zachary’s ideas in Emerging Media Studies, becomes quite literal. There are the six dice that everyone must roll on entering the underworld for the first time. And when Zachary is sent on a quest, he is required to choose between six doors. Before he chooses, he drinks from a bottle of wine, well aware that his moment resembles a game character stumbling on a stash of health potions before a dangerous scene occurs. And he actually checks over his inventory – even lists it – as one might do for a character in a game.

Yet, as much as Morgenstern may wish to play with the conventions of traditional storytelling, readers may become disengaged with the endless deferral of meaning, of narrative leaps in the story that have a dream logic that is easily undermined by thinking too long about them, and of symbols that refuse to mean anything. Symbolism and metaphor, like a musical instrument played well, is harder to appreciate within a cacophony of different musical pieces all played at once.

Added to this, the characters should be interesting but aren’t. Mirabel’s relationship with the keeper should be central, but it’s not. Zachary’s romantic relationship with Dorian is meant to be consequential but doesn’t like feel it, especially since it’s hard to see why they have developed feelings for each other, anyway, given their rather insubstantial time together. Then there are scenes that seem consequential. But with one scene following another – another spectacle or mysterious moment – as they always seem to, with something else and something else to replace what seemed important before (oh, the wonder of it all!), it becomes tiresome, as one wonders what to care about. In the end, I didn’t care about any of it. Morgenstern has created what should be an interesting world, if only I could believe in it; if only what was at stake seemed important or had a reality that seemed substantial. “Endings are what give stories meaning”, Morgenstern’s narrative tells us. But by the end of this tale, while the arc of the story is apparent, it has had too many inconsistencies and indulged in too many iterations of its own symbolism and mythology for the conclusion to be satisfying. As a result, Morgenstern feels less of a story teller to me; more of an amazing set designer. 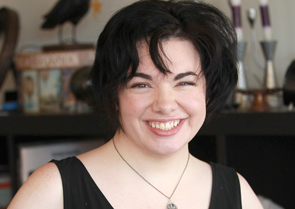 Erin Morgenstern
Morgenstern's The Night Circus, has often been compared to Susanna Clarke's Jonathan Strange and Mr Norrell, despite their obvious differences. Both plots revolve around the competition between two magicians. While I have not yet read Clarke's new book, Piranesi, I find that the opening paragraphs bear a striking similarity with a key symbol in Morgenstern's The Starless Sea:

Inside are benches and a life-size statue of a woman seated in a stone chair. Her gown falls around the chair in realistically carved rippling cloth, and everywhere, in her lap, on her arms, tucked into the creases of her gown and the curls in her hair there are bees. The bees are carved from a different colour of stone than their mistress, a warmer hue, and appear to be individual pieces […] The woman looks down, her hands in her lap with the palms facing up as though she should be reading a book.

I climbed the Western Wall until I reached the Statue of a Woman carrying a Beehive, fifteen metres above the Pavement. The Woman is two or three times my own height and the Beehive is covered with marble Bees the size of my thumb. One Bee – this always gives me a slight sensation of queasiness – crawls over her left Eye.

Piranesi, Susanna Clarke, from the opening paragraphs
Morgenstern faithfully describes the look of the statue of the woman covered with bees. Clarke, a better writer, captures the narrator's reaction to the statue, it's physical presence, and its unsettling quality with the detail about the bee over the eye.