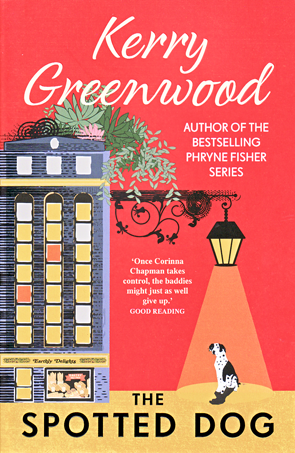 A new Corinna Chapman mystery, or indeed any new Kerry Greenwood mystery, is always a delight, and this one is no different.

Greenwood is best known for the Phyrne Fisher mysteries, a great mystery series set in 1920s Melbourne, and now a fabulous ABC TV series as well. I so loved the Phyrne Fisher books that when Greenwood first published Earthly Delights, the first Corinna Chapman mystery, I refused to buy it. I couldn’t bear to think that there would be no more Phyrne for me to enjoy. But then one day I saw Queen of the Flowers in bookstores. A new Phyrne story! I was so happy that I bought both it and Earthly Delights. And I have to say, I enjoyed Earthly Delights more than Queen of the Flowers. While I love the Phyrne stories, sometimes she can just be too perfect. Corinna is much more relatable, with her modern life and modern problems.

Greenwood’s books are light, easy reading, with characters that are delightful. Corinna owns a niche bakery, called Earthly Delights, and lives above her bakery in Insula, a strange building in Melbourne filled with eccentric characters. Most of the regulars make an appearance in this book, plus a few new characters have moved into the building. I would have liked some more Meroe time, she only made a few cameo appearances this time. Jason also was a more minor player this time around, but it was pleasing to see his development since the first book. Jason is a reformed heroin addict who stumbled into Corinna’s life by accident in Earthly Delights, and is now her apprentice and a gifted baker. It was also good to see a return of Detective Senior Constable Letitia White. She was the main police presence in the first couple of Corinna books, then sadly vanished for a time.

The mystery this time starts with the arrival of Sergeant Alasdair Sinclair at the bakery, in search of Corinna’s lover, Daniel Cohen, private detective. Alasdair is an ex-British soldier, recently returned from Afghanistan, accompanied by his ex-service dog, Geordie. Alasdair is attacked in Melbourne, and regains consciousness to find that Geordie has been dog-napped. Daniel was recommended as the man to help him get his dog back. This is only the beginning of the mysteries, with plenty of other problems popping up to keep Corinna and Daniel busy, such as cyber-attacks, a series of break-ins in her building, religious zealots, and a victim of post-traumatic aphasia.

Through Alasdair’s story, Greenwood is also able to discuss the problem of PTSD in returned soldiers in a sympathetic manner. This tends to be a feature of the Corinna Chapman books – one serious subject amongst the frivolity of a cosy detective story to give you something to think about.

Corinna and Daniel manage to solve all the mysteries and tie up all the loose ends, and the book closes with the traditional party in the Insula rooftop garden. One feature of the Corinna Chapman mysteries is the recipe collection at the end of the book. This time round the recipes sound delicious, and I might even try a few of them.

Overall this book is well plotted, with good pacing. I found it very easy to read quickly, and was reluctant to put it down. Recommended for all lovers of good, modern cosy detective mysteries. 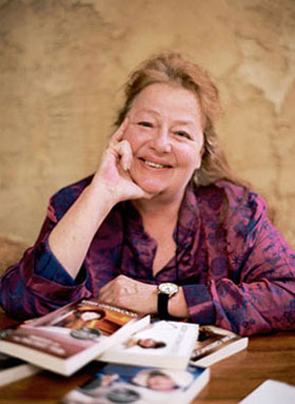 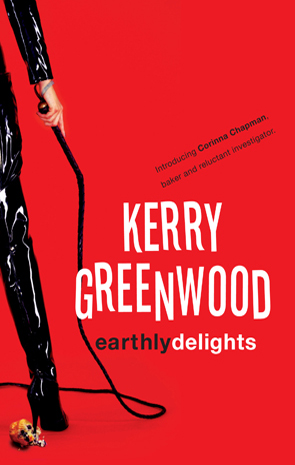 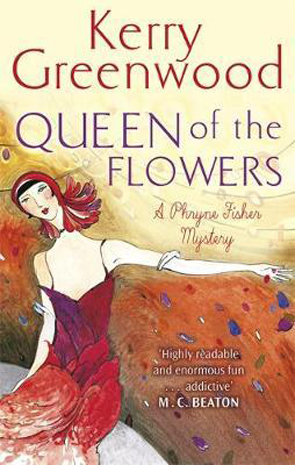 Other books by Kerry Greenwood