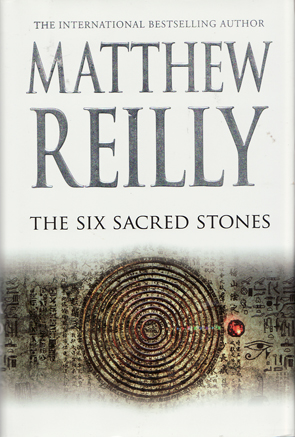 Six Sacred Stones is the second book in Matthew Reilly’s Jack West Jr series. According to the interview he gives at the end of the novel Reilly’s vision for the series is to create a Lord of the Rings-style epic set in our world, in the present day. There have been many references to Tolkien’s classic fantasy in Reilly’s Jack West series so far. Lily, the young girl Jack saves and adopts – who is also the latest in the bloodline of the Oracle of Siwa – adopts the call sign Eowyn after Tolkien’s Rohirrim heroine. Stretch and Pooh Bear (their call signs), Israeli and Arabic members of Jack’s team who are initially antagonistic form a strong friendship, much like the dwarf and elf, Gimli, and Legolas, in the party of the Ring. Jack’s team also uses an edition of The Lord of the Rings to communicate via a book code. Less intentionally, I think, Reilly’s story, like Tolkien’s, grew in the telling. In his interview at the end of Seven Ancient Wonders he makes no mention of a possible epic series, only that Jack West might return in another novel. Tolkien never imagined an epic sequel to The Hobbit when he published it in 1937 and he had little idea where his second story was going when he first wrote about Bingo Baggins, the forerunner to Frodo. Likewise, one gets the impression that Reilly may not have planned a series of books when he first wrote Seven Ancient Wonders.

However, Reilly makes the transition into his full-blown epic less dextrously than Tolkien. Reilly’s first book left a few problematic plot points that he needs to deal with swiftly to set up a Jack West series and to get the action underway. Most notable is the problem of the power of Tartarus bestowed upon the Australian nation at the end of the first book, making Australian soldiers, Jack West Jn included, invulnerable. It’s the major achievement of the first book, so it feels a little cheap that a simple ceremony breaks that power in the very first page of Six Sacred Stones. Having envisioned a potential series, it seems, he simply dismisses that aspect of the last book. If he didn’t, his large action sequences have nothing at stake in this second story. Another curious omission is Alexander Lily’s half brother, also an Oracle of Siwa who can read Thoth, an ancient language which an understanding of is what much of the plot turns upon. He gets a mention, but only to summarily dispense with him. One gets a sense that Reilly is recalibrating and rearranging his story with little regard for the stated realities of his world. The problem in doing so is that he potentially undermines the investment the reader might have in any of the big action sequences or plot twists he wishes to wow us with. When Jack West goes missing for part of the book it’s hardly suspenseful. It felt like an attempt to emotionally manipulate the reader, an offence of which I think Reilly is often guilty. Sometimes Reilly tries too hard to create a big emotional moment he hasn’t earned, since his books trip along upon the action rather than character, and impossible cliff hanger moments are dismissed as blithely as Reilly’s tinkering with the major plot elements.

As an aside, however, Reilly does manage to develop his characters a little more successfully in this book. By splitting West’s team Reilly allows some of his other characters to shine, particularly Zoe, who steps readily into the role normally played by Jack. But Reilly’s characters also reflect a Manichean world view. Some of his new characters are examples of this. Captain Rashid Abbas (call sign Scimitar) from the United Arabs Emirates and Abdul Rahman al Saud (call sign Vulture) from the Kingdom of Saudi Arabia form a binary pair which is played out in the novel’s denouement. Alby, a friend of Lily’s from school, is forced into joining the adventure when Jack and his crew are forced to flee their hideout in Australia. Alby becomes a surrogate brother, thereby replacing the morally corrupted Alexander from the first novel. Like much of Reilly’s writing, Alby’s character stretches credulity. This young boy just so happens to be an expert in the kind of astronomical minutiae needed to complete the missions. Only once in the novel is there any mention of the possible concern his parents may be feeling at his disappearance, and that seems to happen merely to highlight a big action sequence with a comic moment. Finally, Jack West Senior, Jack’s father, makes an appearance in this novel, also. His call sign Wolf probably tells us everything we need to know about him. As a ruthless soldier, he is little more than an evil cypher used to further define Jack’s loyalty, honesty and all-round ‘good-guyness’. Reilly creates this Manichean universe through the simplification of his characters as well as his over-simplification of ideas appropriated from world cultures and history. The Yin Yang symbol, for instance, becomes little more than a metaphor for the binary opposition of good and evil characters that form Reilly’s moral universe.

The plot of the story is loosely connected to Seven Ancient Wonders through the use of the cap stone of the Great Pyramid again. This time it assumes different names, however – the Sa-Benben, the Firestone - and Reilly redefines the mission of the first novel as merely a prelude to the great threat posed by the Dark Sun (another binary to our own sun) returning to our Solar system, currently behind Jupiter, that threatens to end life on Earth as we know it. Only by finding the six sacred stones of the book’s title – the Seeing Stone of Delphi, the Philosopher’s Stone, the Basin of Rameses II, the Killing Stone of the Maya, Stonehenge and the Twin Tablets (the ten commandments) – and diamond ‘pillars’ which must be ‘cleansed’ using the Philosopher’s Stone before using them in each of the six Vertices – six hidden ancient places on Earth that form a part of the Machine created by an advanced civilisation predating our known ancient ancestors – can the power of the Dark Sun be averted. It’s all farfetched, but as Basil Exposition from Austen Powers: The Spy Who Shagged Me tells Austen and the audience, I suggest you don’t worry about this sort of thing and just enjoy yourself.

And that’s what Reilly intends his reader to do. While I am critical of Reilly’s many faults as a writer, he does intend to deliver on action and impressive settings. And to be fair, this is where his writing strength lies. He is capable of spinning out page after page of tight action. The question becomes whether, as a reader, you become immune to the constant overreach. It feels like Reilly lacks faith in his readers’ attention spans; that if the action flags or the threat to his main characters wanes his readers’ attention will similarly falter. Yet, Reilly’s story is also underpinned by so much interesting history and incredible settings (albeit a fictionalised version of them) which he gives scant attention. A criticism of this criticism is that this is not what Reilly’s books are about. Granted. But two examples struck me in particular. At one point, Jack West and Pooh Bear find themselves in Ethiopia at the Churches of Labibela. While many who read this may nod knowingly, this was actually the first time I had heard of these churches. Reilly gives them a mere five lines before moving on. This slight explanation had me looking up the churches and finally watching a YouTube video which I have posted below. Apart from being an impressive backdrop, the significance of the churches to the story is never made clear and Reilly makes little capital with them.

The second example involves the explanation of ‘The Machine’ which will need to be utilised to counter the threat of the Dark Sun. This is really a point about Reilly’s lazy exposition. Stretch, in attempting to understand the Machine says:

‘And yet somewhere, sometime, someone built a Machine here on Earth that is somehow connected to this Dark Sun. Are you talking about advanced technology, Jack? Alien technology?’

Another problem I had with this book is the ending. I won’t discuss the details here, but needless to say, it’s a cliff hanger. No problem there. My issue lies with Reilly’s choice of structure for the series. Having not read the third book yet, my criticism may be premature, but I was left with the same dissatisfied feeling I had when I read Stephen King’s The Waste Lands. King ends that book with an action sequence that is concluded in the beginning of Wizard and Glass, which I thought was one of the stronger books in that series, although somewhat weakened by the debt of completion it owed its preceding book. Reilly may be writing a long epic, but my sense with this ending was that the subject of the six sacred stones was hardly concluded in this volume and that by extending that aspect of the overarching story into the next book, Reilly may be committing the same sin as King. I will have to wait and see.

In conclusion, I might ask certain questions: Does Matthew Reilly stretch credulity? Does he emphasise action over all other elements? Does he appropriate history and setting to create a fantasy? Is he poor at characterisation? Does he tend to ‘tell’ rather than ‘show’ his story? The answer to all these is yes, and other questions could be raised to highlight some of Reilly’s weaknesses. Yet these books have a large audience, including myself. When I feel like a light read, I have occasionally turned to Matthew Reilly and I have enjoyed the books because he has delivered the unchallenging read I have desired. Despite his faults, if you are in the right mood and are willing to take Basil Exposition’s advice, Matthew Reilly can be a welcome guilty pleasure.

I included this video for those interested in one of Matthew Reilly's settings for this book. As my review says, the churches are given little attention in the story. This first video gives a good broad overview of the churches and their layout.
This is a more atmospheric look at the churches without commentary. More time is devoted to exploring the buildings, both inside and out.
Widget is loading comments... 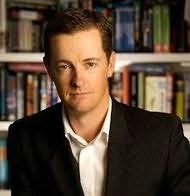 Matthew Reilly
Matthew Reilly is an Australian author. He famously got his break after self-publishing his first novel, Contest and persuading Sydney book stores to stock it. He was contacted by a publisher who purchased a copy. 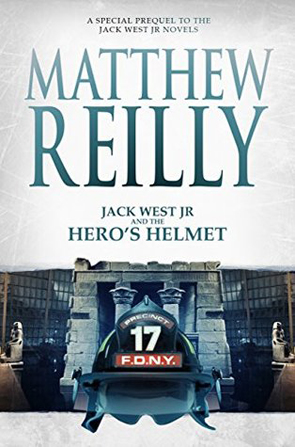 Jack West Jr and the Hero's Helmet
Matthew Reilly has released a short story (13 pages) available on his website for free, to coincide with the release of his latest book in the Jact West series, The Three Secret Cities. If you are interested in the Jack West series, Reilly intends the story to be a prelude to novels. You can either visit Matthew Reilly's page, or click here to download a pdf file of the story.