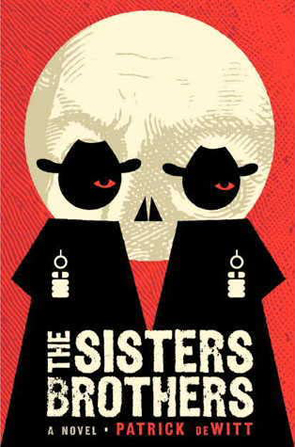 I started this book solely because I needed a western to fill a prompt in the Popsugar Reading Challenge. I wasn't expecting much of it, because westerns really aren't my thing. But I was surprised to find that I thoroughly enjoyed it. It just goes to show that you never dismiss an entire genre as something you would never read. There are great books in every genre: books that tell a fantastic story no matter what the setting is.

The story follows a journey the Sisters Brothers, Charlie and Eli, who make from their home in Oregon to the Californian goldfields. However, Charlie and Eli are not after gold. Rather, they are professional assassins who have been hired by the powerful Commodore to kill a man, Hermann Kermit Warm. They have no idea why Warm is to be killed. Their job isn't to ask questions like that. It is merely to carry out the Commodore's orders. But unfortunately for the smooth running of their task, Eli and Charlie do start to ask questions and the job becomes much more complicated.

The first part of the book is all about the journey across the wilds of Oregon and California, and of the many strange experiences they have along the way. The journey is a form of odyssey, with many of the encounters revealing something more about the brothers and their relationship. Other encounters are just funny, such as the young boy who complains that everyone keeps hitting him in the head. After only a brief time in the boy's company, even the gentle Eli feels like giving his head a whack. He suggests the boy could make a living by travelling from town to town, charging people a fee for the right to whack him. The second part of the book centres on them on reaching San Francisco, tracing Warm to his claim outside Sacramento, and finally of the journey back to Oregon and aftermath.

The whole story is narrated by Eli, the younger and (mostly) gentler of the two brothers. Eli's narrative voice is very even. He calmly describes everything happening in a flat, calm manner. After a few chapters his tone begins to become very deadpan funny. Eli comes across as a fairly simple man. He doesn't appear to regret that he is an assassin, but is starting to think that maybe it is time to try something else. He resents his brother’s easy confidence, especially with women, and sometimes after a squabble declares that he will leave Charlie after this job. Yet several times his actions demonstrate his devotion to his brother. Likewise, Charlie seems fed up with Eli's whining complaints and odd behaviours (such as tipping a whore he never even got to enjoy $5) but ultimately shows that he would do anything to protect his brother. The brothers might be rough and violent, and probably not too smart, but they are both survivors, even when the odds seem to be against them. By the time the book ended, I found I very much cared about what happened to the brothers, even the brash Charlie.

One amusing little sequence is when Eli acquires a toothbrush for the first time in his life and quickly becomes devoted to the minty fresh flavour of his toothpowder. At the next town they stop in, he is delighted to find that the landlady at their hotel has also recently discovered the joys of the toothbrush and they share an intimate encounter, brushing their teeth together: a bizarre little scene all told in Eli's deadpan voice. Modern toothbrushes weren’t even invented in 1850, but I don't care. Eli's joy in his toothbrush is a delight.

For all of Eli's seeming simpleness, he isn't stupid and frequently demonstrates his appreciation of the foibles of others, such as his thoughts when he listens to someone describe how he will deal with someone who has wronged him in the past - I will have him gutted with that scythe. I will hang him by his own intestines. At this piece of dramatic exposition, I could not help but roll my eyes: A length of intestines would not carry the weight of a child, much less a full-grown man. You can imagine that Eli has seen enough intestines over the years to have a realistic idea of how feasible this idea is.

Overall, this was a delightful story that I thoroughly enjoyed. 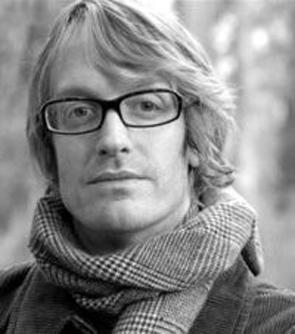 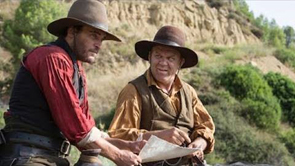