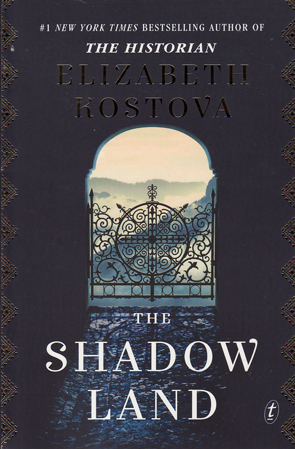 The Shadow Land has some common ground with classics like Primo Levi’s If This Is A Man or Ivan Denisovich’s One Day in the Life of Aleksandr Solzhenitsyn. In her author note Elizabeth Kostova says that she wrote the novel after seeing the ruins of a communist forced-labour camp in Bulgaria, her adopted home by marriage. Kostova says she wanted to contribute to a growing movement to bring to light what happened in these camps. The story of the camps is mainly dealt with in the second half of the novel after the hidden memoir of Stoyan Lazarov, a gifted violinist who is imprisoned for witnessing something he shouldn’t have, is revealed. In his memoir we hear a story that has become depressingly familiar, of inhumane conditions, forced labour and extrajudicial killings.

Unfortunately, this book isn’t really worthy of being compared to Levi or Denisovich’s works. This is a worthy topic for an historical novel, but worthy topics do not necessarily make a novel worth reading. As a result, I had conflicting opinions about this book which I will try to outline.

My decision to purchase this book was heavily based upon my enjoyment of Kostova’s first novel, The Historian. That novel was full of detail and history as this one is, but I found it far more interesting. A story about Count Dracula, lifted from the pages of history, the possibility that he may in fact exist, and the ever-present sense of threat, made The Historian irresistible for me. I found myself exploring the internet as I read it to find all those locations that were, in fact, real.

There is also something primal in a story like The Historian that taps into a lower brain instinct that senses a predator, apart from the iconic tale of Dracula, itself. The Shadow Land had the forced labour camp as its central evil, but the sense of threat does not work in this book. The labour camp has been consigned to history, so the reader must make do, instead, with a barely realised threat to the modern characters that takes too long to materialise and seems improbable in its execution.

Much of the problem lies in the way the story is structured and told. Dracula was a threat that builds across the whole book. In this book the threat is long coming and far more prosaic. Certainly, there is real danger, deaths even, but I found myself not caring. The story of Stoyan Lazarov’s ordeal in the death camp is engaging enough, but it is punctuated by the present-day story, wherein lies the denouement, which is pedestrian and predictable.

The story begins with Alexandra Boyd, an American woman who comes to Bulgaria to take up a teaching position. She is haunted by the memory of her brother, Jack, who disappeared in mountains when he was a teenager. The backstory is basically irrelevant to the main story, except that it provides some character motivation for what happens when Alexandra arrives. After she leaves the airport she tries to help a family as they get into a car with one of their members in a wheelchair. After they leave she discovers that she has somehow kept a funeral urn containing the ashes of Stoyan Lazarov. Being a good person, and given her naturally empathetic backstory, she is armed with all the motivation she needs to attempt to return the urn. She hails a taxi and is taken to the police station to seek help, where she is given an address for the family. Rather than leave the urn with the police, her empathetic backstory and some nascent suspicions about police in eastern bloc countries make her decide to keep the urn and return it to the family herself. Her taxi driver, Asparuh, whom she calls Bobby, is also provided with a backstory that makes him mysterious, but for the moment all we need to know is that he is conveniently suspicious enough of police in his Eastern bloc country to support her decision. Inexplicably, he chooses to join her on a trek around the countryside, looking for clues to the whereabouts of the family so that they can return the urn. Predictably, each new location reveals slightly more of the puzzle of the family’s disappearance, with new information about another person or location that will continue their quest at each point. There is a lot of driving around. Eventually they are both deeply committed to the problems of Lazarov’s family, form deep connections with them and are deeply happy to put themselves in danger from an unexpected third party who want the urn – naturally.

There’s also a dog. I forgot to mention the dog. They randomly pick up a stray dog. Of course, it is central to everything. I think it might be running for parliament or rewriting the constitution.

My comments may be flippant, but much of this writing seems lazy. It is long and detailed and that doesn’t work like it does in The Historian. It could have done with an edit. I found my concentration drifting. The modern story seems improbable, the characters are uncomplicatedly good, the bad guys are uncomplicatedly bad, and it seems less like a story and more like a step by step unravelling of clues with the embellishments of a story. I found myself remembering a short essay by Umberto Eco in his How To Travel With a Salmon, in which he explains how to spot pornography. It’s worth quoting some of it here:

I would guess that part of the problem of the book arises from Elizabeth Kostova feeling more comfortable with a female protagonist, but that is only a guess. Or it may be that she felt placing the historical narrative within a modern thriller would make the book more marketable. Whatever the case, her decision creates some narrative problems. First, is the issue of point of view. The book is primarily told in third person from Alexandra’s point of view. But she needed, also, to tell Stoyan Lazarov’s story in the forced work camp. Kostova solves the problem by having his memoir discovered. But then the story switches between the present and the past fairly randomly, and it’s never clear which part of the story is intended to me more important. Kostova also chooses to switch perspective to other characters in the modern story, even from third to first person at some moments. Her choices can be explained, but they are jarring.

Even more problematic is that I think the modern story diminishes the story of Lazarov’s ordeal and the point Kostova hoped to make. The modern story seems trite in its denouement. It’s predictable and cliched, with dramatic choices that seem emotionally manipulative rather than truly dramatic. I thought the climax read like a predictable Hollywood thriller. And the conclusion was awful. It was saccharine stuff. I think it failed for me because Kostova assumes that by this point her readers will be emotionally invested in her characters. I wasn’t.

Added to this is the problem that this is really two stories that, by dint of Kostova’s efforts to weave them together, seem contrived. Her attempts to fashion a modern-day thriller as a meta-story for the historical narrative actually diminishes it.

One gets a strong sense of Bulgaria as a place in this book. And there are many scenes that work well, too. The scene in the police station and the scene on the broken bridge worked well for me, along with a lot of the historical story of Lazarov. The character of Lazarov is mostly well-executed, too. But I felt that other books have covered this kind of material more successfully. Denisovich’s story of the Gulag or Levi’s account of a Nazi concentration camp, as I have already stated, are so much better; so much more compelling. I have read those two books. I haven’t read Papillon, but I saw the movie with Steve McQueen and the book from which it’s taken was translated by Patrick O’Brian, one of my all-time favourite authors and a writer of historical fiction who not only creates a believable world in his stories about the era of the Napoleonic Wars, but creates memorable characters and engaging plots. If you don’t want to read prison stories, but enjoy historical fiction, read Patrick O’Brian. Or if you want to read Elizabeth Kostova, read The Historian. 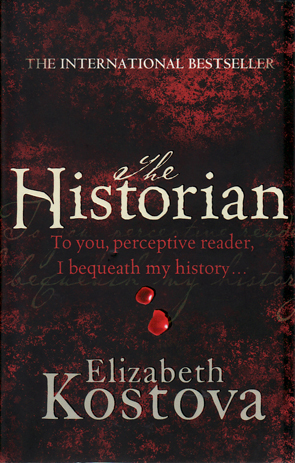 The Historian
I read The Historian before I started this website, so I currently have no review for it, but I would highly recommend this book over The Shadow Land