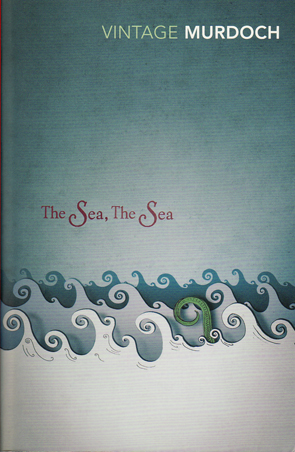 The Sea, The Sea
Iris Murdoch

There hasn’t been a lot of time for books in the last few weeks, but when I’ve had time this book has been a fast read. It’s my first Iris Murdoch, bought as part of this site’s Man Booker Prize winners project. From time to time, when looking for my next book I’ve pulled it from the shelf, taken a short read and then replaced it. However, two weeks ago I was presented with the perfect opportunity to start this book properly. Unusually, I’ve been somewhat on my own and two weeks ago as I sat down at night to read, the temperature dropped from the sweltering highs we have here in Australia and a light rain started. So, I then began to read of Charles Arrowby who retires from the theatre after a long career and buys a house by the sea where he plans to spend the rest of his days in relative obscurity, peace and quiet. Charles has started a writing project, a diary – later it becomes a novel but it also becomes a diary again (he never quite makes up his mind) – and the opening pages introduce us to a life of contemplation, of connection to the sea and the coast, and reflection of past times removed from the turmoil and emotions of everyday life. Sitting alone, reading about his life, I felt I understood Charles and I fell into this book very easily as the rain pattered away on top of the bay window. It reminded me of Thoreau’s retreat in Walden, even Moominpappa’s retreat to the island to be a lighthouse keeper in Moominpappa at Sea. That book had an eerie sombreness that appealed to me as a child, and at the start Murdoch’s book offered something of that atavistic pleasure.

But as it turns out, The Sea, The Sea is nothing like what I imagined. From the first page Charles tells us that something happened that was so extraordinary and so horrible that I cannot bring myself to describe it. The moment is soon forgotten until twenty pages later he reveals that he has seen a sea monster rise above the waves and look at him. It’s an extraordinary claim in what has been an otherwise naturalistic novel. But the drama doesn’t stop there. Past lovers turn up in the village. Rosina has tracked Charles down while Lizzie has been encouraged by a letter Charles has sent, persuading her to return to their amorous relationship. But of most consequence, there is Hartley, a woman Charles knew as a teenager: a woman for whom he pledged undying love; a woman with whom he never physically consummated their relationship, and who was secreted away from him, instead, by her parents. Now Charles claims she is the reason why he never married. When he spots Hartley in the village, he immediately foreswears Lizzie and Rosina and starts a mad campaign to first find out about Hartley’s current life, and then when he convinces himself she is trapped in a loveless marriage, to save her and resume his idealised relationship with her.

Sometimes, he seems a bit mad.

Obviously, Charles is a classic example of the fallible narrator. His judgment is often flawed while his rationalisations against the most discouraging signs from both Hartley and her husband, Ben, are staggering. He is, in fact, a bully of an extreme type. He locks Hartley in a room and refuses to let her leave. He thinks murderous thoughts about her husband. He manipulates all around him.

Part of Charles’s problem is that he imagines his love as a platonic connection, thereby heightening his sense of the importance of his first unconsummated relationship, as well as allowing the disassociation of his actions from the ends he is trying to achieve. He thinks of Hartley as his Beatrice (a reference to Dante’s Beatrice whom he is said to have met only twice yet loved for the rest of his life, writing love poems about her in the courtly tradition). In doing so Charles is not only removing Hartley’s own reality from his mind – others in the novel refer to her as the bearded lady since Hartley is now an old woman and has lost her looks – but is idealising and ennobling his own feelings and the project of possession he undertakes.

As a counterpoint to Charles’s obsessiveness is his cousin James, who has recently left the army. While in the army James has embraced eastern mysticism, Buddhism in particular, and his story is one of letting go of material needs and personal desires in his journey to reach a state of Nirvana after his life’s end. Charles comes to believe there may be something magical about James, too. That maybe he can control his own body temperature, as he claims to have tried in a story about his time in a snow storm in Tibet, or that he might perform impossible physical feats to save Charles or effect his own ends. While Charles claims to eschew the physical – he claims not to be that interested in sex – his life is the antithesis of James’s. At the beginning of the novel Charles claims never have to have seen the sea until he was fourteen, suggesting that the sea is linked to a sexual awakening and that his constant naked swimming in the sea in his sixtieth year is a re-embracement of that sexuality, rather than a withdrawal from the world. It is not hard to imagine what a feminist reading of the sea monster Charles sees, eel-like and writhing in the waves, would have to say. It is not long after he sees the sea monster that his latent sexual desires for Hartley are reawakened. Throughout the novel he likens himself to the sea monster in one way or another: And I love you as I always did, he tells Hartley, my old love is there, every little fibre and tentacle and tendril of it intact and sensitive and alive. In fact, the only fault he will own is that he, let loose my own demons, not least the sea serpent of jealousy. In some ways Charles is a monster and the metaphor of the monster (does Charles represent not only a Prospero but also a Caliban?) seems apt.

That Charles never seems to learn to overcome his obsessions or see the reality of others is part of his character and the catalyst for this novel. However, his character traits also contribute to one of the weaknesses of the novel, in my opinion. Having started the novel one rainy night in a state of quiet reverie – having read about Charles’s retreat from the world and all its cares – the novel tossed me right back into the quotidian problems of life. In fact, it becomes something of a melodrama, which, for a while, is quiet engaging. But Charles’s obsessions seem to create endless arguments, are the subject of constant contemplations and rationalisations, and the action tends to return to the same problems repeatedly in the slow build towards the novel’s final denouement. Charles knows, but does not know, that he can never really know others, cannot judge their lives and he has little insight into his own life. He seems to cling to this person, then to someone else, at one moment wanting to be Hartley’s lover, at another to adopt her adult son, and in another to again enjoy the lustful encounters he has foresworn. Charles seeks to do good, but he is forced to rationalise his actions. James, on the other hand, seeks something higher, what Charles calls goodness, by letting go of the kind of life Charles lives and all the things Charles seeks to own and control. Charles is a quiet complex and contradictory character, and James's Buddhist beliefs - his desire to escape from the endless cycle of birth and rebirth - suggests the reality of Charles's struggles; he cannot escape his own character or attain that goodness of which he belives himself capable.

In the end I was left with a sense of the dangers of obsession which a strongly linked with the ideal of perfection in the novel. Despite Hartley’s reality – she is an old woman – Charles speaks about her like a courtly lover, idealising her from a distance, considering his love for her pure, yet at the same time, he is more than once intrigued by the firmness of her breasts which he feels as he embraces her, as though determined that her physical reality should not triumph over his idealisation. James, on the other hand, seeks a spiritual perfection, eschewing human contact and the physical world increasingly as he contemplates his rebirth into Nirvana. James’s conception of perfection is likened by Charles to Charles’s own attempts to force Hartley from her husband, since he can only conceive of his actions as deriving from purer, higher motives. Yet James’s presence in the novel also highlights the unchanging selfishness that is that is the real motivation for Charles’s actions.

Murdoch’s range of characters and subplots make The Sea, The Sea an intriguing read, with the subplots forming interesting counterpoints to Charles’s story as well as complicating his life even more. Charles is a fully realised character, even if the situation he places himself in seems beyond belief. This novel is an interesting study in obsession, in the tension between the public and private life, in the problem of perfection, and the fictions we create about our lives and those of others. Despite the melodramatic tension being slightly too long in the second half of the novel, this is a worthwhile read. 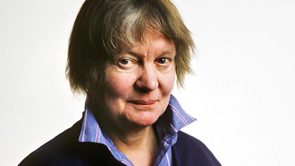 Our lusts and attachments compose our god. And when one attachment is cast off another arrives by way of consolation. We never give up a pleasure absolutely, we only barter it for another. All spirituality tends to degenerate into magic, and the use of magic has an automatic nemesis even when the mind has been purified of grosser habits. White magic is black magic. And a less than perfect meddling in the spiritual world can breed monsters for other people. Demons used for good can hang around and make mischief afterwards. The last achievement is the absolute surrender of magic itself, the end of what you call superstition. Yet how does it happen? Goodness is giving up power and acting upon the world negatively. The good are unimaginable.