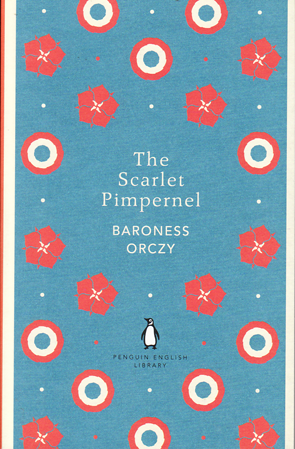 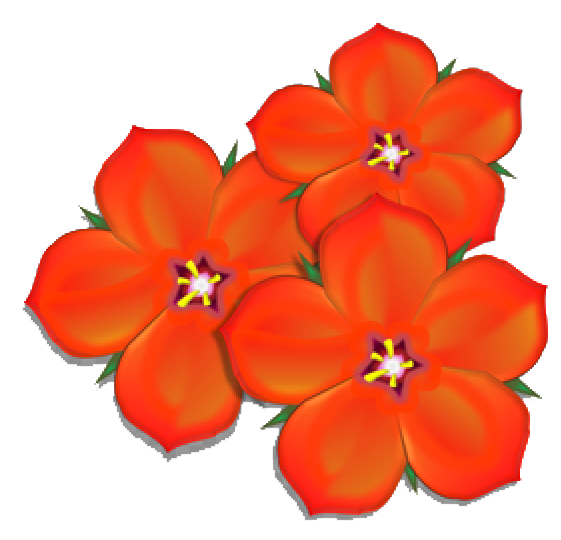 Since its publication in 1905, The Scarlet Pimpernel has become a part of the cultural lexicon. On the morning before I finished the book, I read in the newspaper that a certain property developer in Sydney whose faulty building projects were drawing legal heat had been described as having “More names than the Scarlet Pimpernel”. Forget that the New South Wales Building Commissioner had used the hero of Baroness Emma Orczy’s book to impute villainy (or that the Scarlet Pimpernel dealt in disguise rather than a proliferation of nom de guerres). The point was understood; this was a man colouring outside the law. The Scarlet Pimpernel has become one of those books almost everyone knows something about, even if they haven’t read it. By the time it was filmed in 1934 with Leslie Howard in the title role, it had already received three other film treatments and would continue to inspire movie and radio adaptations, along with parodies, for the rest of the century. Emma Orczy wrote a stage version with her husband to begin with, and after an initial failure, it became one of the most popular stage productions in British history. The novel was based upon the play and was published after its success.

Set in 1792 at the height of the Terror of the French Revolution, Orczy tells the tale of a member of the British upper class, along with his devoted society of followers, who risk their lives to rescue French aristocrats from the guillotine. Sir Percy Blakeney, otherwise known as the Scarlet Pimpernel because of the flower he leaves whenever he stages a rescue, is a romantic figure who predates modern superheroes. Like Bruce Wayne, he is rich and influential – he is a personal friend of the Prince of Wales – and he adopts a secret identity. As the Scarlet Pimpernel, he is a skilled swordsman, thinks quickly on his feet, and is a master of disguise. As Sir Percy Blakeney, he has a reputation as a rich fop with limited intelligence. Christian Bale’s restaurant scene in Batman Begins is a nice illustration of the influence of Sir Percy’s character in popular culture. The two women who accompany Bruce Wayne climb into the hotel fountain and Wayne is asked to leave. Instead, he buys the hotel, demonstrating his enormous wealth along with his feckless nature, a cover for his more serious intentions. Like Sir Percy, he fosters a reputation as a lightweight fool in regular life to throw enemies of his track. Similarly, Christopher Reeve’s hapless Clark Kent in the 1978 Superman movie, contrasts to his romantic and very capable man of steel.

The Scarlet Pimpernel’s opening chapter is a lot of fun. We are introduced to the Scarlet Pimpernel’s intrepid schemes to sneak French aristocrats past checkpoints manned by revolutionaries. Disguised as a washerwoman driving a cart, or pretending to be a superior officer admonishing the very people who seek him, he is always one step ahead of his adversaries. The first sense of Orczy’s voice in the narrative is apparent here, with the narrator’s exclamations (“Oh! That was extremely funny…”), her overweening admiration (“… a man whose pluck and tenacity were almost fabulous”) and her representation of the French republicans as, what we would now call, comic book villains. There is a sense as we read that we should be cheering on the Scarlet Pimpernel, like a skilled sportsperson overcoming a formidable defence. The comparison is not so far off the mark. When Comtesse de Tournay, who has just arrived in England with her son and daughter after being rescued by the Pimpernel, asks why they do it, Lord Anthony, part of the Pimpernel’s close inner circle, answers, “Sport, Madame la Comtesse, sport … we are a nation of sportsmen, you know, and just now it is the fashion to pull the hare from between the teeth of the hound.” This self-effacing bravery defines the English character in the book. 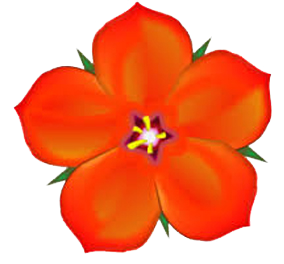 However, for those coming to the novel with a strong sense that the story will follow the deeds of the Scarlet Pimpernel, they may be somewhat surprised. This is a natural assumption since the Scarlet Pimpernel is the titular hero. It may also have something to do with popular film adaptations, like the 1934 Harold Young version. That movie mostly follows the plot of the novel (with minor changes) until the climactic scenes, which are changed significantly to make Sir Percy the unambiguous hero of the film. But the novel is primarily told from the point of view of Lady Marguerite Blakeney, the wife of Sir Percy. It is Marguerite who undertakes the classic Hero’s Journey. Sir Percy is a hero, undoubtedly, but the story isn’t essentially about him. Sir Percy’s exploits are writ large in the first chapter, but it is Marguerite, facing impossible choices, whose journey involves discovering where her loyalties lie. She has been accused of aiding revolutionaries in France. A family was executed based on information she provided. As the action begins, we become aware that this is the source of conflict in her marriage with Sir Percy. Their marriage foundered shortly after their wedding when she told him of her unintended betrayal. And now the information is publicly known. Added to that, the newly appointed envoy to England, Citizen Chauvelin, has identified Marguerite as somebody who possibly mixes in the same social circles as the Pimpernel, and may be turned to his purposes. He demands she find intelligence that will identify the Scarlet Pimpernel. At stake is Marguerite’s brother, Armand St Just, who has been captured upon his return to France. As the story progresses, Marguerite realises that she not only might have to betray a brave man who she admires on principal, the Scarlet Pimpernel, but that man is in fact her husband, whom she has previously assumed to be witless and indolent; otherwise, she must leave her brother to his fate.

The story is fast-paced, full of intrigue and excitement, but it is Marguerite’s story, not her husband’s. It is a story of her discovery, of her changing assessment of her husband and of her overwhelming desire to help him, no matter what the dangers she might face. Telling the story this way was a clever decision on Orczy’s part, since the energy of the opening chapter would have been almost impossible to maintain. This allows Orczy to develop her characters, to suggest the terrible choices demanded by the revolution, and to nicely dovetail a story of romance into an action novel.

What is also interesting is the way the novel contextualises the English national character (Orczy never makes mention of England’s own moment of regicide in 1649) and that of the French republic, with a simple good/bad dichotomy. Her narrative voice is authoritative and assumes a set of common values with its audience. This is evident in the highly emotive language used throughout the book:

She thought of the ravenous beasts – in human shape – who lay in wait for their prey, and destroyed them, as mercilessly as any hungry wolf, for the satisfaction of their own appetite of hate.

It is not enough that the French revolutionaries should be presented in bestial terms, but it is that aside – “in human shape” – that characterises a lot of Orczy’s writing. Orczy is a highly directive writer, and constantly reiterates her key narrative dilemmas, usually through the internal monologue of Marguerite. There is a short chapter called “Either-Or?” which typifies Orczy’s writing. Marguerite, having already been presented with the moral dilemma of betraying innocents once again – the Scarlet Pimpernel or her brother according to Chauvelin – and having already taken steps to try to appease Chauvelin, now returns to the problem in this chapter. It is somewhat repetitive and makes the novel heavy with exposition, which is possibly only excused because we understand the obsessive need faced by Marguerite. But despite the apparent moral complexities she faces, the moral tone of the novel is entirely simple, suggested by the chapter’s binary title – “Either/Or?” – which is implicitly followed by other binary oppositions: of British daring against French cunning (as highlighted by frequent animal imagery: one chapter is called “The Eagle and the Fox”); of civilisation against savagery; or class and order against classlessness and disorder.

Orczy’s overt intrusiveness is rare, but there is a sense in passages like the “ravenous beasts” that the author is thinking for you. This may be attributable to Orczy’s own history and feelings about aristocracy. Born in Austria with links to the court (her mother was a baroness) her family moved to Budapest in 1868, fearing a peasant revolution, and finally to England in 1880. Orczy believed in the superiority of the aristocracy, believed in British militarism and during World War I she formed the Women of England’s Active Service League, which recruited women to encourage as many men as possible to volunteer for the war. It is not hard to draw a line between these values and the character of Sir Percy, who embodies the ideal qualities of the British soldier – brave, intelligent, daring and somewhat romantic – along with the cause of the aristocracy, for which the period of revolutionary France is a perfect subject. Nor is it hard to understand the author’s sympathies (coming as she did from a noble Austrian family) with the cause of French aristocracy, especially since Marie Antoinette, herself, was an archduchess of Austria: “It was for Austria to take the initiative,” Orczy’s English Pitt argues, “Austria whose fairest daughter was even now a dethroned queen, imprisoned and insulted by a howling mob….”

However, what The Scarlet Pimpernel lacks in subtlety, it gains in all the elements that make a novel exciting to read: its action and intrigue, along with its characters who are relatable: their strong feelings of desire, of hatred and love, and the terrible, seemingly unsoluble dilemmas they face. This is what the story rides upon. We are not only concerned with Marguerite’s desire to save her husband and brother, but to redeem her own reputation and sense of self-worth: in short – and we may as well be blunt about it – to show her true English credentials as an adopted citizen from France. Added to that, is a sense that in reading The Scarlet Pimpernel you are reading one of the earliest versions of the superhero genre, complete with the elements not only of the hero, but the human frailties that make heroes relatable. When you think of it that way, the issues around republicanism and class may be less relevant for a modern audience that may simply be looking for a fun read. Because The Scarlet Pimpernel is a quick, fun read. And in addition to that, it should be relatable as a human drama and to fans of popular culture.

The Original Trailer for Harold Young's 1934 screen adaptation
The complete 1934 version of The Scarlet Pimpernel by Harold Young
Widget is loading comments... 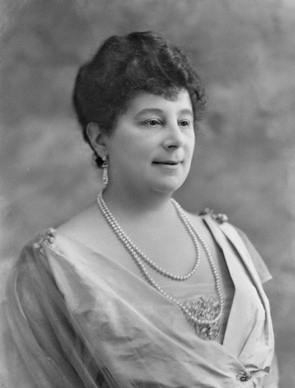 Baroness Emma Orczy
Born of a family with ties to the Austrian Court, Emma Orczy believed strongly in aristocratic society, supported British militarism and empire, and organised women to pressure men into joining the army for World War I 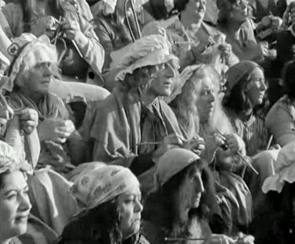 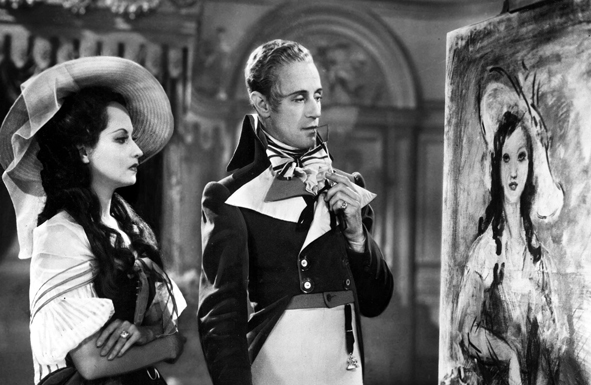 The Scarlet Pimpernel (1934)
In this scene Marguerite (Merle Oberon) and Sir Percy (Leslie Howard), examine a portrait of Marguerite. The painter's failure to capture her looks or character suggests a complexity and mystery to her. However, the film diminishes her role in the story. In Orczy's book, her dilemmas and the action she takes forms the central concern of the plot. Plot changes in Harold Young's adaptation reduced the importance of her character. She is the plot device by which the story progresses, but in the climactic moments of the film the plot is changed to allow Sir Percy to be the hero.