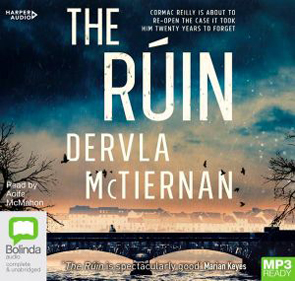 Book One of the Detective Cormac Reilly Series

Dervla McTiernan includes a preface at the beginning of this book on the meaning of the title, saying it can be taken as the straight English meaning of physical destruction or a dramatic downfall, or the Irish meaning of something hidden, a mystery, secret thoughts or intention. Both interpretations can be applied to this book, but the Irish meaning seems the most apt.

DS Cormac Reilly is a high achieving detective, formerly attached to an elite counter-terrorist squad in Dublin. But his girlfriend recently won a prestigious award which came with a dream prize – funding for a research project, with enough money to fund a team of scientists for several years. The only catch is that the research facility is in Galway, on the opposite side of the Ireland.

So Reilly requests a transfer to Mill Street Garda Station in Galway. This is one of the things which is appealing about his character. He doesn’t hesitate to change his life to support and remain with the woman he loves. He has regrets for his old job at times, but believes he made the right choice.

He is initially assigned to cold cases, and knows that this is a test. He also knows the hazing he is subjected to, such as the cold case files being jumbled into mess, and pages stuck together with coffee (the coffee hasn’t even fully dried, to make it obvious) is a test. He understands this, but hopes to eventually be accepted. But he also has a feeling that something is wrong at the station, even if he can’t get a feel for exactly what it is.

There are two main stories, a current apparent suicide, and a case Reilly was involved in 20 years earlier when he was a rookie in the Garda, when he arrived at a domestic violence callout to find a woman dead from a heroin overdose and her two scared children who have been alone in the house with their dead mother all day. Reilly is given the old case to review, but ordered to stay away from the new case, even though the suicide victim is Jack, one of those surviving children from 20 years ago. Despite orders, Reilly starts to look into the current case, and begins to think something is very wrong.

The Rúin is a well-plotted police procedural, with the multiple storylines eventually linking together in a satisfying way. There are red herrings, there are problems with unreliable memories, incomplete files and the increasing feeling that Reilly has that someone in the Garda is determined that neither mystery be properly investigated. And apart from the main storyline, there are several other plots to further complicate things. McTieran weaves an intricate plot, but keeps track of everything, and ties everything together in the end.

But the strength of the book isn’t the plot, satisfying though it was. The strength is in the characters, both the major ones and in the more minor ones. I’ve already briefly mentioned Reilly’s decision to sacrifice his own career to support his girlfriend. This is not done in some preachy way, but just becomes part of the plot. Of course it assists the storyline to have Reilly as an outsider to the Garda station, not knowing who he can trust.

Then there is Aisling, Jack’s girlfriend. Her character is beautifully portrayed as the grieving survivor, not knowing how to cope without Jack in her life and feeling guilty at not knowing why he would suicide. But Aisling is also newly pregnant. She and Jack had discussed it once, the day of his death. She was set on having an abortion, still illegal in Ireland at the time, as a baby at that time would destroy her chances of becoming a surgeon (she is currently on her residency at a hospital and in consideration for surgical selection), but Jack wanted to keep the child. After Jack’s death, she is conflicted: make the sentimental choice and keep Jack’s child, or continue with her original decision?

Both Reilly’s and Aisling’s problems are not things which are routinely tackled in crime novels, but they add a compelling human interest to the story. And on top of these, the book also looks at the role of the Catholic Church in Irish society, and the power it has. Child abuse comes up frequently, and the changes over 20 years in the handling of accusations against clergy. This is a common problem in many parts of the world, but Ireland is a country where the church is a powerful influence in every part of people’s life. Many countries have issues with how allegations of child abuse are handled, and this novel has several characters who show the long term impact of damaging policies.

This is an enjoyable read, and one I would recommend to anyone after a well-plotted crime novel. It is well paced and keeps interest up until the end. 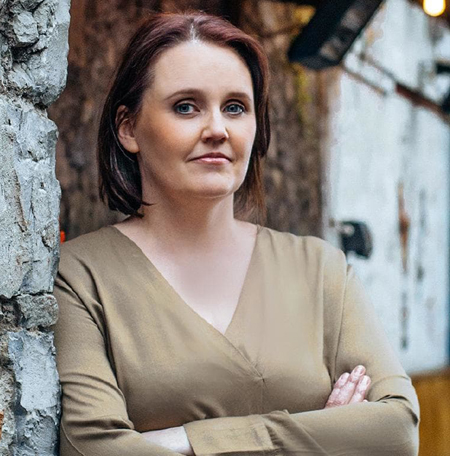 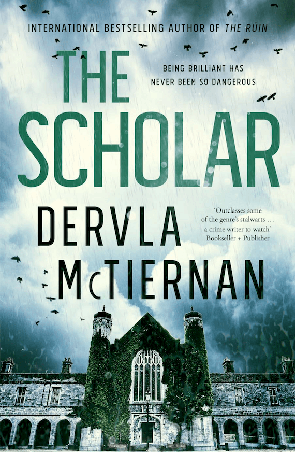 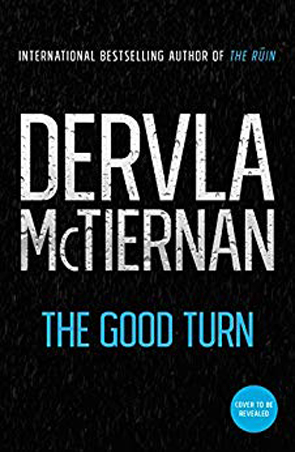 Detective Cormac Reilly returns in the next two books in the series, The Scholar and The Good Turn, which is slated for release sometime February next year.