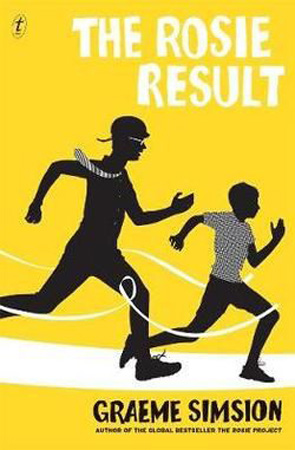 The Rosie Result is the third book in Graeme Simsion’s Rosie trilogy, following The Rosie Project and the Rosie Effect. The story of romance between Don Tillman, a genetic scientist and Rosie Jarman, a medical researcher was the dominant subject of the first two books. They explored Don's personality, often characterised by traits many people see as strange. Rosie, also looking for love, tries to cope in the early days of their relationship with his behaviours. In the second book they marry and this presents even more character traits which Rosie finds challenging, including issues of empathy and socialisation. Don, it appears, exhibits autistic characteristics.

By this, the third book, Don and Rosie have an eleven-year-old son, Hudson, who is starting to experience similar issues, particularly at school. They grapple, as parents do, with the best way to help their son. After teachers and parents raise questions about similar issues Don had at school, plus a few misunderstood situations – some completely misconstrued involving Hudson – the parents are called into the school and the question of Hudson possibly being autistic is raised. Rosie and Don agonise over whether to follow the diagnosis direction, the path being pushed by the school, or leave it alone. They say it takes a village to raise a child. Don and Rosie start by Don trying to be the main carer and teaching him everything he needs, but then they decide to engage friends and family to help manage the individual issues Hudson is having as well as assisting their work and home balance to give Hudson the additional one-on-one time they feel he needs to acquire life skills. The result is sometimes funny, sometimes heart-warming and sometimes leaves you in tears as they try to cope being married, but also being parents, juggling commitments at work and raising a child many don't see as being the norm.

I must say that parts of this book were all too close to my experience as a primary school parent. One of our sons is a quirky young man. From the onset of kindergarten, the teachers thought he was different to the other kids and made no secret of the fact that they thought he was autistic. They pushed for a diagnosis, and although initially we started down that path, in the end, firmly believing he was not on the spectrum, and seeing the impact it was having on him and us, we abandoned the process. Towards the end of the book I was in tears, recalling exactly the situation we were placed in with our beautiful boy.

I must confess I didn't enjoy this book as much as the first two, possibly because, for me, the subject matter was so much closer to the bone, relating to a child. While parts were funny, I found it much harder to laugh at them having been through very similar circumstances. However, the book certainly treats autism in a different manner to many other books, removing the stigma attached to the term, suggesting that allowing people to be themselves can sometimes work for the best.

While I personally believe there are some children and adults who exhibit extreme characteristics which may require diagnosis and medical intervention, I also believe many people could be classified as ‘on the spectrum’. In some cases I think too much is made of this instead of working with individuals and what works for them. This was the first of the three Rosie novels which directly addresses issues of autism. 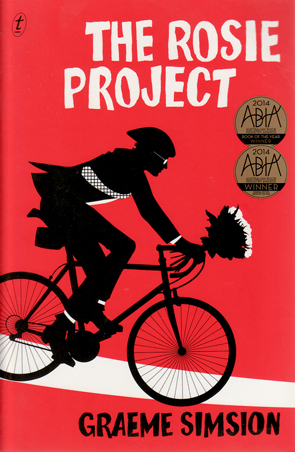 From the back cover:

Don Tillman is getting married. He just doesn't know who to yet.

But he has designed the Wife Project, using a sixteen-page questionnaire to help him find the perfect partner. She will most definitely not be a barmaid, a smoker, a drinker, or a late-arriver.

Rosie Jarman is all these things. She is also fiery and intelligent and beautiful. And on a quest of her own to find her biological father-a search that Don, a professor of genetics, might just be able to help her with.

The Wife Project teaches Don some unexpected things. Why earlobe length is an inadequate predictor of sexual attraction. Why quick-dry clothes aren't appropriate attire in New York. Why he's never been on a second date. And why, despite your best scientific efforts, you don't find love- love finds you. 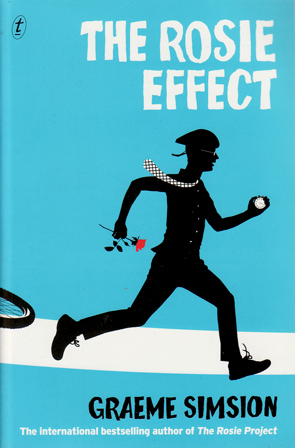 From the back cover:

Don Tillman and Rosie Jarman are now married and living in New York. Don has been teaching while Rosie completes her second year at Columbia Medical School. Just as Don is about to announce that Gene, his philandering best friend from Australia, is coming to stay, Rosie drops a bombshell - she's pregnant.

In true Tillman style, Don instantly becomes an expert on all things obstetric. But in between immersing himself in a new research study on parenting and implementing the Standardised Meal System (pregnancy version), Don's old weaknesses resurface. And while he strives to get the technicalities right, he gets the emotions all wrong, and risks losing Rosie when she needs him most.