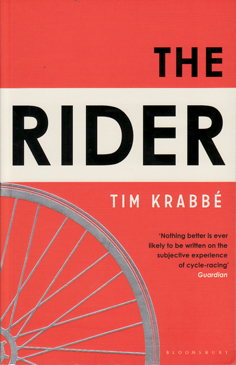 I’d never heard of this book before I saw it about a week ago. Its slim spine peeked at me from between larger volumes on the shelf and its title piqued my interest. I found myself holding a novel about a bike race, albeit fictionized, written by a man who once raced competitively. The competitive spirit seemed strong with this one, as Yoda may have said of him. Tim Krabbé was also a champion chess player. Here was a man of both intellectual and physical acumen. I bought the book without knowing anything else.

The story is uncomplicated. The fictional Tim Krabbé is entered into the Tour de Mont Aigoual, a 137 km road race over mountainous terrain in France. Each stage of the journey is documented, headed with the kilometre stages, along with other digressions that give the race context; personal memories as well as racing history that offer insights into the stages of the race. Along the way the reader learns something about Tim Krabbé, the other riders and even his relationships with them. Each rider is mentally assessed: how well they sprint; if they are fair; how likely they are to pull ahead in the descents. And there are the psychological struggles, too: against pain, of course; the mental calculations that bring elation or despair; also, a sense that racing defines the rider.

Part of my attraction to the book is that I used to undertake long rides on a regular basis, myself. I used to enjoy the sense of adventure, riding into the bush, sometimes to unknown places, or cutting a hundred kilometres from home in the Blue Mountains west of Sydney to Cronulla, and then return. When I was fitter I could go much faster than when I was starting out, and I was able to make a pretty reasonable pace but I never pushed myself to the limits described by Krabbé in this book. I never saw the point of competition. I still kept times and statistics and I knew if I was getting better. But I found the attraction to suffering for the sake of competition in this book alien:

Suffering is an art. Like the downhills, it’s a non-athletic art in which great champions nevertheless outstrip all amateurs. On all seven of my climbs to Mount Ventoux, I arrived at the top feeling fresh. Gaul had to take an ambulance to his hotel, and when Merckx won there in 1970 he collapsed and had to be put in an oxygen tent. Jan Janssen: now there was a man who knew how to hit rock bottom! (127-128)

The book reveals a strange psychology which is married to this self-defining pain, over in an instant past the finish line, replaced by elation and good memories, we are told. The contempt for ordinary people, those who haven’t defined themselves through the sheer pain of a road race is openly expressed: Tourists and locals are watching from sidewalk cafés. Non-racers. The emptiness of those lives shocks me. When Krabbé sees a young woman cheering for the racers on the side of the road he despises her for what he perceives as her faddish devotion to styles and trends – the ‘fitness’ rage – that has nothing in common with the purity of road racing, for itself. As a result, Krabbé’s contempt extends to stadium racers who do not suffer the exigencies of the road race, and therefore lack something in their character, and know nothing of the honour of racing.

Competitive people have always seemed a little strange to me, and that strangeness is well summed up in Krabbé’s own words about the nature of competition:

Road racing imitates life, the way it would be without the corruptive influence of civilisation. When you see an enemy lying on the ground, what’s your first reaction? To help him to his feet.

He who applauds his victor denies that [the knowledge that one is completely defeated, physically and mentally] Being a loser is a despicable evasion, an insult to the sporting spirit. All good losers should be barred from practising sport. (144)

Despite the fact that I find the psychology of a racer somewhat alienating, I enjoyed a lot about this book. I’ve ridden in all kinds of conditions, so it was easy for me to imagine the effects of the steep ascents, the high winds and the freezing rain upon the cyclists. I thought the book was well written and well-paced. Having had a riding background was also an advantage in understanding other aspects of the novel too. I read out the following passage to a non-rider:

The nineteen walks over to the glass of forty-three, takes two slugs, wipes its mouth, rubs its chin thoughtfully, stands there like that for a few minutes and then turns to the audience with furrowed brow, arms raised in surrender.

Forty-three divided by twenty, that would be a lot easier, wouldn’t it? (59)

I discovered that the metaphor here and the grim humour behind it may be lost on a non-rider. The desire to switch down to an easier gear ratio on a long ascent to mitigate the pain caused by the effort is beautifully expressed as being seduced by a woman. Things like this can make a reader smile with a special feeling that, even if you aren’t as crazy as these people slogging along the alpine roads in France, you’re still in the know. You understand.

The novel lacks complex characterisation for the other riders – they are riders, after all, not ordinary people – but there are various subplots that make the book interesting, including friendships and betrayal. I found, as the raced neared the end, that I was genuinely gripped by the suspense. This was an entertaining book that has something different to offer. I don’t know how much I would have appreciated the story had I not ridden for many years. I think non-riders would find the story less gripping or relatable. But as a novel that is something different and is well written, I would recommend it. 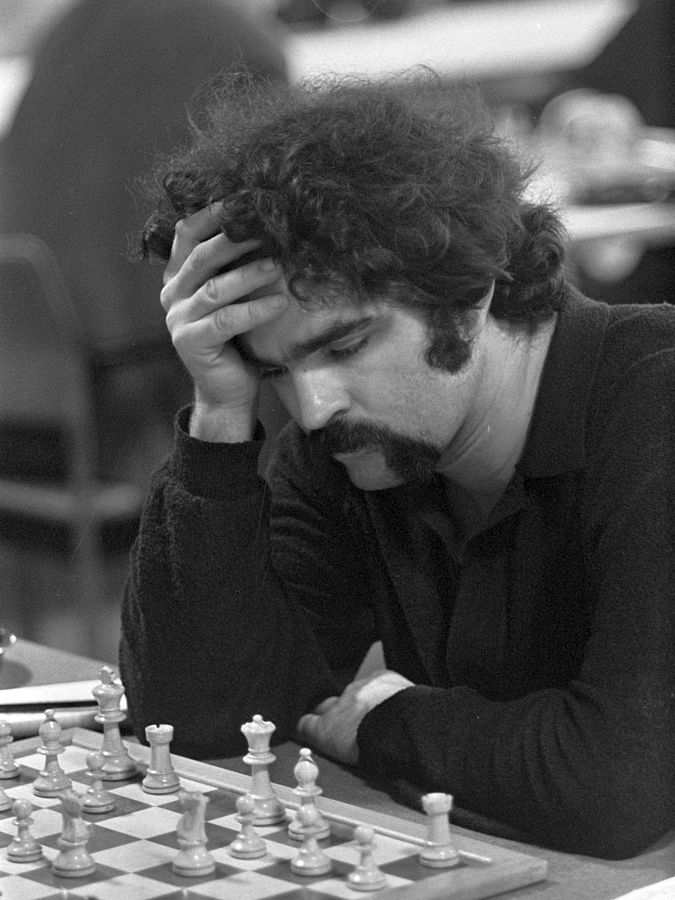 Tim Krabbé, 1969
Krabbé was a chess champion as well as a competitive cyclist. You can read a personal account of Krabbe's riding experiences and the writing of this book on another website by clicking here