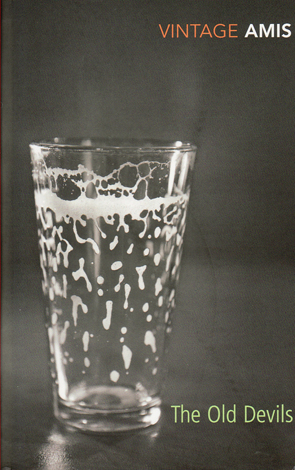 At least according to George Orwell’s definition, The Old Devils is one of those books we might call a ‘good bad book’. I’m talking about Orwell’s essay that argues books which are good to read are not necessarily those that we value as literature. They might be escapist reads that leave us entertained rather than offer intellectual refinement; that they might excite or move us emotionally, rather than offer cerebration. So Uncle Tom’s Cabin, Orwell concludes, is more likely to appeal to us – indeed, more likely to stand the test of time – than Virginia Woolf’s Modernist experiments. And there would seem to be some justification in saying that Amis’s novel, despite it having won the Booker Prize, is also a ‘good bad book’. Another criteria of the ‘good bad book’, according to Orwell is ‘good bad writers’’ “lack of shame in writing autobiography”. Indeed, there appear to be autobiographical elements in Amis’s book. Like his character, Alun Weaver (himself a writer) Amis returned to South-Wales having long considered himself and English writer. Amis’s marriage had broken down. He had had an affair as his characters in The Old Devils do. He drank heavily: his book’s plot is based around a series of pub crawls. And it seems that Amis’s characters, especially his poet Alun Weaver, and their perception of Wales, is at least based upon Amis’s own connection to Wales, despite his English heritage. Alun Weaver, in fact, is English (he began life as ‘Alan’) but adopts a Welsh persona and writes about Wales. He returns to Wales knowing it will be easier for him to stand out there – he never does any event that doesn’t involve press – rather than in London. He is considered the natural heir to Brydan, a Welsh poet now dead, possibly based upon Dylan Thomas.

And many of Amis’s characters’ relationship with traditional Wales often bear some correlation with their relationship with Alun. Malcolm, a boring traditionalist in love with Rhiannon, Alun’s wife, translates Welsh poetry and remembers the days of their youth when he pledged his love for Rhiannon, even if she can’t remember. Charlie, whose wife has had an affair with Alun, rejects traditional Welsh culture. He can’t understand the language and he advises Alun to free himself of Brydan’s creative influence. Peter, now obese, once had an affair with Rhiannon. It was the pregnancy from this affair and the subsequent abortion that resulted in Rhiannon moving to London where she met Alun at the BBC. Peter complains of the Welsh signs in pubs and is not enamoured of Welsh culture, either. Even Alun, who enjoys the attention he receives as Brydan’s successor, abuses Pugh, an American Quaker who speaks Welsh and invites him to speak at his convention. Not even Alun speaks Welsh. There is something of Kingsley Amis to be found in his characters, it would seem. And if we’re still talking about ‘good bad books’, Amis’s writing is extremely traditional: not the Modernist experimentation of Woolf; more akin to the Realism of Stowe. A novel Alun is working on, so disparaged by Charlie, is a cosy traditional tract:

That was the whole point, to stress continuity, to set one’s face against anything that could be called modernism and to show that the old subject, life in the local villages, in the particular South-Wales amalgam of town and country, had never gone away.

Yet, while Alun is a traditionalist, his life and friends do not represent traditional conservative values. Alun attempts to exploit his connection with Brydan, but Alun will never be one of the greats, merely sub-Brydan, if we are to believe what Charlie says of his work and Alun’s own self-perception,.

It would seem ironic that Amis’s own writing is never lifted beyond traditional novelistic conventions. It’s a third person narrative which offers different character perspectives, much like, it would seem, the novel Alun is attempting to write. Nevertheless, the book is not limited by that, nor to the set attitudes of individual characters who may be for or against traditional Welsh culture. Instead, this is a novel about character, about growing older and dealing with change and regret. The Old Devils charts the relationship of ordinary Welsh and English couples in their old age – in their sixties and seventies – and the impact of those relationships upon their lives. At times it seems there is almost no-one who hasn’t had an affair with somebody else in the story. A good deal of the story is based around how and why relationships began and ended, how they may still be playing out, as well as the long agony of desire and love which haunts characters throughout their lives. Peter, involved in a loveless marriage with Muriel, must come to terms with his old lover, Rhiannon, returning to Wales with Alun. Too old, too sad and too fat to hope to re-establish the relationship, Peter must nevertheless deal with his feelings and define a new relationship with Rhiannon while his relationship with Muriel disintegrates. Malcolm, long in love with Rhiannon, is hapless and uninspiring, and must endure his wife’s own infidelities with Alun, and her wrath at his unrequited desires. And everyone is getting older. That just doesn’t mean physical decline, like Peter’s chest pains (a nice metaphor for his broken heart) but the slow alienation from a modernising world. Tarc, the owner of the Bible and Crown, a pub where they all drink, rails against young motorcyclists who come to the pub and don’t understand the local ways. And there is a sense that their pubs are being homogenised; losing their character. But it is not just a loss of Wesh character that is the problem. The problem exists within the lives of the characters: the sense of alienation, of change and growing older. When the group visits Garth’s house for the first time ever (after being kicked out of a pub), they are struck by the fact that the décor and belongings of the house don’t seem to reflect who Garth is. In fact, it is his wife’s home and he has little say in how it is arranged. Another metaphor for growing older and the world changing. Charlie, who has an extreme phobia of the dark, is overcome by a panic attack while returning alone from the pub at night. Sophie explains that Charlie has suffered depersonalisation; an experience of being cut off from those he knows and can help him. And so it is for other characters in this novel. There is a long depersonalisation from the world they thought they knew – of the new generation, even new immigrants who have changed what they thought Wales was - and all this affects them, their relationships and life. The past is both alluring in its appeal to define the self, as well as a disorientating experience when compared to experience and the present.

The Old Devils is a touching book. Its characters are sympathetic, but the book is most engaging, I think, when characters face their feelings and turn back to old lovers to understand how they now relate, or to try to cling to something of their old romance. There are some scenes I will long remember, particularly Malcolm’s long, hopeless attempt to rekindle feelings for Rhiannon she never wished to acknowledge Malcolm felt. His taking her to the sea and the old church where he once pledged his love is a really wonderfully realised scene. Other scenes are funny or dramatic and equally well realised. However, I was not always engaged with this book, and I began to wonder whether my mind had wandered or whether I was just bored by it. I found myself comparing it (perhaps unfairly) to Edgar Wright’s film, The World’s End, starring Nick Frost and Simon Pegg. In that film a group of old friends undertake a pub crawl to relive old times, including their old romances, and discover that all the pubs now look the same and things from their youth maybe weren’t as great as they remembered. Sure, the film is set in Hertfordshire, not South-Wales, but that is a minor point, really. The Old Devils is a bit like the film – with nostalgia, lots of drinking and regret – except The World’s End has invading aliens with detachable limbs and blue blood, with a ridiculous apocalyptic theme to end it. I thought it was fun.

The Old Devils is slower. It has some very well-written and engaging scenes that stand out. But it is also peppered by long scenes of quotidian existence – of pages devoted to a character taking a shower and getting ready to go out; of repetitious drinking scenes and pub talk – that slow the pace. Sometimes my mind wandered and I was forced to reread sections which I still didn’t find interesting. Had I not been thinking of Wright’s film, had it not been at the back of my mind that Amis’s book beat Margaret Atwood’s The Handmaid’s Tale for the 1986 Booker Prize, I might have had a better reading experience with this book. Some claim it to be one of the greatest books of the twentieth century. Objectively, as I read it, I could see it was good, but apart from some key scenes which honestly engaged and moved me, I cannot say that the book worked for me, overall. And to that extent, Amis’s novel has more in common with the purported literary work that Orwell thought cerebral, but not engaging: a good book, perhaps, but not a good bad book. 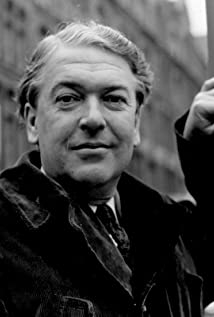 Malcolm did not disclose that, while Peter had been a young lecturer at the local university and Rhiannon in her second year as a student, they had had an affair, and she had got pregnant and had had an abortion performed on her at his expense by a doctor in Harriston, a man incidentally struck off the medical register soon afterwards for another of the same and now long dead. This had been a remarkable train of events in the South Wales of 1947-8; more remarkably still, Peter had not been thrown out of his job at the university, in fact nothing official was ever said on the matter. What counted, after all, not only in South Wales, was not what you knew but who could prove you knew it. Quite soon, however, Peter had given up a promising career in academic chemical engineering for a different sort in the real thing not far away, a few miles along the coast to the west in Port Holder. Rhiannon had promptly vanished to London, where after an obscure interval she had got a job as a receptionist at the BBC, where in turn a year or two later she had met Alun Weaver.