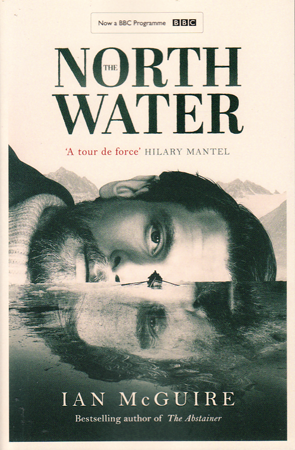 Drew Hunt’s interview with Ian McGuire recorded at the end of my edition of The North Water foregrounds an aspect of my experience of reading this novel. McGuire states, “I like to think of The North Water as a revisionist novel in the sense that it echoes and draws on earlier literary depictions of sea-faring, whale hunting, Arctic survival and so on…” McGuire cites Treasure Island, Call of the Wild and Moby Dick, and he highlights that the opening words of his novel are a direct allusion to Cormac McCarthy’s Blood Meridian (“Behold the man” / “Behold the child”).

The novel’s links to Moby Dick are perhaps most obvious. The North Water tells the story of an ill-fated whaling expedition in the Northwest Passage just before the onset of winter. Captain Brownlee is no Ahab – he is not possessed by a singular obsession – but he is haunted by a previous voyage in the Percival, in which men died and survivors were forced to drink each other’s blood to survive. Brownlee wants to set aside his ill-fortune and looks forward to a profitable hunting season. He has hired three harpooners for the voyage and is eager to fill his hold. But Baxter, the owner of Brownlee’s vessel, the Volunteer, has lost faith in the whaling industry – he believes it is in decline – and presses Brownlee to a darker and more troublesome course to make his money back.

The depiction of life in the north – of Eskimos (or ‘Esquimaux’), their hunting, customs and sled dogs – may recall Jack London’s Call of the Wild to the reader, and the sense of adventure and betrayal are also present in Stevenson’s Treasure Island, although the tone is completely different. But my experience as I read was that I recalled darker tales: of Shelley’s Frankenstein pursuing his creature across the frozen northern wastes, or even Ged in Le Guin’s A Wizard of Earthsea, who pursues the Shadow he has released across the archipelago of Earthsea.

Because there is something deeply troubling driving the story of The North Water. The Volunteer is peopled by men of various natures with different goals. Patrick Sumner, the ship’s surgeon, has taken up his position while he awaits for a resolution to a legal challenge to an inheritance. He has been dishonourably discharged from the army after an incident while serving in India, and he seeks to forget the past and make a new life for himself. Brownlee desires to leave his reputation for bad luck behind him. Cavendish, the ship’s first mate, sees opportunity in Baxter’s plans to scuttle the boat, while Henry Drax, a harpooner, is a man not given to thinking too much of the past or the future. He lives instinctively, satisfying his whims and desires. Before he has joined the voyage, he has killed a twelve year old boy and raped his corpse. During the voyage, he will kill again, and his actions will challenge men like Sumner and Otto, another harpooner, to question what they believe about humanity.

And it’s at this point as I write, that I recall another book, Conrad’s Heart of Darkness, with its journey into the dark heart of Africa and of men’s souls. That’s the sense I had as I read this book: of those stories where the physical journey correlates to an inward journey, revealing the dark underbelly of humanity, the increasing distance between wherever here is, and the civilised world the protagonist has left behind, as the restraints of society are gradually removed. In the barren world of the arctic circle, where ice sheets smash against each other and just being outside can kill you, as can the bears, the actions of men become removed from the rules that would normally govern them. For Sumner, morality is neutral, a mere absence of evil, and therefore a norm. But for Otto, a man deeply invested in the word of God, evil is a kind of choice, of turning away from God, meaning there is also a choice in being good. “The only devil is the one inside ourselves,” he tells the blacksmith who attempts to attribute supernatural agency in Drax’s escape. For Drax, however, there is no delineation between what other men call good and evil: “One thing happens, then another comes after it. Why is the first thing more important than the second?” he asks Sumner, who attempts to attribute a meaning to his actions. “I’m a doer not a thinker, me. I follow my inclination.”

The action of the novel takes place within the claustrophobic confines of the ship and the wide expanses of the arctic. Despite its literary qualities, the book reads like a thriller. Men are haunted by their pasts, the winter is closing in, the captain is sailing farther north than any whale has previously been caught, there is a killer on board and a conspiracy exists that threatens everyone. The writing is sparse, a little like Cormac McCarthy’s, from whom McGuire admits he took inspiration, but with a more accessible style than Blood Meridian.

But it is Frankenstein my mind keeps returning to: following his creature hopelessly to destruction in the frozen wastes. Sumner leaves the tent to kill a bear and pursues it into the blinding whiteness, far from camp. He travels farther and farther, trailing after it, until he eventually senses the danger he has placed himself in long after it is apparent to the reader. Everything he has done has led to this moment, and this moment will lead to everything else. When he failed to save a child in India during an English bombardment, he seeded his desire to later save Joseph Hannah, the thirteen year old ship boy, from the depredations of Drax. And when he chases the bear, he unwittingly creates the conditions which will lead him to chase Drax. Sumner, a man of science who eschews the religious beliefs of Otto and the priest, would reject the notion of fate, but McGuire’s novel suggests that men cannot escape their own natures or the world which has shaped them. The North Water is a tense, violent, disturbing and highly readable thriller that is concerned with the inner lives of men, just as much as it is with their actions. Highly recommended. 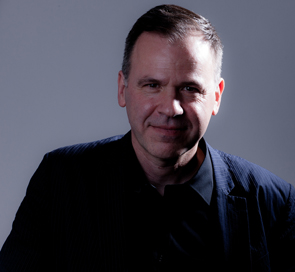 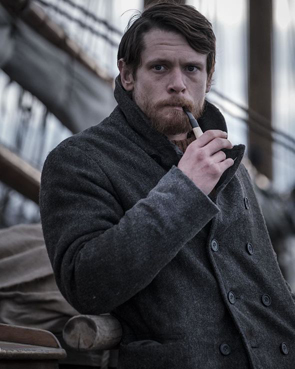 Jack O'Connell as Patrick Sumner
“I wish to advance. To rise from my humble origins.” 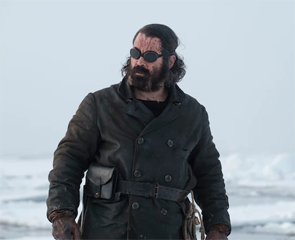 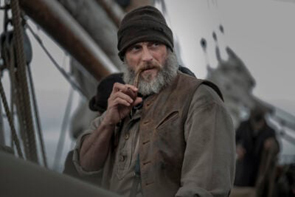 Roland Møller as Otto
“We drift away from the Lord because the Lord allows us to do so. That is our freedom but also our punishment.”