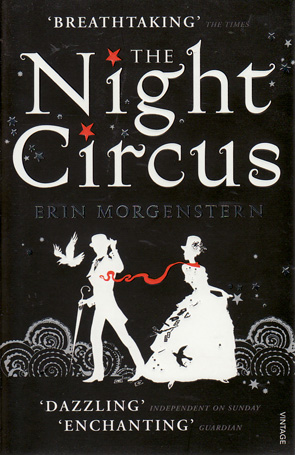 The circus arrives without warning. No announcements precede it. It is simply there, when yesterday it was not.

Sometimes the reasons I choose the read a particular book are strange. I first became aware of this book from a knitting pattern. I was looking for a scarf pattern and stumbled on a pattern for an elaborate red scarf, inspired by this book. I asked bikerbuddy (another reviewer on this site) if he knew of this book, and was told he had read it, that it was all right, but that Jonathon Strange and Mr Norrell was better with a similar theme. So I read Jonathon Strange and Mr Norrell (before this site started, so there is no review of it) and loved it. The Night Circus was forgotten.

But recently, the latest Zombies, Run Halloween virtual race was themed to a mysterious circus. It was suggested that The Night Circus was part of the inspiration for this virtual race. I like immersing myself in the background for each of the virtual races, such as watching the Korean zombie movie Train to Busan ahead of the last Spring virtual race Train to Oban. So, many years after I first became aware of this book, I finally picked up a copy and started reading. I'm sorry I didn't read it years ago, because it really is a lovely book to immerse yourself in and enjoy. It was pure pleasure to read.

It didn't take me too long to see the similarity to Jonathon Strange and Mr Norrell. Both books are set in the 19th century and both feature magic as a real thing, used to influence the world in a physical way. Both books have opposing sides, with one side representing the advancement of ability from the study of books, and the other side representing a natural ability, enhanced by study.

But they are also very different books, in their stories and their depth. Jonathon Strange and Mr Norrell is an alternative history of the Napoleonic War, and is an incredibly rich but dark story. The Night Circus is much lighter, and is basically a romance in a fantasy setting.

The two opposing magicians have competed many times in the past, through handpicked students. This story starts with a new challenge, between the daughter of one magician, Celia, and a new student selected specifically for the challenge by the other, Marco. It appears at the beginning that the only interest the magicians have in their students is for their use in the challenge, with the students treated as objects, or pawns in the game. The setting for the challenge is Le Cirque de Rêves (the Circus of Dreams), a mysterious circus which arrives without announcement and is only open at night.

The circus is what I think makes this book so popular and inspires people to want to be part of this magical world; for example by creating a scarf pattern that seems similar to one knitted in the book. The descriptions of the circus and of its atmosphere are a beautifully fantasy, a dream place everyone would love to visit over and over. This is a world you can sink into and enjoy unreservedly, a thing done in the book by rêveurs (dreamers), a network of circus lovers who follow the circus around the world, drawn in by the magic but unaware of the dark challenge behind the surface of the circus. The descriptions of the circus are the strongest part of this book, with Morgenstern painting a striking picture of the world. There are sinister undertones to this world, but predominantly the world created has a dreamlike feel, an ethereal creation quite removed from the mundanity of the real world.

The circus travels around the major cities of the world, appearing suddenly at a new location, existing for a few days only, then mysteriously gone one morning. Celia and Marco compete in their challenge by creating in turn new wonders for the circus. But rather than trying to beat each other, Celia and Marco love what each other does, and begin to plan their next creation with space for the other to add to and embellish. It seems like the competition will never have an ending. While time moves normally in the real world, the circus appears to be outside time, with everyone associated with it appearing to not age.

But there are other characters apart from Celia and Marco, and not all of these characters are content to live in the endless lovefest that the circus appears to be turning into. The actions of these other characters force an outcome. I found the final result a little disappointing compared to the rest of the book. It seemed a little random. But that is my only quibble with an otherwise entertaining book.

This book was a pleasure to read, and I feel like it could be read many times, when you feel the need to escape the real world and immerse yourself in a rich fantasy world. Highly recommended. I just might see if I can find that scarf pattern . . .


Please Note: A movie version of The Night Circus is now in development and YouTube has several fanmade trailers. However, as of the time of writing, I could find no official trailer for the movie. 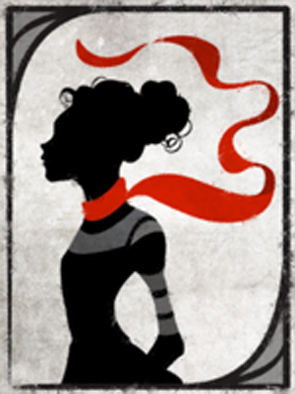 “You think, as you walk away from Le Cirque des Rêves and into the creeping dawn, that you felt more awake within the confines of the circus. You are no longer quite certain which side of the fence is the dream.”