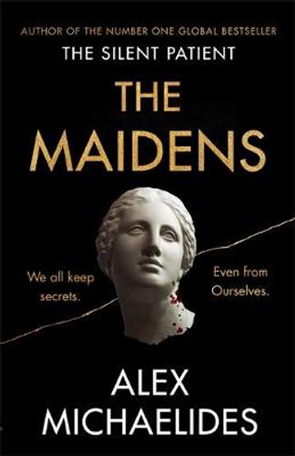 I mostly enjoyed this thriller, really I did. I liked the idea of the exclusive group in the academic setting and the general setup to the situation. Both the narrators were good (can I confess, I actually started this one because Kobna Holdbrook-Smith was a narrator and I could listen to his voice forever) and I was generally predisposed to enjoy it. But the ending really let me down, with its ridiculous twist. I know thrillers are meant to have a twist, but this one just came from nowhere and was just really far-fetched. And once I was irritated by the ending, a lot of other little details which had pricked at me over the course of the book became bigger problems in my mind.

Quick plot wrap up: fourteen months after his death, Mariana is still mourning the death of her husband. She’s not dealing with the grief at all. She gets a call from her niece, Zoe, a student at Cambridge, upset that her best friend is missing and that the body of a student has been found murdered. Zoe fears the worst and wants comfort from her aunt. At this point we learn that Mariana and Zoe are all each other has left now, as their entire family has died. Mariana and Sebastian (the dead husband) have cared for Zoe since her parents (Mariana's sister and brother in law) were killed in a car accident when she was six. Zoe is at the same college at Cambridge that Mariana and Sebastian were at when they met. The place is tied up with memories of Sebastian for Mariana, so she hasn’t visited Zoe there since his death. It’s traumatic for her to return, but she forces herself to because Zoe needs her.

I liked this part of the story: Mariana finally facing up to Sebastian’s loss and learning to live without him. At one point, Zoe says something about Sebastian always looked after them, and Mariana responds that they need to look after each now. In a way the murders are just what Mariana needed (as callous as that sounds); something for her to focus on instead of treading water in London, doing nothing but grieve.

What Zoe had feared turns out to be true: her friend Tara is the murder victim. Tara was a member of ‘The Maidens’, a study group formed by the charismatic Professor Fosca, all young and beautiful, and all seemingly under Fosca’s control. Mariana is immediately suspicious of him, but he has a cast-iron alibi for Tara’s murder, provided by the Maidens. More Maidens turn up dead while Mariana compulsively tries to prove that Fosca is the murderer, assisted by Zoe and a strange young man she meets on her way to Cambridge.

What I enjoyed most about this story was the setting. Cambridge is beautifully described, in a way that made me really want to visit. I also really liked the use of Greek mythology, Greek tragedy and the works of Tennyson. These were worked seamlessly into the story and really contributed to the dark academia vibe, as did the idea of the Maidens. The Maidens are named for Persephone of Greek myth, and Fosca tends to talk about the rites of Eleusis connected to this Goddess a little too much for pure academic interest. It all contributes to the creepy vibe of The Maidens.

But I can't get past the unbelievable ending. There were red herrings all the way through the book, with almost every male character presenting signs that he was the murderer. Some of them were so obvious it was like the reader is being slapped in the face with a wet fish, to make sure the misdirection isn’t missed. I'm fine with that, in principle. I have no objection to being misdirected a thriller heads towards its thrilling reveal: it’s a part of the genre. But the reveal we get here was a WHAT??? No way!!! Where did that come from??? I have no objections with who the murderer turned out to be; it was the motive that got me. Not just a twist but a full on unbelievable zinger that I just can’t see that no one picks up on in any way at all. Surely there would have been signs? And I think there needs to something, somewhere, in the plot to have that major idea be something that could be conceivable.

And since the ending just killed it for me, it’s magnified the other irritants I had with the book, even if I was willing to give them a pass earlier. For starters, does every single male Mariana encounters need to be instantly attracted to her? Can she really be irresistible to all men? And even if we accept that she throws herself into the investigation (this is an unbelievable plot device in many mysteries, but I tend to go with it for the sake of the story), can she really be so dumb as to remove the evidence she finds and not give it to the police? For example, she finds postcards that she is sure are significant but the police have completely overlooked when they have examined the crime scenes. If she can see the significance of them, why not take them to the police? Better yet, leave them where they are and tell the police about them so the chain of evidence isn’t corrupted.

And one final little detail, which may actually be true but struck me as unlikely, is this description of the education system at Cambridge:

“Most of the teaching [...] was done on a one-to-one basis, between fellow and student, usually taking place in the fellow’s rooms. At any time after midday, or even earlier, at the discretion of the fellow concerned, alcohol was invariably served [...] providing an education in drinking as well as literature. It also meant that tutorials took on a more personal flavour, and lines between teacher and pupil became blurred — confidences were given, and intimacies exchanged.”

Really? I’ve heard of the tutorial system used at universities like Cambridge and Oxford. Even if it is nothing like my university experience, it features in several other books I’ve read. But this description just sounds completely unprofessional, and not likely to be the commonplace this paragraph implies. However, looking up a biography of Michaelides, it seems he studied English Literature at Cambridge, just as Mariana does, so maybe this really is how you study at Cambridge?

To wrap this up, I will say that I did enjoy listening to this thriller. It was enjoyable escapism and I’m sure many people would love it. But the ending killed it for me and made me focus more on the plot holes than I otherwise would have. 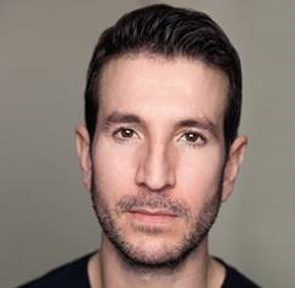 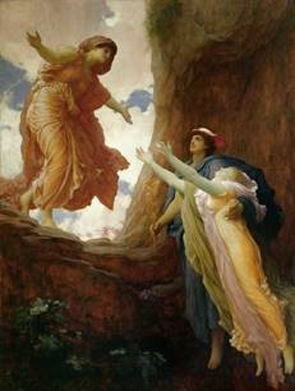 The Return of Persephone by Federic Leighton, 1891
The story of Demeter and Persephone is used at different points by Michaelides in The Maidens. Not only does the myth link to the title (Persephone is also known as the Maiden), but their story of life in death and death in life and the Eleusinian Mysteries form the basis of the hold Professor Fosca seems to have over his select group of students, known as the Maidens.

Images of Death and Sacrifice

Michaelides uses images of violent death and sacrifice to form some of the clues, as a series of postcards sent to each victim. From the descriptions in the book, I think the following images could be those used on the postcards: 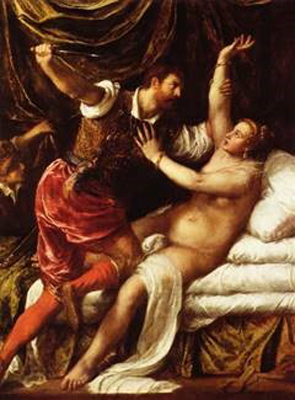 Tarquin and Lucretia c.1570 by Titian 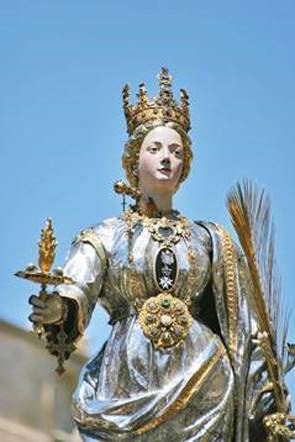 Statua d'argento di Santa Lucia a Siracusa by Sebastiano Leggio
St Lucy with a dagger in her neck, carrying her gouged-out eyes on a plate 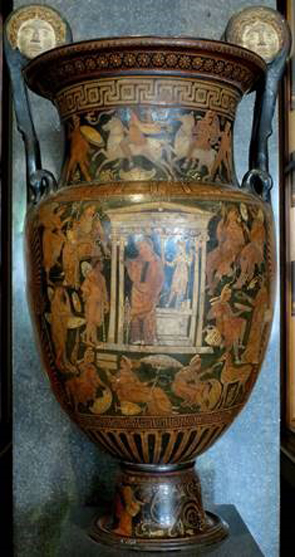 Amphora depicting the abduction of Iphigenia by Artemis