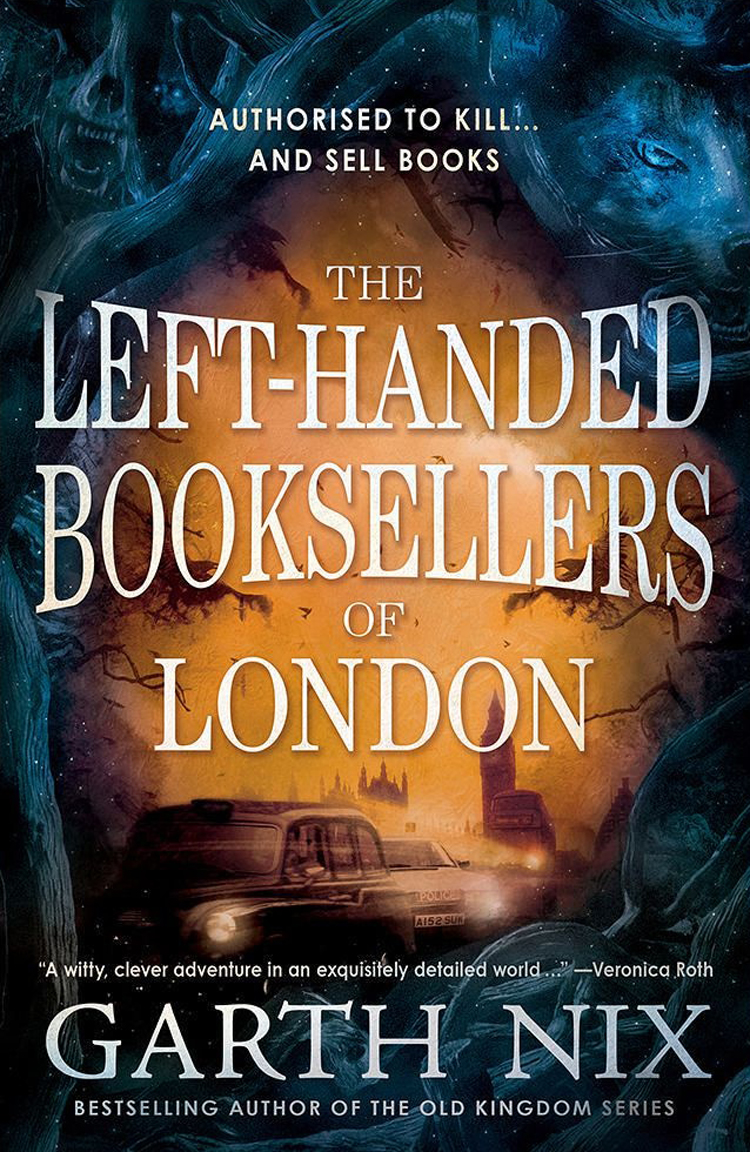 The Left-Handed Booksellers of London took me back in time a little, as it’s set in 1983, the year I was finishing high school. If I ever get nostalgic for the past, this is the era I go to, when the Goth and New Romantic movements were at their peaks and when we all thought 1980s music was the best music ever and that 1980s fashion actually looked good. So, I was predisposed to like this book, just for the setting alone, even if I now know we were a touch misguided in our thoughts back then.

The protagonist in Garth Nix’s latest book is Susan. She’s 18 and about to become an art student. She leaves home for London early, a few months before the start of term, intending to get a job and track down the father she has never known. Her mother, strangely, has never given Susan any information about him, not even a name. Susan runs into trouble at the first place she seeks information, when her informant is turned to dust. She has to flee the house with the mysterious Merlin St Jacques who turns out to be a left-handed bookseller. Apparently, there are left and right-handed booksellers who form a secret society of magicians who police the interaction between the various more mythic levels, collectively known as the Old World, and the New World - the prosaic human world - what you might fondly call ‘reality’. And they also sell books! They all seem to be related to each other as well, with everyone having some form of family connection. Merlin helps Susan escape from the dangerous situation they were in, then they part, each back to their normal worlds. But the St Jacques family elders want more information from Susan and Merlin is sent to bring her to them. Soon they are deeply involved in a dangerous search for the truth about both of their parents – Merlin’s mother was killed six years ago and it turns out her death has a link to Susan’s mother.

This is an action packed standalone urban fantasy novel, aimed at older middle-grade/young adult readers. Susan and Merlin are the main characters, together with Merlin’s sister Vivian, a right-handed bookseller. In this alternative world, left-handed booksellers are fighters who tend to deal with practical matters and right-handed booksellers are more cerebral and focus more on magic (to complicate matters, there are a couple of ambidextrous booksellers as well, known as the even handed). Nix blends British mythology with his own inventiveness into a fantastic story, one which is a rollicking good read. Susan, Merlin and Vivian seem to plunge from one incident to the next, barely getting time to breathe after escaping from one peril before the next one pops up. This really ramps up in the last few chapters where it’s all full-on action leading to the final confrontations with the main villain of the book.

Although this is a standalone book, with everything wrapped up by the last chapter, the world Nix has created is a fairly complex one. Some aspects of the Bookseller's role are only touched on in passing. I think Nix would be able to return to this world at some point in the future with further books, not necessarily with Susan and Merlin, but with some of the other members of the St Jacques family. Vivian for example was a great character, and would be great as the main character of her own book.

There's some very casual transgender representation in this book, as Merlin is presented as gender-fluid, wearing dresses with ease and sometimes wondering if he should become a female. No one seems to have any problem with this aspect of Merlin, and it is never raised as an issue in the growing attraction between him and Susan. There is also a subplot for this developing romance, but it’s only a small part of the story and doesn’t get in the way of adventure and action.

I really enjoyed this book. I liked the world of the Booksellers; I liked the action and the use of mythology and I liked the humorous tone of the book. I'd recommend it to anyone looking for a light-hearted fast-paced action adventure. 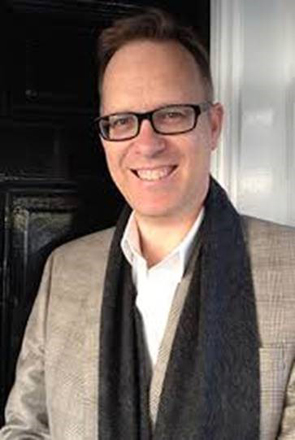 Garth Nix is an Australian writer whose previous series include The Keys to the Kingdom books, beginning with Mister Monday, aimed at Young Adults, as well as his Old Kingdom series, beginning with Sabriel, a fantasy series set on the borders of death.