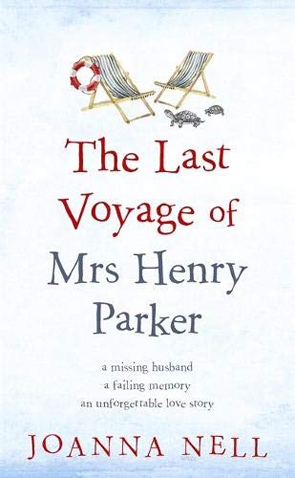 “Why is it so hard to remember some things and even harder to forget others? It's like my brain has stopped making new memories" said Evelyn. "I sometimes wonder if I've simply filled it up like a cupboard with too many things crammed in.”

The Last Voyage of Mrs Henry Parker is a beautiful and sad depiction of dementia in an ageing woman.

Evelyn, or Mrs Henry Parker as she introduces herself to others, has lived a full and interesting life, most of it onboard a cruise ship. She met and fell in love with a young ship's doctor in 1953 while on her way to Australia. Evelyn had trained as a nurse in London and at almost 21, was immigrating to Australia to take up a career in nursing, with dreams of becoming a midwife. Evelyn accompanies Henry on his postings throughout his career, then as his retirement approaches, neither want to end their lives in a retirement home. They make a decision to spend their remaining years as permanent residents aboard the ship on which Henry spent most of his career working.

We first meet Evelyn as she boards the Golden Sunset for her 662nd voyage. She seems competent and healthy in the opening pages, although perhaps just a little forgetful of names. But gradually we realise that Evelyn's grasp on reality is tenuous, at times, and that she seems to be living in a different world to the people around her.

Evelyn's immediate problem on the ship is that her husband, former ship's doctor Henry Parker, is missing. None of the crew seem particularly concerned that he has gone missing, so Evelyn sets off to find him herself. Although she thinks she knows the ship from top to bottom, her mind sometimes misleads her, so she ends up in unexpected locations, such as when she sets out to look in the gentlemen's club, and ends up in a nightclub, or when she accidentally stumbles upon the casino while seeking the cellar. Nothing is where it should be, and none of the people on the ship are the people she remembers.

I listened to most of this charming story with a small smile on my face as Evelyn ventured from one little adventure to the next. But occasionally I felt the sadness from some of Evelyn's memories, and from her struggles to cope with an increasingly confusing world. Sometimes the past is more real to Evelyn than the present, and her mind swings between different periods as if unconnected events all happened at the same time. She can quote long passages from Coleridge's ‘The Rime of the Ancient Mariner’ from memory, but struggles to remember where she is going, why she is going there or even when she last ate.

“Sleep was becoming an increasingly inviting place. In her dreams she always found Henry. The waking world made less and less sense as shapeless days passed. It was as though she was gradually falling into a long, deep sleep, slipping further and further away from reality one head nod at a time.”

Joanne Nell seems to have a comprehensive knowledge of ageing, both physically and mentally. Her portrayal of Evelyn seems to be very real and very believable. She portrays Evelyn with humour, but also with a great deal of empathy. Although Evelyn comes across as opinionated at times, she shows through her actions and treatment of people that she is a kindly old lady and considerate of other people. Apart from feeling sorry for Evelyn as she struggles to make sense of the world around her, I also felt very sorry for the people in Evelyn’s life who had once been important in her life, but who she could no longer remember, such as her son.

I thoroughly enjoyed this book and would recommend it to anyone looking for a charming story about the challenges of growing old. 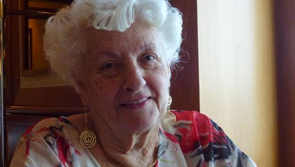