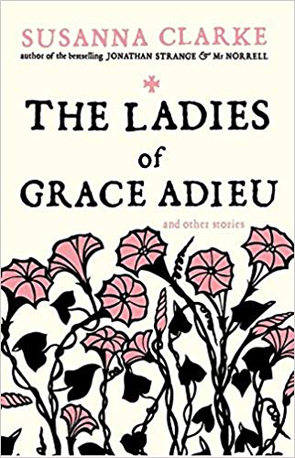 Magic, madam, is like wine and, if you are not used to it, will make you drunk. A successful spell is as potent a loosener of tongues as a bottle of good claret and you will find the morning after that you have said things you now regret.

This is a collection of eight short stories written by the author of Jonathon Strange and Mr Norrell, a novel I read and thoroughly enjoyed a few years ago. The stories are set in much the same world as Jonathon Strange and Mr Norrell, an England where magic and the faerie realm exist and are accepted as a matter of course. This was a fast read and was entertaining, but I felt it lacked the depth and interest of the novel. It was more like light froth, entertaining without too much substance. There is nothing to connect the stories, except for the faerie element, to each. There is a different faerie aspect to each story.

I thought the title story, ‘The Ladies of Grace Adieu’ was the best and could easily have been used as a chapter in the novel. Except of course that it shows powerful females, and the novel is fairly much the domain of men only. Jonathon Strange leaves London briefly to visit his brother in law and to see if a local lady would make a suitable wife for the brother in law. Not only does he decide the lady is not suitable, he seems thoroughly put out and unable to cope with what happens. I think the idea is that his mind cannot actually cope with the idea that women are able to understand any magic at all, let alone perform it.

The lady in question, Cassandra Parbringer and her two friends, Mrs Fields and Miss Tobias, prove to be highly skilled at magic and appear able to perform quite complex tasks with seeming ease, while simultaneously keeping their powers secret from their male acquaintances. There is one scene involving owls which is quite creepy and unsettling. The atmosphere Clarke creates in this story is fabulously dark.

The next story was basically a clever retelling of the Rumpelstiltskin story. Enjoyable, but one I’m well familiar with. The country style of language used by the heroine in this one did make it a little harder to read than the other stories. Although the heroine wins out over the faerie in this story, it’s not clear what her ultimate fate will be, as her husband appears to be a violent and unstable man.

Both ‘Mrs Mabb’ and ‘Mr Simonelli or the Fairy Widower’ reminded me of Jane Austen. Mrs Mabb was both a fairly standard faerie tale of a young man bewitched by the faerie queen, and a tale reminiscent of an Austen story where the virtuous heroine finds her lover has behaved falsely with a rival while she is temporarily out of town. The heroine’s subsequent behaviour is viewed by locals as madness, but is ultimately shown to have had brave purpose.

‘Mr Simonelli’ was not so much in the style of an Austen story, but the characters, especially the five daughters, seemed very reminiscent of the Bennets in Pride and Prejudice. I quite enjoyed this one slowly unfolding, as ‘Mr Simonelli’ starts with a seemingly quiet, countryside setting and gradually gets wilder as we are drawn into the tale.

‘John Uskglass and the Cumbrian Charcoal Burner’ was an amusing story but my least favourite of the book. Basically, the all-powerful John Uskglass, the Raven King, comes off second best in an encounter with an illiterate charcoal burner who doesn’t even have any idea of the identity of the mysterious dark stranger who tramples his charcoal hut. He appeals to a few local saints for help and they use the power of their saintly connection with god to punish the Raven King for his thoughtless behaviour. I’ve read similar stories in collections of Celtic mythology, such as those around St Patrick bringing Christianity to Ireland.

‘Tom Brightwind’ was a strange one, dealing in part with the close relationship between a Jewish doctor and a powerful faerie, and in part with the faerie determining impulsively to build a much needed bridge in an isolated town. An added amusement in this one are the copious footnotes which sometimes take up more of the page than the story does.

Overall, I enjoyed reading this collection of stories, finding them a pleasant diversion on a cold weekend. It’s recommended for some additional time in the world of Jonathon Strange and Mr Norrell without the long-time commitment demanded by that book. 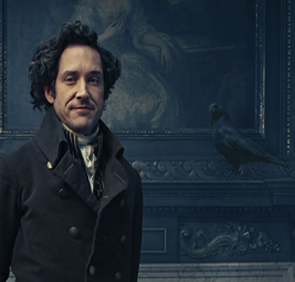 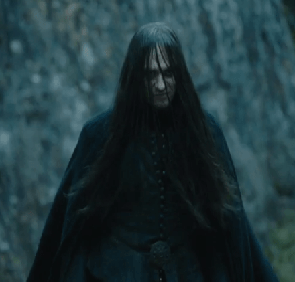 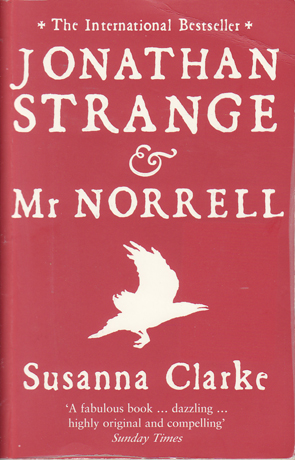 Jonathan Strange and Mr Norrell
Susanna Clarke's novel is a detailed and fantasy and alternate history of the Napoleonic Wars.