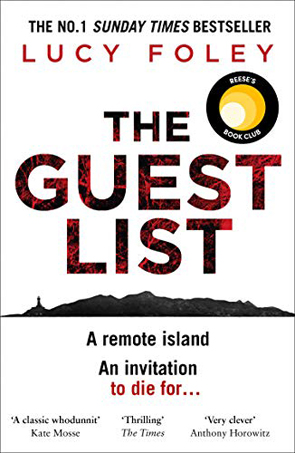 This was a highly entertaining thriller, different to the mysteries I usually enjoy. This one had a slow start as we are gradually introduced to the characters and the situations, then, at maybe a quarter the way in, the pace seems to increase. This became a page-turner for me. And I found I really enjoyed the unusual way the story was told, shifting back and forth in time and between multiple narrators, with the identity of the victim not revealed until 35 pages from the end (although I did correctly guess who it was).

Jules and Will are a golden couple, both good looking, both successful, both ruthless with others. Jules has planned an extravagant wedding on an island off the coast of Ireland. The wedding party and family members arrive the day before the wedding, to spend a day enjoying the luxury accommodation. The guests arrive the next day, prepared to enjoy the glamourous wedding and indulge in the free flowing alcohol. Unfortunately a storm blows in as the reception starts, causing the occasional flicker of the lights. The guests party on, mostly unaware of rising tensions in the wedding party. Finally, the generator shuts off and all the lights go out. When they come back up, a body is found and everyone realises there is a murderer on the island with them.

Part of the story is told as ‘now’, as the lights go out, come back, and a waitress screams that she saw a body, then faints. While most of the guests stay in the marquee, the ushers go together into the dark, braving the storm to search, but getting more and more spooked as they progress, until they find the body.

The rest of the story is told from alternating viewpoints, from the bride (Jules), the plus-one (Hannah), the best man (Johnno), the bridesmaid (Olivia), the wedding planner (Aoife), and, occasionally, the groom (Will). It starts in the afternoon as everyone arrives on the island and continues through the night, into the morning, the wedding and the reception. As the story progresses to its climax, the chapters get shorter and shorter. I think this heightens the tensions and contributes to the feeling that the pace is getting faster and faster.

The setting is important to the story. The island is remote from all help, several miles off the coast and isolated because of the storm. Even internet reception is limited. There’s really only one spot on the island with decent reception and that is a difficult walk even in daylight and in good weather. There are local legends that the island is haunted. Archaeologists have found a number of bodies preserved in the bog, all victims of a massacre at some time in the distant past. All this contributes to the mood. The villagers who once lived there have abandoned the island for the convenience of electricity and running water on the mainland. Aoife and her husband have restored ‘The Folly’, a fifteenth-century building, the only one remaining on the island, as a luxury resort. There’s also a ruined church, a seemingly abandoned graveyard and a slowly encroaching peat bog. Add to this sheer cliffs and a hidden cave, and you get a pretty atmospheric setting for the tale that gradually unfolds.

I really felt the human side of each of the main characters. They feel real, if somewhat exaggerated. We get to know the insecurities of each, along with their backstories. Each of them has a secret or a resentment that colours how they view the approaching wedding and we learn that each of them has a motive for murder. And each of the motives seem reasonable; things you could expect could make a person want revenge.

There were plenty of coincidences in the plot, but I'm not going to quibble about that in this very clever story. Foley played fair and dropped plenty of hints throughout the book about what would happen. This includes the twist at the end. There were hints about it and I picked up on a few of them, even if I didn't completely expect the outcome. Admittedly, there were a few plot holes in the story and a few inconsistencies that maybe an editor should have addressed, but overall, this was such an entertaining story that they didn’t bother me. I think inconsistencies or other little details only bother me in this type of book when I’m not enjoying the story, and I really enjoyed this one. Recommended for anyone who wants a light thriller. 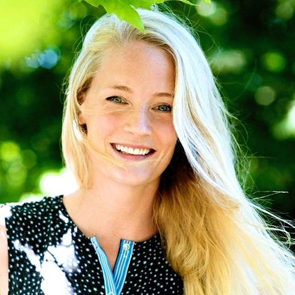 “Life is messy. We all know this. Terrible things happen, I learned that while I was still a child. But no matter what happens, life is only a series of days. You can't control more than a single day. But you can control one of them. Twenty-four hours can be curated.”