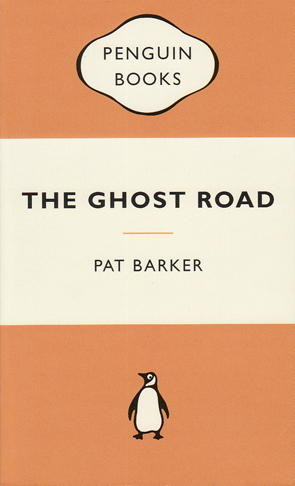 The Ghost Road is the third book in Pat Barker’s Regeneration Trilogy. Set in the closing months of World War I, its narrative focuses around Billy Prior, who has been treated for shell shock, and his psychiatrist, William Rivers. As the novel begins, we learn that Prior is strangely oblivious to personal danger. He has already done three tours of the Western Front, and now, having recovered, is intent on returning to the war. His only concern is that he must pass his physical, despite his asthma. Rivers remains in the ward, treating men with broken bodies and broken minds; everything from head wounds to soldiers with psychosomatic symptoms. His patient, Wansbeck, believes his body emits a terrible smell that doesn’t exist. Moffat can’t move his legs although there is nothing wrong with them. To help these men, Rivers experiments with creative treatments, partly inspired by his experiences as an anthropologist in Micronesia ten years before.

Barker’s novel is a curious blend of the real and fictional. William Rivers, a real-life anthropologist and psychiatrist, is best known for having treated Seigfried Sassoon, the war poet, in Craiglockhart War Hospital. The novel’s many digressions to Rivers’ experiences ten years before on Eddystone, Micronesia, are based upon his published papers and notebooks. Sassoon is an extremely minor character in this third novel, although he plays a major role in the first in the series, Regeneration. Wilfred Owen, Sassoon’s friend and poet, also features in several scenes, including his death only a week before Armistice. Robert Ross, former lover to Oscar Wilde, also associates with the group, all of them homosexual, risking arrest. Prior, who is fictional, has formed a bond with these men. His own homosexual urges are peppered with desires for women, including his fiancé, Sarah.

This is a powerful novel. Its focus is not just upon the horrors of war, which is what we have come to expect from this kind of narrative. It has plenty to offer on that score as we follow the misfortunes of many of the characters during the months before Armistice. But it also explores death and ritual, and the role of violence in maintaining civilisation. Skulls are a prominent motif throughout the narrative, whether they appear in an X-Ray examined by Rivers in his ward, or feature as the damaged skulls of soldiers suffering horrible wounds, or appear in the Skull House on Eddystone, Micronesia. In Rivers’ estimation, skulls are either of the spirit or the intellect. Like Hamlet considering the skull of Yorrick, Rivers considers the skull of Homu, taken from the skull house and presented to him by Njiru, his equivalent man of medicine in the island society:

This blown eggshell had contained the only product of the forces of evolution capable of understanding its own origins. But then for Njiru too the skull was sacred not in or of itself, but because it had contained the spirit, the tomate

The Ghost Road is not strictly about war, but about its effects. The skull is merely a container for the spirit in Njiru’s culture, but it also houses the organ of the intellect according to our own. And that organ, subject as it is to shock and injury, is fallible. Like Rivers’ patients, it may tell them that their reality is not what it is. It is subject to the vagaries of memory and of emotional trauma. Rivers, himself, cannot remember a picture of an uncle recalled to him by his sister, whose leg is cut off. But it is from the moment he is slapped on the leg by his father – the association of that slap with the memory of his uncle’s leg – that Rivers traces his difficulty with stuttering. Billy, too, has suffered severe memory lapses following his shell shock.

Barker’s approach to the subject of war is not through its visceral horror, but as an anthropological lens turned against the dominant narrative of Western civilisation. This is achieved through the parallel stories of Rivers’ experiences in Micronesia and Prior’s experiences of war. For instance, Rivers recalls a practice on Eddystone whereby boys who were born out of wedlock were raised by a leading man on the island. He would be treated with all kindness and raised as a son of the family. But when he reached puberty, he would lead a pig to a sacrificial stone, whereat his adoptive father would raise a club and crush the boy’s head. Another skull. Rivers links the custom to the story of Abraham and Israel in Genesis, in which Abraham trusts in God when he believes he is called upon to sacrifice his son. In that story, God provides an alternate sacrifice at the last moment and stays Abraham’s hand. For Rivers, The two events represented the difference between savagery and civilisation.

But the delineation is not so simplistic in the novel. On Eddystone, Emele elects to endure the tradition of Tongo polo, a kind of imprisonment in which she must sit in a crippling position after her husband, Ngea, dies. Traditionally, the only reprieve for a wife in this situation was for the men of the island to return with a head from a neighbouring island. They were head-hunters, and its associated traditions gave the culture of the island vitality. When Rivers comes to the island, the British have stamped out the island’s traditions and have imposed harsh penalties for any who maintain them. The islanders are too afraid to defy British rule. Instead of a head, they kidnap a young boy and bring him back, whole and alive, to release Emele. But without their traditions, the island culture witnessed by Rivers is in decline. It is no longer potent, nor purposeful.

Yet Western Civilisation, as represented by the British in Micronesia which imposes these civilised restrictions, has itself forgotten the mercy and faith represented by the story of Abraham. Instead of revering the dead – the Micronesians keep the skulls of their dead in special houses – Western soldiers are shattered across the battlefield, their skulls broken or the minds which they encase, likewise, broken. In this arena, the unifying myths of religion are questioned. Wansbeck tells Rivers that he would like to believe in the possibility of redemption, but the rotting corpses on the battlefield have taken his faith. Rivers, likewise, remembers the flies and smell of the corpse of Ngea’s body when he went to look at it. What about priests keeping a model of a skull on their desks? he asks Wansbeck, clinging to belief. Because it reminds them of their faith. But we have been subjected to too many skulls by this time to believe Rivers is convinced by his own argument. Similarly, Hallet wishes to believe the conflict has purpose when he is sent as a new officer late in the war. But by the time he lies dying with a bullet in his skull, he denies any purpose to the carnage with his last breaths.

Barker’s novel is full of binary oppositions, whether they be cultural, sexual, or achieved through the stories of its characters. The war, for instance, is horrific but its meaning lies in the negation of Western values, suggested by the British interference in Micronesia. Western culture is a culture of science, of art and humanity, but it perpetrates a crime far in excess of the practice of head-hunting, and by doing so is diminished rather than enlivened by the transgression. As a scientist, Rivers seeks to record the customs of a civilisation he is fascinated by, yet also finds inferior. Njiru, whom he judges to be his equivalent on the island, is himself divided in Rivers’ mind, as a man who understands science, but who must pay lip service to tradition. Rivers’ redemption, if anyone has a redemption in this novel, is that he begins to understand that Njiru occupies a more complex nexus between these two worlds. Traditional culture has insights his science cannot access and a value Rivers has not gauged. Rivers’ treatment of his patients ten years later, suggests this.

For Billy Prior, I think the reason he seeks to return to the Front for the fourth time is not that he is careless of his safety, but that meaning has been drained from his world. If they didn’t send him back he was going to be awfully lonely, marooned among civilians with their glib talk. Barker’s novel portrays the horrors of war, but it is also a powerful exploration about social values and their norms, and the means by which civilisation defines itself. 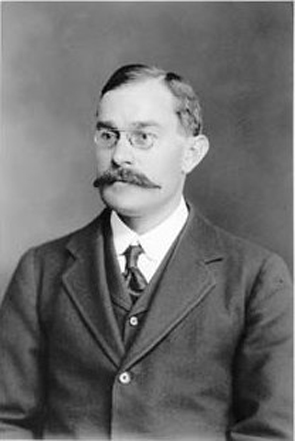 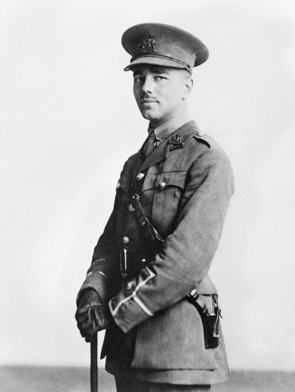 Wilfred Owen
Owen is portrayed as unsympathetic to other soldiers who are injured by gas attacks because they lack discipline with their gas masks in Barker’s novel: Owen irritated me profoundly by saying it was their own fault. He put his mask on in time, he’s all right, he says. A gas attack is the subject of one of Owen’s most famous poems, ‘Dulce et Decorum Est’:
Extract – lines 9-16 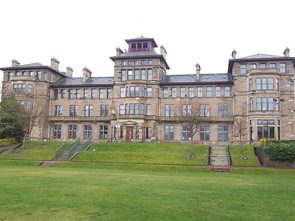 Craiglockhart War Hospital
Seigfried Sassoon was treated here by William Rivers. It is the setting for much of the novel.